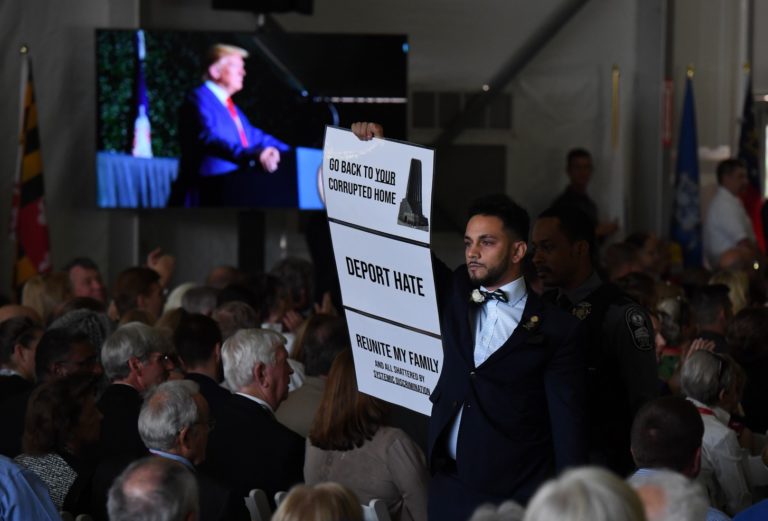 This week started with Trump’s attacks on Black leader House Oversight Committee Chair Elijah Cummings, whose panel has several ongoing investigations targeting Trump and his family. Trump used dehumanizing language like “rats” and “infest” to disparage Cummings’ home district of Baltimore, then broadened his attack during the week to other prominent Black men including Al Sharpton, who he called a “con man” and CNN host Don Lemon who he called “dumb.” Trump refused to back off, escalating his racist attacks — gaslighting the country that he is not the racist, but Cummings is — as news of hate-based shootings and instances of overt racism spread in an anxious and increasingly divided country. 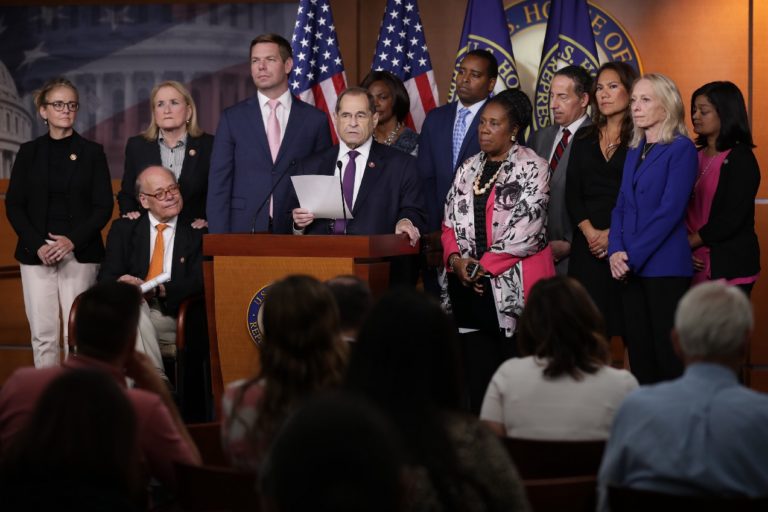 This week Robert Mueller testified before the House Judiciary and Intelligence Committees about his 448 page report. The testimony was the first glimpse many Americans had of its findings, especially Mueller’s stark warnings on Russia’s past and ongoing interference, and Trump’s and other regime members’ financial and other conflicts. While the media quibbled over whether Mueller was made-for-television articulate, the House Judiciary Committee took the first steps to effectively start an impeachment investigation, as over 100 House members have now come out in favor of impeachment. Despite testimony by Mueller and FBI director Christopher Wray, as well as a bipartisan Senate Intelligence Committee sounding alarms about Russia’s ongoing efforts at election interference, Senate Majority Leader Mitch McConnell continued to halt efforts by Congress to counter Russian meddling. 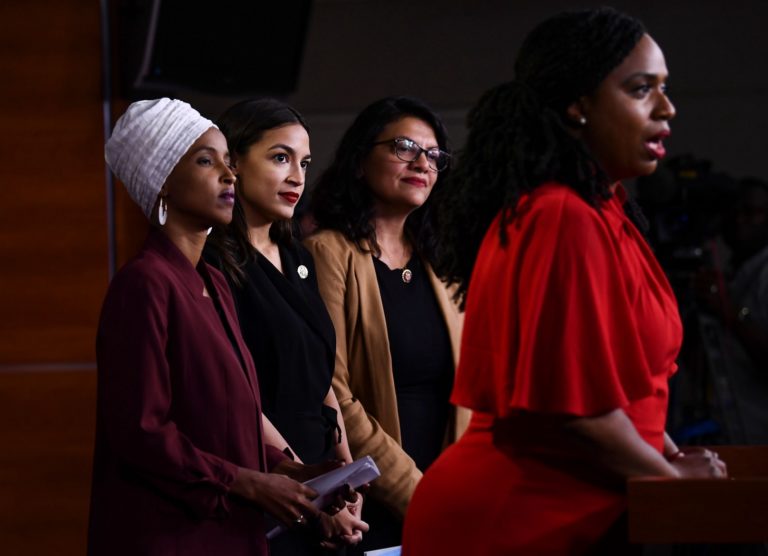 This week, in a shocking display of racism, Trump tweeted that four congresswomen of color should “go back” to the countries they came from. Amid Republican silence, rather than backing off, Trump ramped up his attacks, leading to a mid-week rally where his supporters chanted “send them back.” At first Trump seemed to distance himself from his supporters’ chants, but the next day doubled-down, calling the supporters “incredible patriots,” while escalating his attacks on the congresswomen further. Still, by week’s end, no Republicans publicly criticized Trump, rather backing him or seeking to redirect his racist comments to a discussion of political ideology. 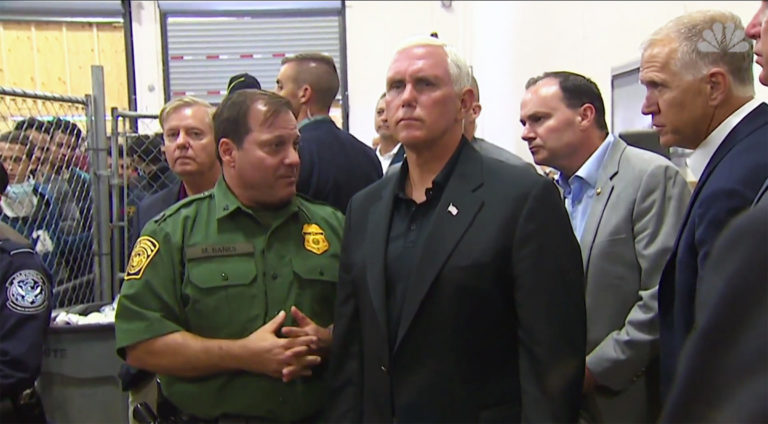 This is the longest week so far, and it felt that way. The chaos of our lives has obfuscated the damage and extremes under Trump, as each week blurs into the next week’s crises and unprecedented actions. This week’s turmoil centered on Jeffrey Epstein’s arrest and the resignation of Labor Secretary Alex Acosta, the 13th Cabinet member to depart the regime — next week there will certainly be new plot lines to engage and exhaust the American people. 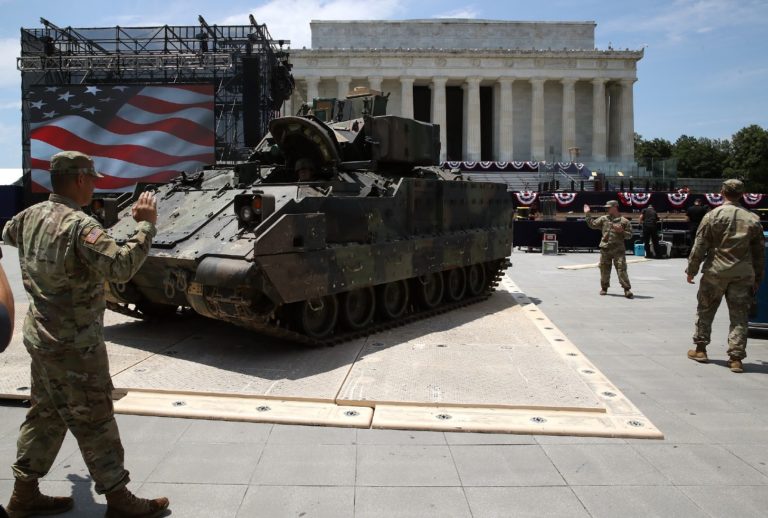 This week, two years after visiting France for Bastille Day and admiring its military display, Trump hosted a “Salute to America” on July Fourth, replete with an expansive array of military hardware and troops. The scenes of tanks rolling into the nation’s capital drew comparisons to other authoritarian regimes who flaunt their military might through public displays, including North Korea, where Trump paid a surprise visit as the week began. 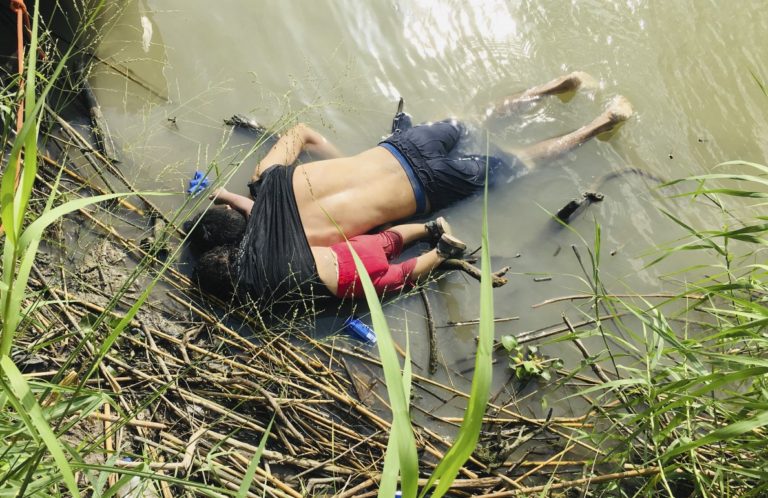 This week as Trump backed off mass deportations, public outcry grew over conditions at detention centers for migrant children. Reminiscent of Theresienstadt Ghetto in the Nazi era, the Trump regime offered limited tours of detention centers to the media — viewings that contradicted interviews of immigration lawyers and advocates who described first-hand the inhumane conditions and traumatized children. Much of the country was moved and heartbroken over a photo of a Salvadoran father and daughter who drowned on the bank of the Rio Grande trying to cross to the U.S. 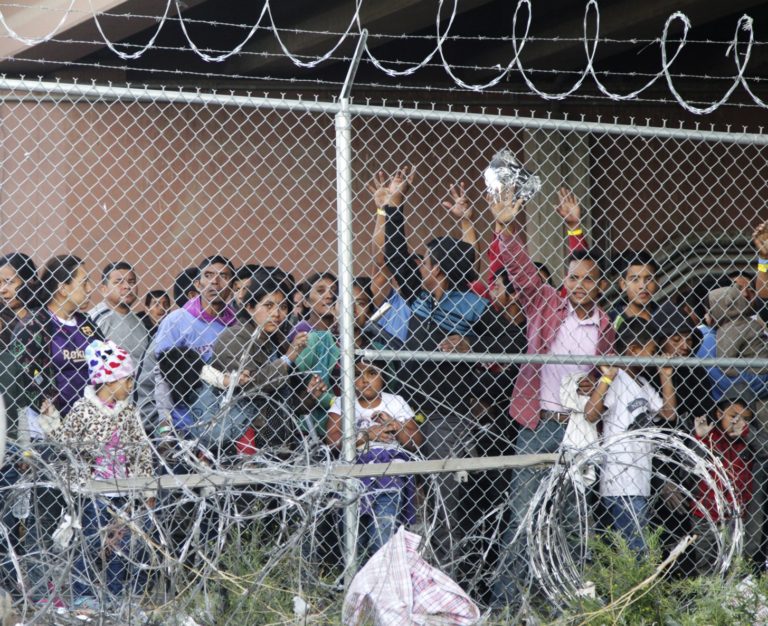 This week Trump manufactured two major story lines: an almost war with Iran, and mass roundups and deportations of “millions” of immigrants. The two stories occupied much of the national attention, while Trump continued to stonewall Congressional attempts at oversight.

Authoritarian expert Masha Gessen wrote about “The Unimaginable Reality of American Concentration Camps,” as a national discussion over conditions at border facilities played out. Journalists, who have been given no access to facilities, reported through interviews on the alarming treatment of migrant children, including overcrowding, illness, and lack of basic necessities. 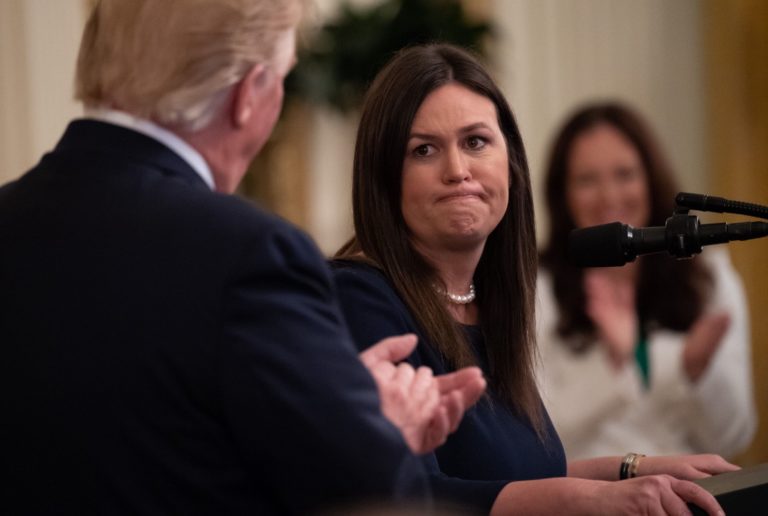 This week in an interview with ABC News, Trump suggested he would take damaging information from foreign governments on political adversaries without reporting it to the FBI, setting off alarm bells. The Chair of the Federal Elections Commissions took the unusual step of issuing a public statement reminding campaigns that taking foreign assistance is illegal. Nonetheless, Trump allies largely defended his statement, and continued to block measures to protect the 2020 election. 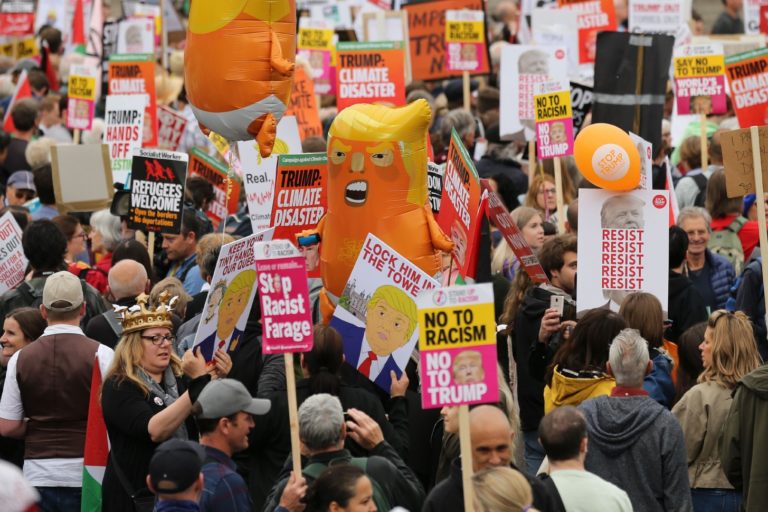 This week Trump traveled to the U.K., where he was met with mass protests which he denied existed, then to his property in Ireland en route to the 75th anniversary of D-Day ceremony in Normandy, where he attacked Robert Mueller and Speaker Nancy Pelosi. In London, Trump and his children acted more as if a royal family than a head of state, and continued to intertwine their business dealings and the presidency. 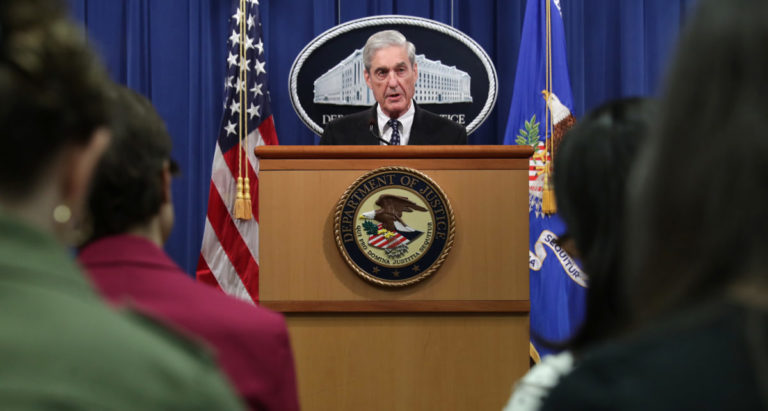 This week, special counsel Robert Mueller addressed the nation for the first time since the start of his investigation. Notably, Mueller said, “If we had had confidence that the president clearly did not commit a crime, we would have said so,” contradicting Attorney General William Barr’s statements, and Trump’s repeated proclamations of “no obstruction.” Mueller resigned and closed the special counsel office, and seemed to pass the ball to Congress on whether to pursue charges against Trump. Speaker Nancy Pelosi demurred, but pressure built this week after Mueller’s appearance with 55 members of Congress backing an impeachment inquiry, up from 31 last week, including 13 of the 24 House Judiciary Committee members.