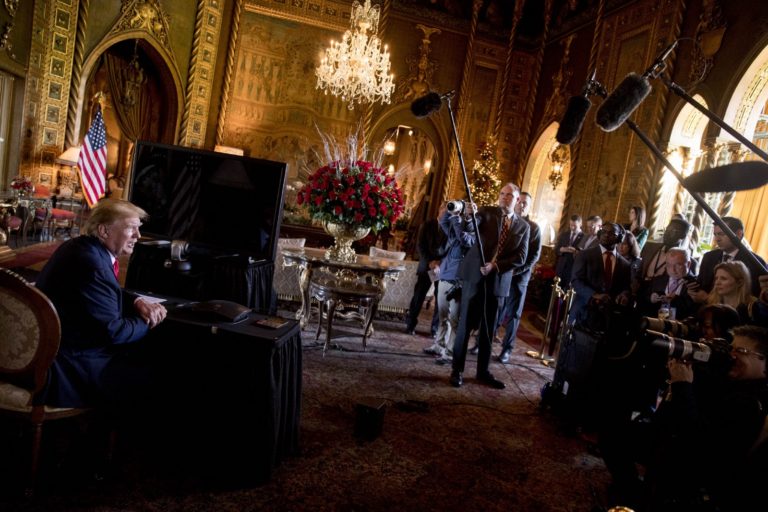 This was the quietest week in months as Congress left Washington for a two-week holiday break. After House Speaker Nancy Pelosi refused to transmit articles of impeachment to the Senate, Trump spent the week stewing and repeatedly attacking her on Twitter and in his limited public appearances. Sen. Lisa Murkowski became the first Republican Senator to speak out against Majority Leader Mitch McConnell’s handling of the impeachment trial, saying she was “disturbed” by his “total coordination” with the White House. 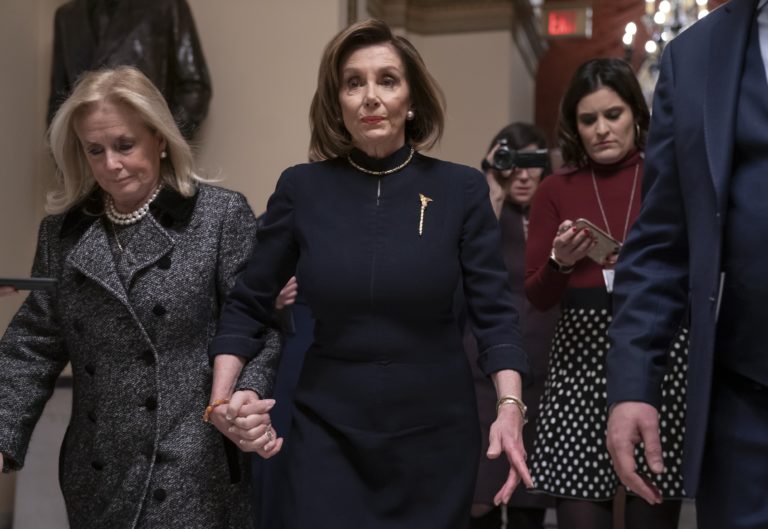 In this historic week, Trump became the third president in U.S. history to be impeached. Unlike his recent predecessors who faced the process, Richard Nixon and Bill Clinton, Trump showed no remorse; rather as the vote was occurring, Trump blasted impeachment and his political opponents in a two-hour meandering speech at a campaign rally in Michigan. Even by his standards, his rhetoric was mean and petty — invoking a deceased Congressman, and suggesting he was watching from hell as his wife, Rep. Debbie Dingell, voted for impeachment. 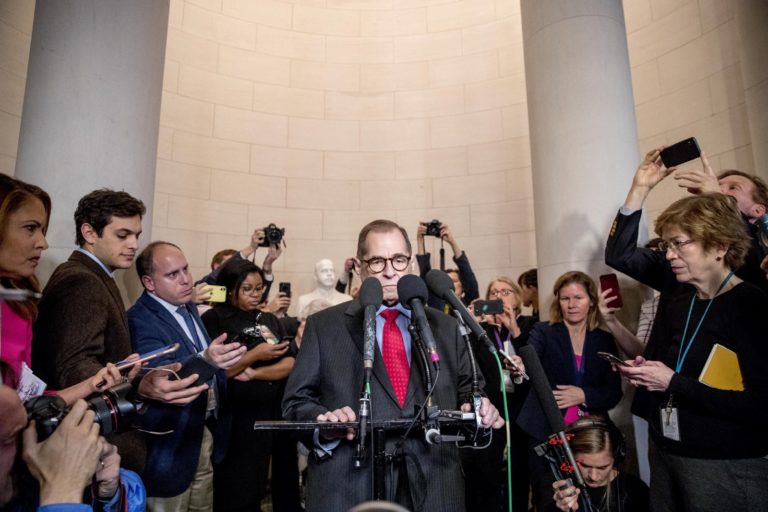 This week, the House Judiciary Committee debated and voted to approve two articles of impeachment against Donald J. Trump, for abuse of power and obstruction of Congress. After two fiery days of debate, the panel took a somber vote Friday, marking the fourth time in U.S. history the Judiciary passed articles of impeachment. Remarkably, Senate Leader Mitch McConnell appeared on Fox News the night prior, saying he was in “total coordination” with the White House, and there was “zero chance” Trump would be removed from office. 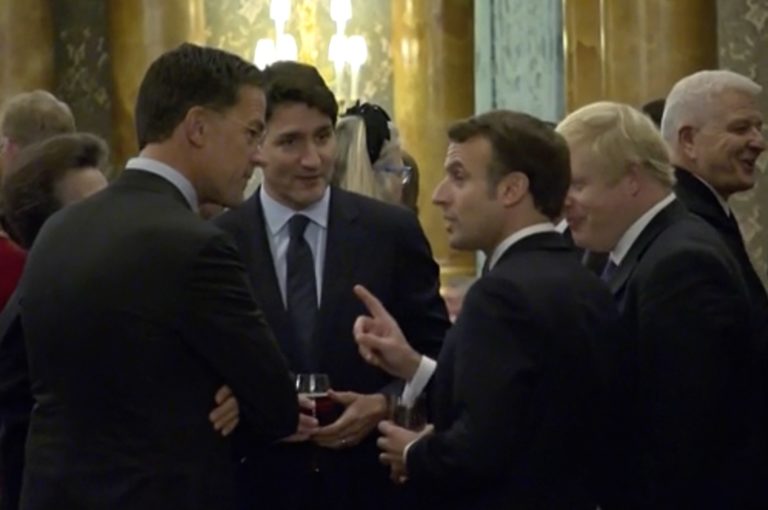 This week, Trump traveled to London for the NATO summit as impeachment hearings got underway in the House Judiciary Committee, and Democrats on the House Intelligence Committee issued a scathing 300-page report. While Trump sought to display strength abroad, and used the summit as an excuse not to participate in impeachment hearings, a video at a Buckingham Palace reception surfaced Tuesday night showing world leaders openly mocking and laughing at him. He abruptly left early Wednesday, seething and returning in disgrace as the constitutional scholars testified in House impeachment hearings. Harvard Law School professor Noah Feldman said, “the reason the Constitution provided for impeachment was to anticipate a situation like the one that is before you today.” 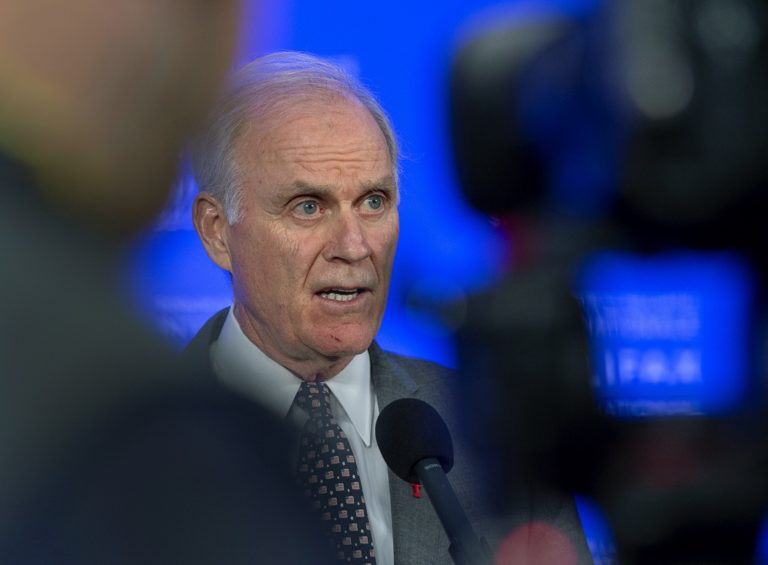 This week, more conspiracy theories were debunked, as a draft of the Department of Justice Inspector General report found the FBI did not try to place spies in Trump’s 2016 campaign, nor did Obama wiretap him. Trump allies continued to push the conspiracy that Ukraine, not Russia, may have interfered in 2016, despite it being thoroughly and widely disproved.

Trump sought to portray strength — firing the Navy Secretary and tweeting an image of his face super-imposed on the body of Sylvester Stallone in “Rocky.” He told supporters in Florida how hard he was working for them — as opposed to Democrats’ focus on impeachment — then clandestinely flew to Afghanistan on Thanksgiving to visit U.S. troops under false pretenses. 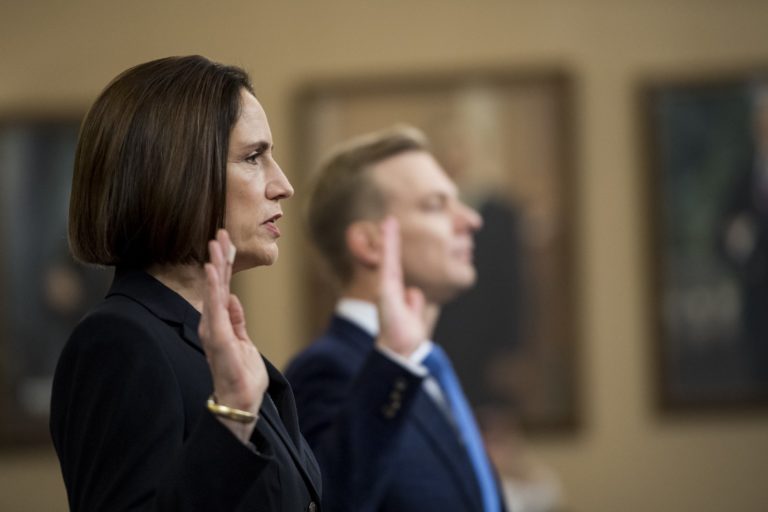 This was a remarkable week in impeachment hearings as nine witnesses testified. By week’s end, it was clear that there was a coordinated effort that included multiple senior Trump officials “in the loop” seeking investigations from Ukraine in exchange for aid and a White House visit — an effort that went against U.S. national security interests. Trump and his allies’ defense, claiming Ukrainian corruption and 2016 interference, was also debunked, leaving by week end their only defense to be lack of a firsthand witness to Trump directing the activities. The impeachment hearings were stunning as, with each passing day, it became all the more clear how irreverently and irresponsibly Trump has acted, yet how unwilling the Republican Party was to stand up to him and hold him accountable. 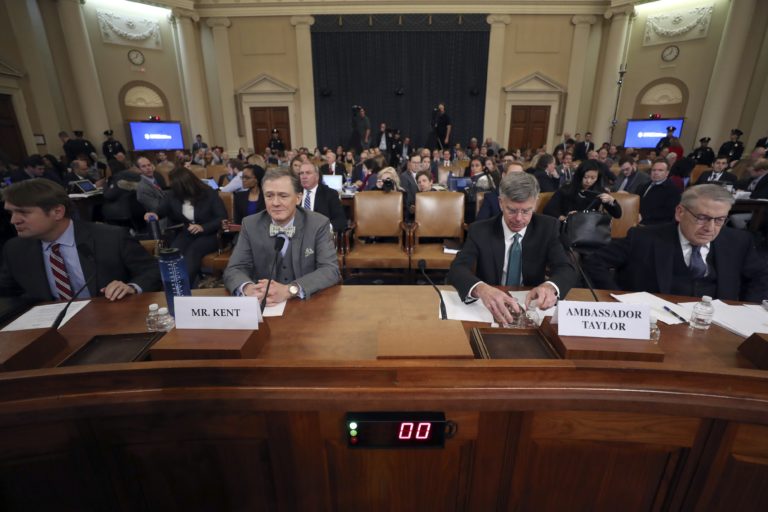 This week public impeachment hearings started, with three career diplomats testifying before the House Intelligence Committee. Senate Republicans were notably quiet in their defense of Trump, while Republican House members focused mostly on the process, especially for the third witness, Maria Yovanovitch, who proved unassailable. William Taylor testified about a previously unknown phone call on July 26 overheard by his staffer David Holmes, in which Trump asked about “the investigation,” and Sondland assured him Ukraine would comply. Closed door hearings continued as well, as more career officials came forward to testify. 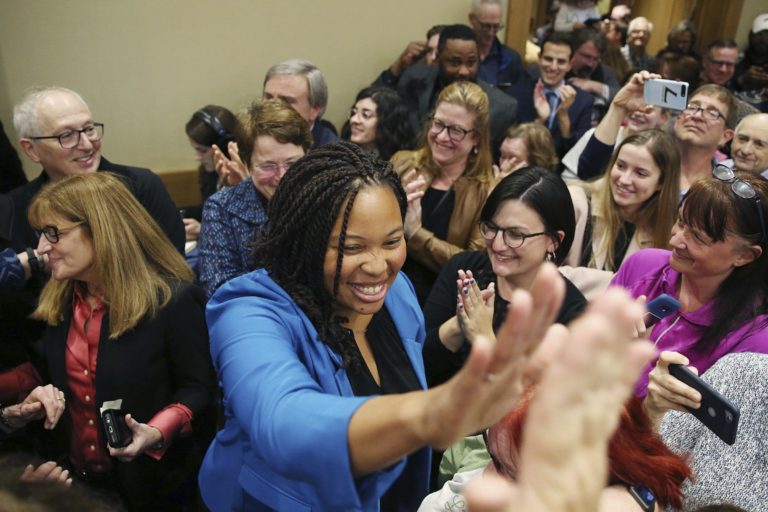 This week, House Democrats released transcripts of eight depositions, and announced a schedule for public hearings next week. As support for impeachment plateaued, Democrats tentatively planned to fast-track hearings, with a vote on articles of impeachment before the holiday break. Republicans meanwhile, careened from varying defenses of Trump, from it was not a bad quid pro quo, to he is not competent enough to carry out quid pro quo, to targeting witnesses and the whistleblower, to considering sacrificing a fall guy in Trump’s stead. 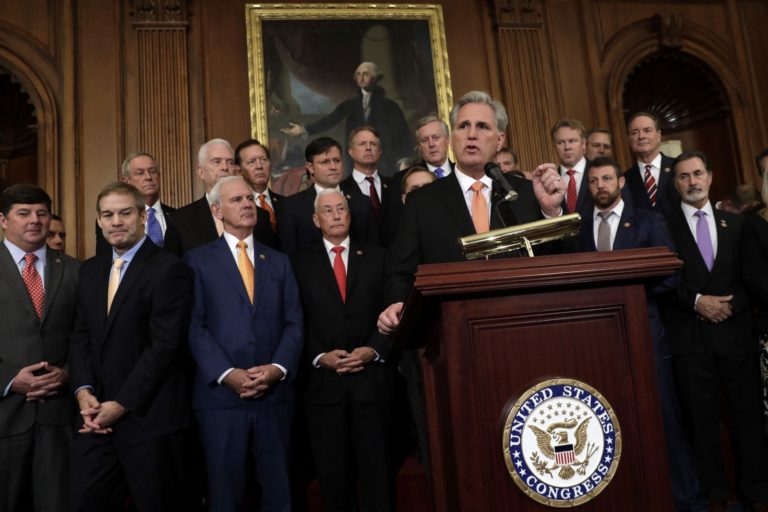 This week, further testimony in the impeachment probe brought the fifth and sixth public confirmation of a quid pro quo between Trump and Ukraine, including so far William Taylor, Gordon Sondland, Sen. Ron Johnson, Mick Mulvaney, Alexander Vindman and Tim Morrison. By week’s end, Senate Republicans discussed shifting their defense of Trump to acknowledging his quid pro quo, but saying it was not illegal — differing from House Republicans who continued to deny it, and Trump who maintained he had a “perfect” call and tested out new explanations for what occurred. Allegations of a possible White House cover up of Trump’s July 25 call also surfaced in this week’s testimony. 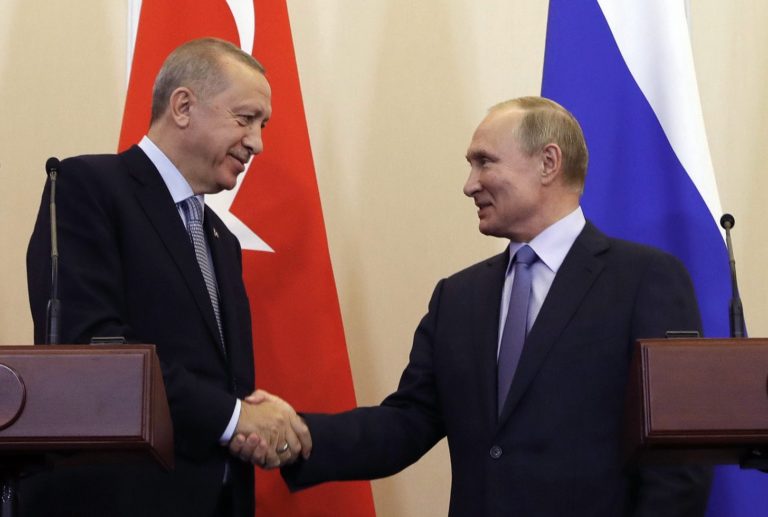 This week marked a major shirt in the world order, as Trump finalized the evacuation of troops on Turkey-Syria border, and the void of leadership was instantaneously filled by Russia. Russian President Vladimir Putin hosted Turkish President Recep Tayyip Erdogan in Sochi, before hosting 40 African nations there, at what was dubbed the first Russia-Africa summit. As House Speaker Nancy Pelosi suggested to Trump in Week 153, “All roads with you lead to Putin.” Later in the week, Trump zig-zagged and sent U.S. troops and armored vehicles back to the region to guard oil fields, and suggested to millions of Kurdish civilians, displaced and endangered by his withdrawal, that they should relocate there.