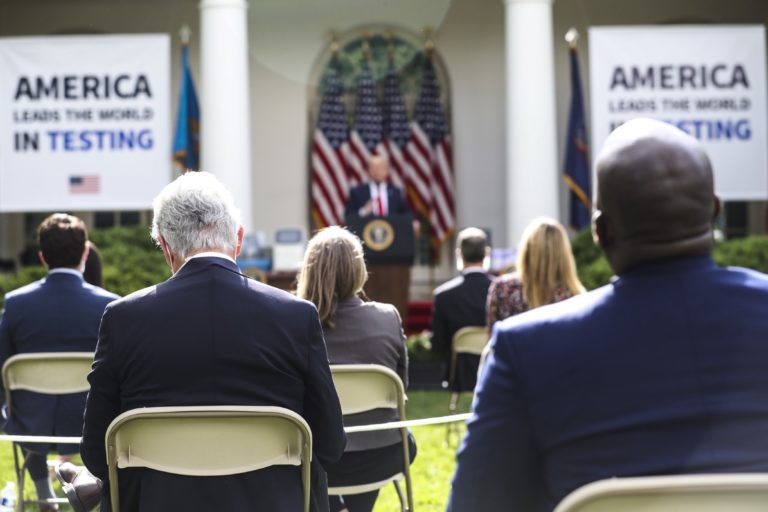 This week Trump tried out a new, more positive approach as the death toll passed 80,000 and more than 36 million Americans were unemployed, claiming, “We have met the moment and we have prevailed.” Trump bragged the U.S. leads the world in testing, then later seemed to indicate testing was not important, and if we didn’t test so much, we wouldn’t have so many cases — leading an NYT health and science reporter to say of Trump, “This is not somebody whose grasp of the science is even third-grade-level.” 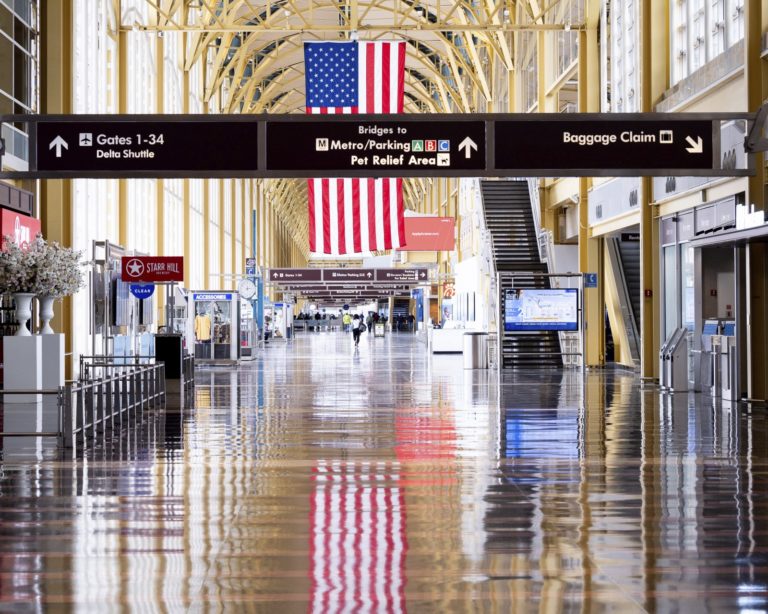 This week, despite a White House model showing ending social distancing would result in a spike of 200,000 new cases a day and deaths of 3,000 a day, the majority of the country started to reopen. Public health officials warned of dire consequences, with one likening the premature reopening to genocide, but Trump triumphantly declared Phase 1 was over, and now the American people would need to be “warriors” and return to work — a possible death sentence for many of the vulnerable.

This week, with his approval dropping and Republicans alarmed about losing the Senate in 2020, Trump shifted away from holding daily task force briefings. Instead, he and his regime sought to portray a great economic recovery coming soon, with the worst of the pandemic behind us. Trump told reporters, “I see the light at the end of the tunnel very strongly,” and Jared Kushner told “Fox & Friends” that the regime’s handling of the crisis was “a great success story.” 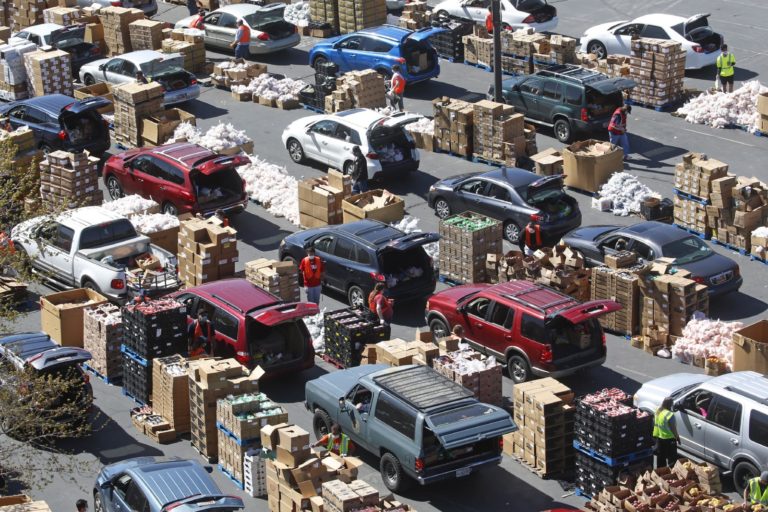 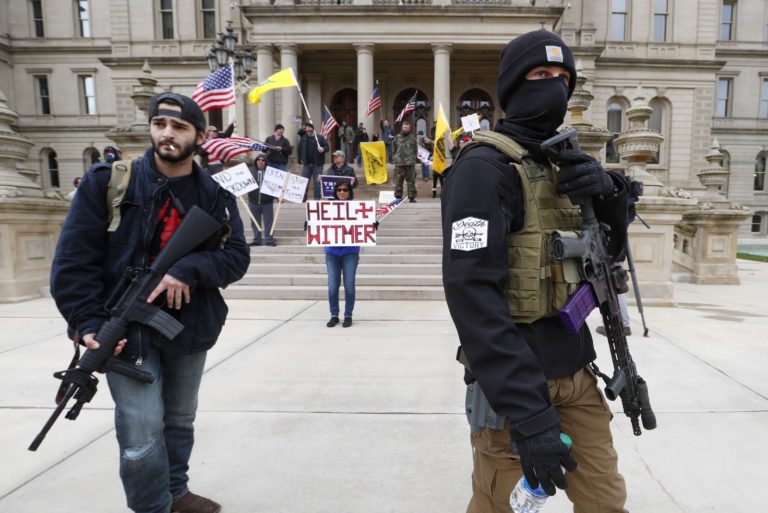 This week Trump threw a series of shiny coins to distract from the growing death toll and his mishandling of the coronavirus response. On Monday, he proclaimed he, not the governors, had “absolute authority” to reopen the country; on Tuesday he halted funding to the World Health Organization in the midst of a global pandemic; on Wednesday he threatened to adjourn Congress to make recess appointments; on Thursday he announced his plan to reopen the economy to much ballyhoo and which wasn’t actually a plan; and on Friday he encouraged protestors with tweets to “liberate” states from lockdown orders. Each item was remarkable on its own, and the media spent their days dissecting the legality of the pronouncements and whether they were presidential, as the death toll surpassed live lost in three years of the Korean War and kept going. 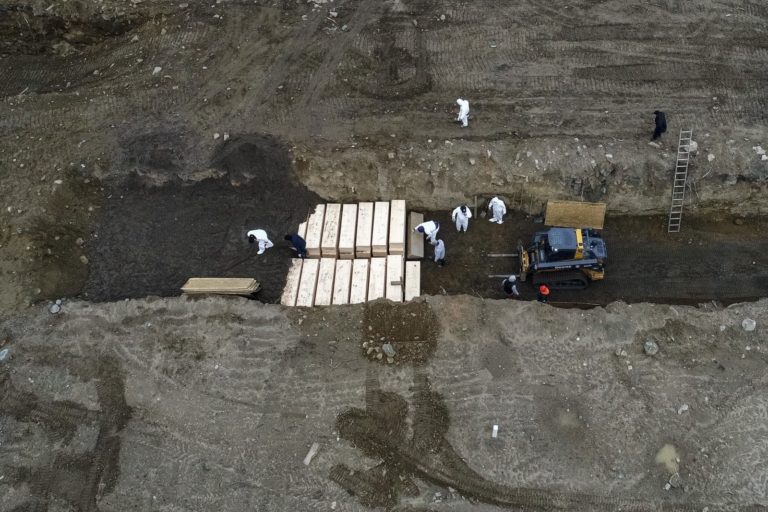 This week, nearly 12,000 Americans died of the coronavirus. The U.S. became not only the country with the most cases by a factor of three, but also the country with the most deaths in the world. As American bodies piled up, Trump was obstinate and refused to change his approach, instead continuing to tweet grievances and holding daily campaign rallies masquerading as task force briefings, some lasting hours long. 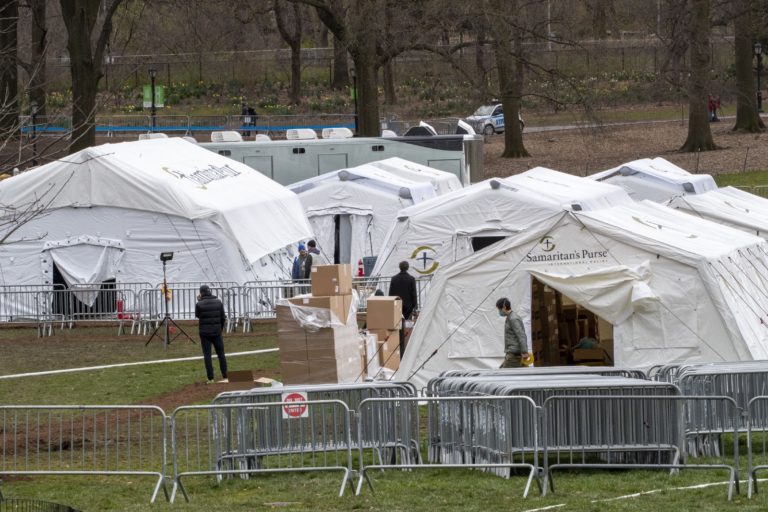 This week coronavirus cases and deaths in the U.S. spiked, adding close to 200,000 reported cases, and by midweek, more than a thousand Americans were dying each day. Trump pivoted from denying the crisis and wanting to reopen the country, to suddenly acknowledging the gravity and claiming if 100,000 to 200,000 Americans die, he will have done a “very good job” — a remarkable claim! Only two times in American history, the Civil War and World War II, did more Americans die. 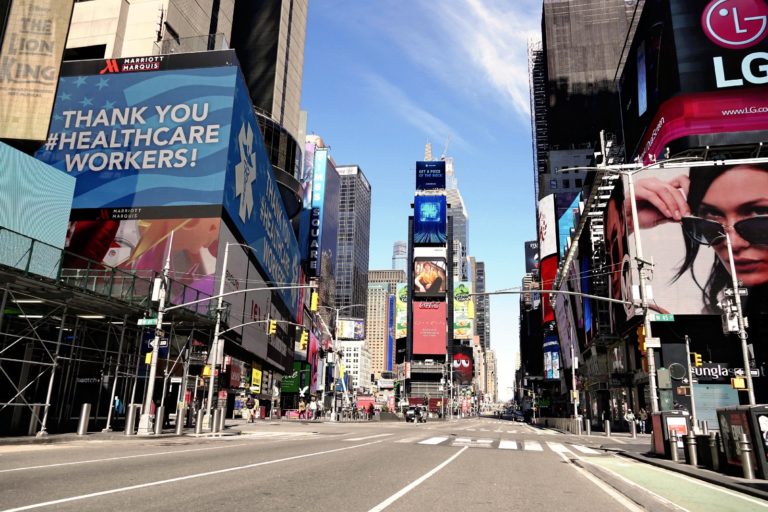 This week the U.S. continued exponential growth of coronavirus cases, finding itself with the most cases in the world on Thursday — surpassing Italy and China. The number of deaths likewise continued to grow exponentially. New York was hardest hit, accounting for roughly half the cases, but was also ahead of the rest of the country in aggressively testing and quarantining.

An impetuous Trump, eager to put this all behind him, and concerned about the stock market and his re-election, continued to minimize the pandemic, saying Monday he wanted to reopen the economy at the end of a 15-day period, meaning next Monday. On Tuesday, he tweaked that slightly to say he wanted to have the churches full by Easter Sunday, saying it would be “beautiful.” Dr. Anthony Fauci, who seemed to be the sole voice of reason in the task force, pushed Trump to be flexible and watch the virus. This week, the daily coronavirus task force briefing devolved into Trump campaign rallies, filled with lies and disinformation — causing one death in Arizona where a man and his wife ingested Trump’s supposed coronavirus cure. 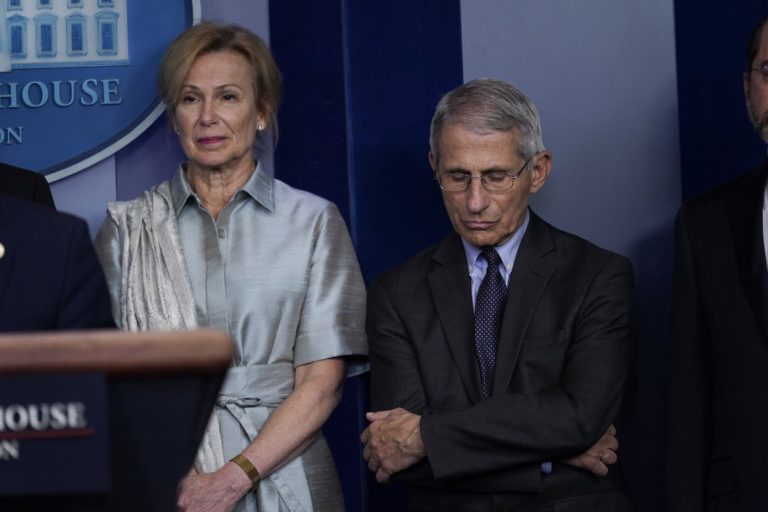 This week the United States had the highest spread rate of the coronavirus of countries reporting, starting the week with roughly 2,500 cases, and ending the week fourth in the world with more than 22,000. Countries that had early testing available like South Korea saw their daily adds ebb to below 100, while daily growth in U.S. cases was close to 50%. Despite Trump’s promises last Friday for 1.4 million tests this week, a new Google testing website and drive-thru testing at retailers — none of it happened. Trump continued this week to hold daily press briefings in which he lied, spread disinformation, and attacked the media, while self-aggrandizing — resembling and replacing Trump’s campaign rallies. 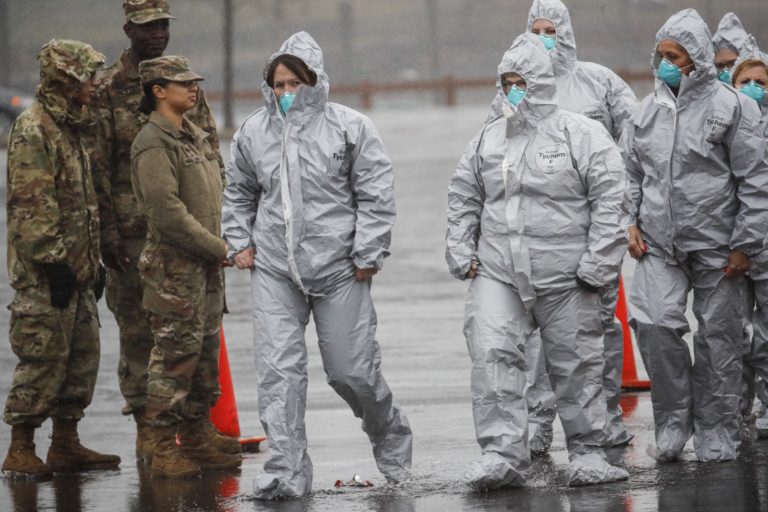 This week Trump finally was no longer able to sustain a narrative minimizing the severity of the coronavirus outbreak. The week started with 387 cases in 28 states, and ended with more than 2,500 cases in 49 states, D.C., and Puerto Rico, with 51 Americans dead. Trump continued to blame everyone but himself: the Obama administration for lack of testing, the Federal Reserve for stock market volatility, the media for creating panic and holding him to account. On Friday, he called a national emergency as the country was gripped with fear and uncertainty.