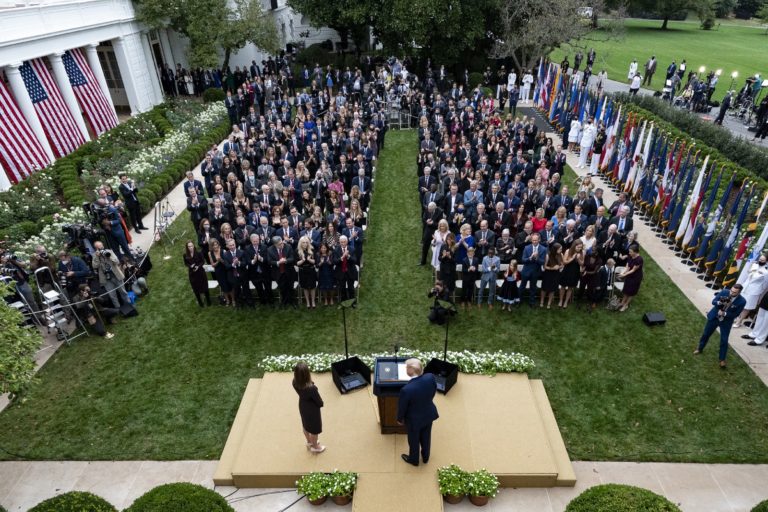 On Thursday of this week, around 5 p.m., I tweeted that this week was unusually quiet in terms of the chaos, and was on pace for the fewest broken norms in 2020. I wrote that I was not sure what to attribute it to, but “We might be heading toward the end.” Hours later, Bloomberg News reporter Jennifer Jacobs broke the news that Hope Hicks had tested positive for coronavirus, which led to a cascade of disclosures. Shortly after midnight that evening, Trump announced on Twitter that both he and First Lady Melania were also positive. 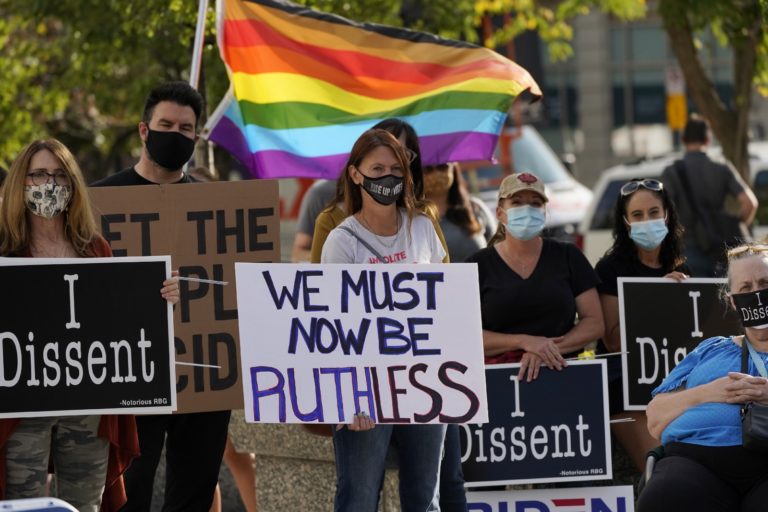 This week Trump said he would not accept a peaceful transition of power — a remarkable, unprecedented statement. While there was pushback in the form of the Senate voting for a resolution affirming its commitment to a peaceful transition — without mentioning Trump by name or condemning his statement — Trump persisted with his lies about mail-in ballot voter fraud, and refused to back down.

While polls show Biden winning nationally and in battleground states won by Trump in 2016, Trump’s threat, accompanied by an article in The Atlantic saying Trump might try a coup if he loses, left the country on edge — especially with Trump moving forward to appoint a Supreme Court nominee, stacking the court 6–3 ahead of legal challenges. Even Pentagon leaders were reported to be discussing what they would do if Trump tried to use troops on protestors. Yet, while Trump continued to sow doubt about the election, voters requested mail-in ballots in record numbers. States that revealed voting requests data by party identification showed a huge margin of Democrats requesting and sending back their ballots over Republicans. 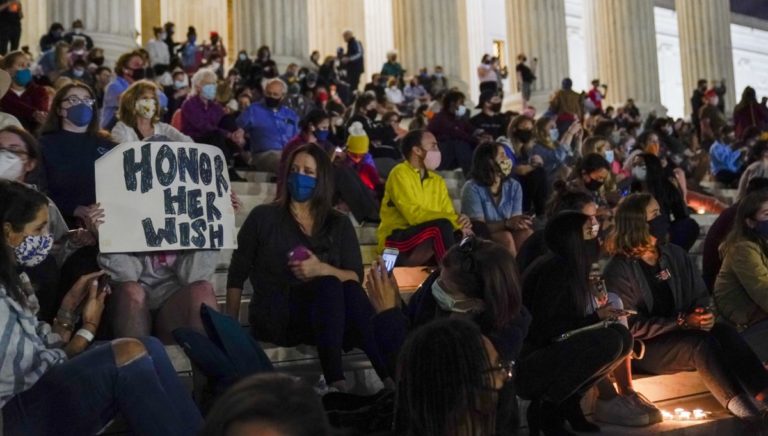 It’s hard to express the sense of loss this year has brought to the our country: already we’ve endured three years of division, broken norms, lawlessness, kleptocracy, bigotry and hate, gaslighting and non-stop lies — leaving our country anxious and exhausted entering the 2020 election. 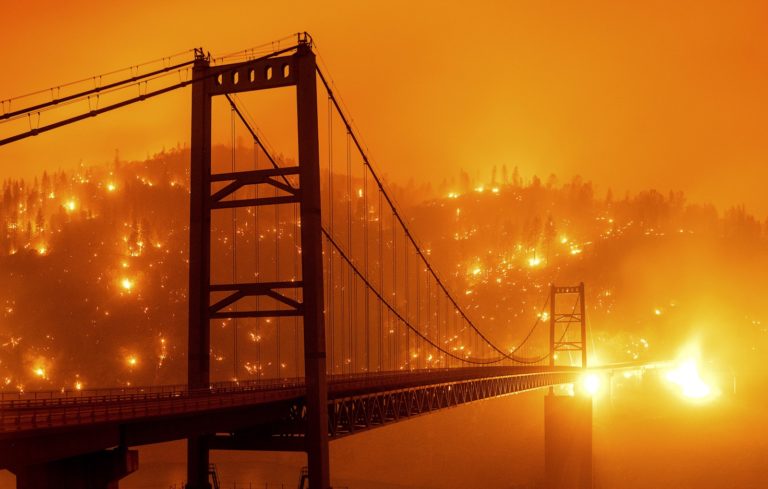 Things are getting worse in America, week by week. This week, as the West Coast saw wildfires spread, with much of California, Oregon, and Washington covered in smoke so thick the sun couldn’t break through and the sky was a hazy gray or shade of yellow and orange, Trump ignored it. Just as he skipped a commemorative ceremony in lower Manhattan for the anniversary of 9/11 — as if the blue states were not his responsibility — repeating a theme from the start in office: leader of his supporters, not the country. 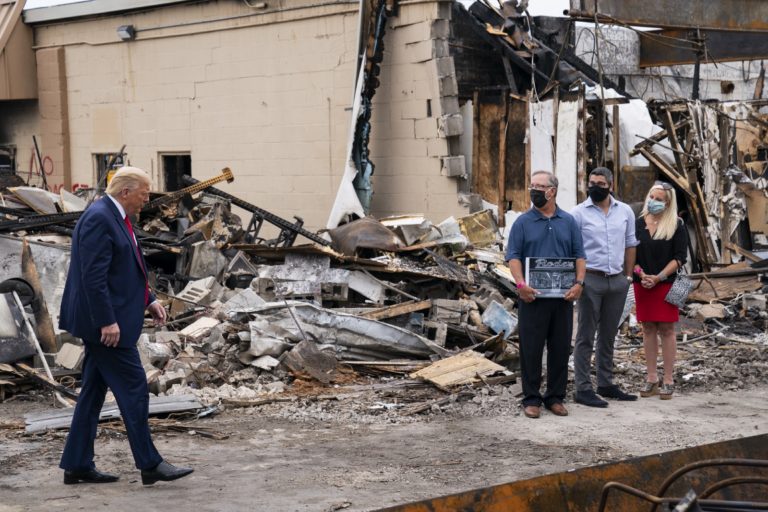 This week, with no discernible post-convention bounce and the election two months away, Trump was frenzied. He started the week with a storm of tweets, and then embarked on espousing a series of bizarre conspiracy theories that made him appear mentally unfit to lead, some of which were then backed in part by Attorney General William Barr — our country’s chief law enforcement, who openly lied and obfuscated in a television interview. 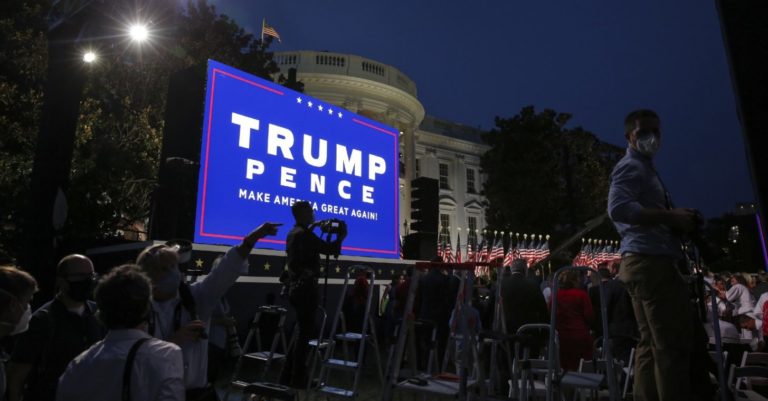 This week, the Republican Party held its convention — which was likened to a Trump convention — a four-day span of shocking broken norms, and possibly multiple violations of the law. Gone were names familiar to the Grand Old Party, replaced by Trump loyalists and his family members. Republicans, for the first time 1856, didn’t even produce a platform! Instead, the convention was akin to a reality television show, starring Trump every night, full of lies, misinformation, and an alternative reality in which the pandemic was over. 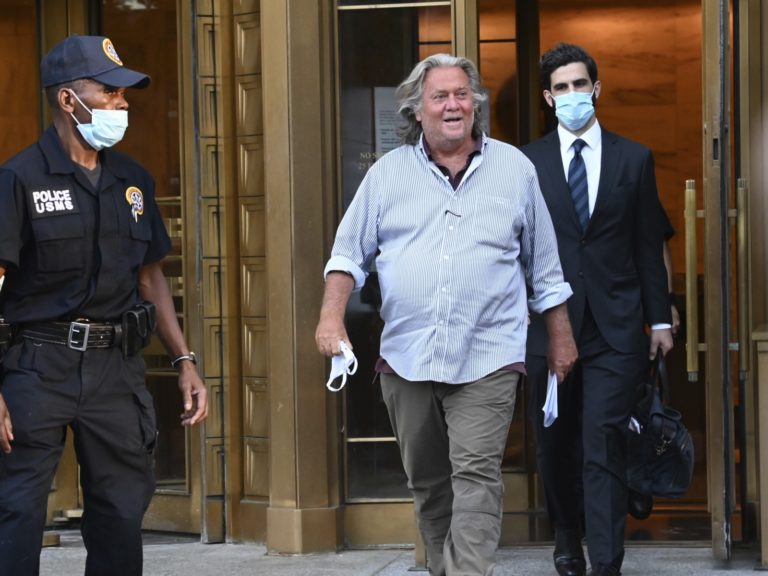 This was the longest weekly list, and it was simply exhausting. The Democrats held a very successful first virtual Democratic National Convention, while Trump spent the week advancing lies and conspiracy theories about voting to undermine the election. Polls continue to show he will lose by a wide margin. 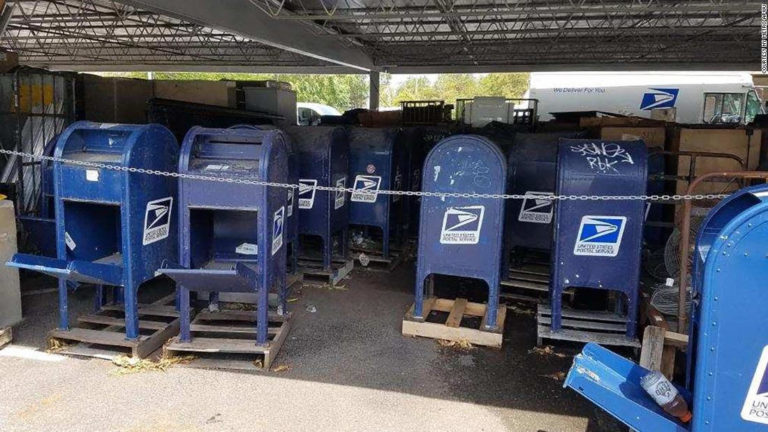 This week, presumptive Democratic nominee Joe Biden chose his running mate, Sen. Kamala Harris, the first Black and Asian American vice presidential candidate. An oddly unprepared Trump campaign and Republican Party reacted with a deluge of sexist and racist attacks, including shameful accusations of “birtherism.” Trump also threw his support behind a House candidate who espouses the QAnon conspiracy theory and is openly racist, raising serious concerns again about the future of the Republican Party. 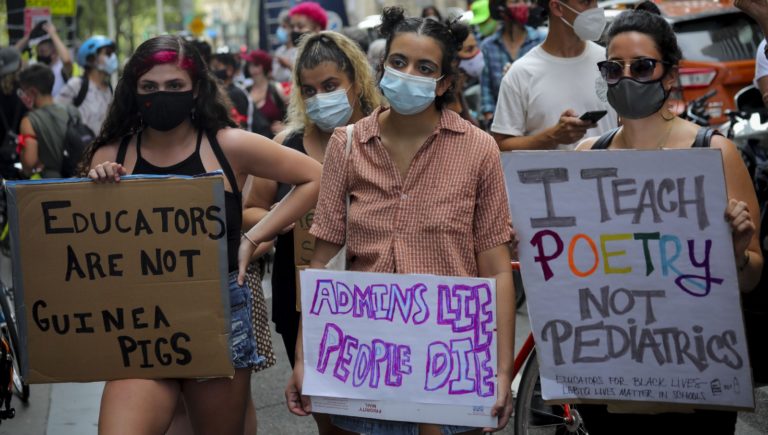 This week U.S. intelligence revealed Russia is actively interfering in the 2020 presidential election, with a goal of harming presumptive Democratic candidate Joe Biden. Democratic leaders pressed NCSC Director William Evanina to inform the American people, while Republicans, reminiscent of 2016, tried to obfuscate intelligence by publicly claiming it was unclear Russia was helping Trump, and using the whataboutism that other countries, China and Iran, were also interfering. 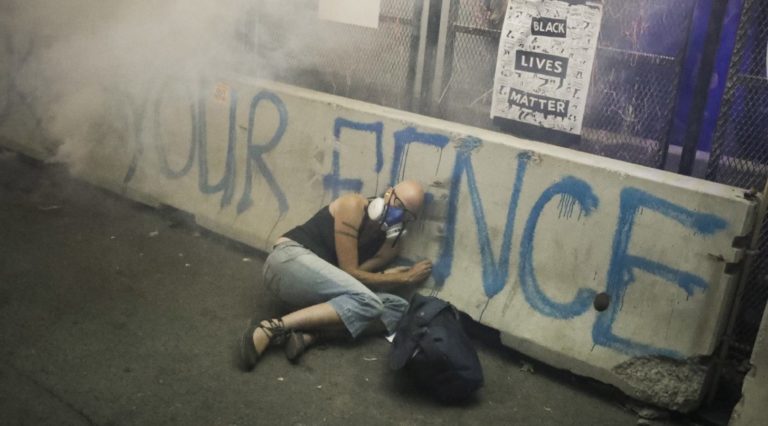 This week, for the first time, Trump publicly floated the idea of delaying the November election, drawing swift condemnation from Democrats and a mild rebuke from Republican leadership. The co-founder of conservative Federalist Society said in an op-ed that Trump should be removed if he tries to follow through. Undeterred, Trump spent the week continuing to sow doubt about the results of the “rigged” and “most fraudulent” upcoming election. His U.S. Postal Service appointee meanwhile took steps to slow the flow of mail ahead of the expected surge of mail-in and absentee ballots in less than 100 days.