In another frenzied week in America, Trump fired his secretary of state through a tweet, and continued to stoke fears of imminent additional departures, in what was described as a White House verging on mania. Trump is reportedly joyful, feeling liberated to act on his impulses and authoritarian instincts. Even as the Mueller probe and allegations of paying to silence Stephanie Clifford close in, Trump is cocky and irreverent —as if signaling he has matters in hand.

Russia seems increasingly aggressive and emboldened, in sharp contrast to, and perhaps with the silent complicity of Trump. Alarming reports surfaced not only of Russia’s use of chemical weapons and possibly murdering another Russian exiles in the UK, but also attacking US and European nuclear and energy infrastructure. In response, our Treasury Department took the first baby steps in imposing sanctions, while Nikki Haley and the White House issued a stark warning on Russia’s use of nerve gas. Amid an almost completely decimated leadership structure at our State Department, Trump, Kushner and Ivanka — although under clouds for self-dealing and security clearance issues — consolidated worldwide diplomacy in their hands. 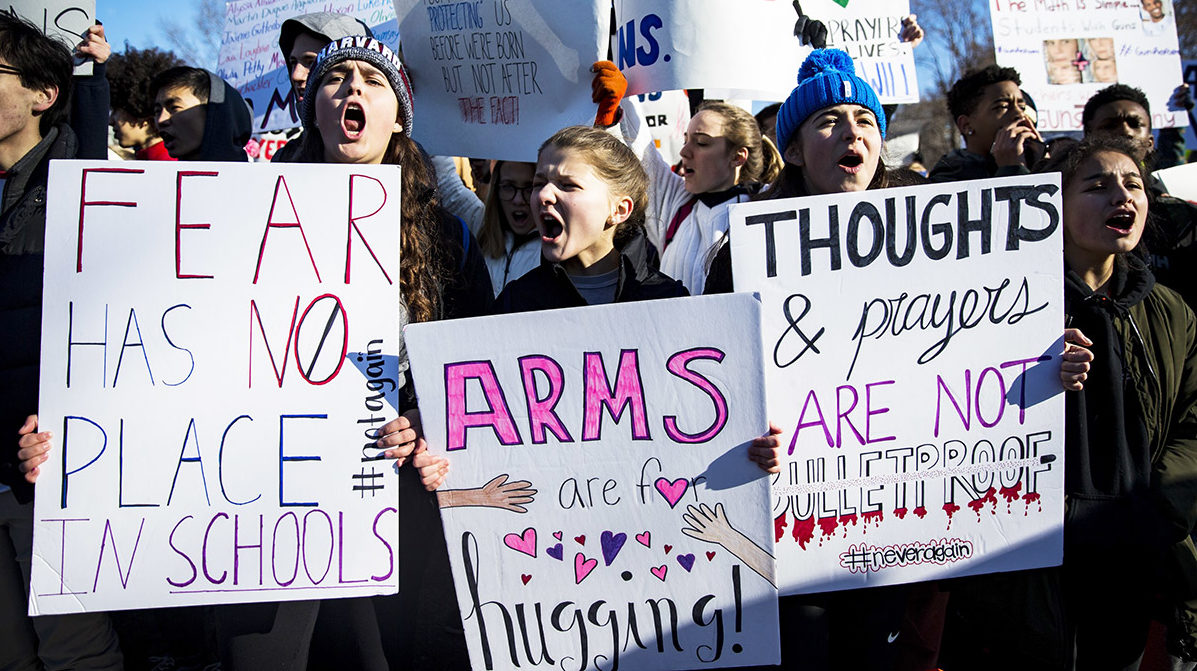 Thousands of students protest in front of the White House for greater gun control after walking out of classes in the aftermath of the shooting after a gunman killed 17 people at Marjory Stoneman Douglas High School. Protests took place at schools around the country.