This was Trump’s worst week since taking office. So far.

This week Trump lost loyalist Hope Hicks, and along with the broadening and deepening Trump-Russia probe, Trump became even more unhinged, angry and erratic, deciding by midweek he would ignore all experts and party loyalists and unilaterally act — first on gun control, which he retracted a day later, and then imposing tariffs, again against the counsel of all around him. Also striking out at and threatening to fire or push out almost everybody left in leadership in his shrinking regime, including his son-in-law and daughter, while low and mid-level staffers raced for the exits.

The length of this list will stand testament to what it felt like to live in America this week. Trump’s daily rages and outrageous, puerile, unpredictable behavior have stunned our country and the world. There is almost no aspect of Trump or his White House operating with a semblance of what have been our democratic norms, or a sense of order and balance. Complete, and ongoing meltdown. 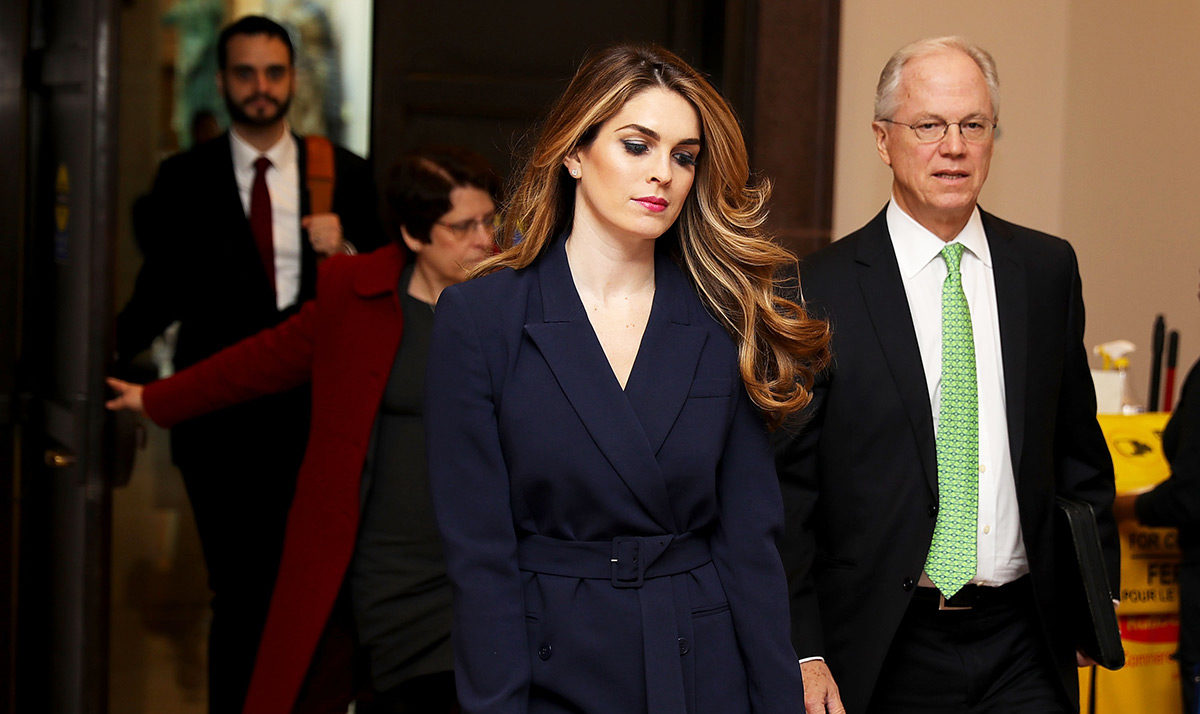 White House Communications Director and presidential advisor Hope Hicks arrives February 27, 2018 to testify behind closed doors to the House Intelligence Committee in its ongoing investigation into Russia’s interference in the 2016 election. The next day, after admitting telling “white lies,” Hicks resigned.