On a holiday week with Congress out of session, gun control and the Mueller probe dominated the headlines and the country’s attention. The youth-led activism on gun control sparked by Parkland students has been compared to the successful youth movement against the Vietnam War. The Trump regime was caught flat-footed on the issue, left to parrot NRA talking points; while one White House described the mass shooting as a “reprieve” from a series of negative news and scandals starting in Week 65.

The Mueller probe made news this week with new indictments, and the probe’s fourth and fifth guilty pleas. A comparison of public knowledge on where the probe was headed was made to the “tip of the iceberg,” as charges against a previously unknown Dutch man whose father-in-law is a Russian oligarch came Tuesday. Trump’s White House continues its high-drama chaos with continuing threats of firings and actual resignations, and amid controversy over access to highly classified materials. 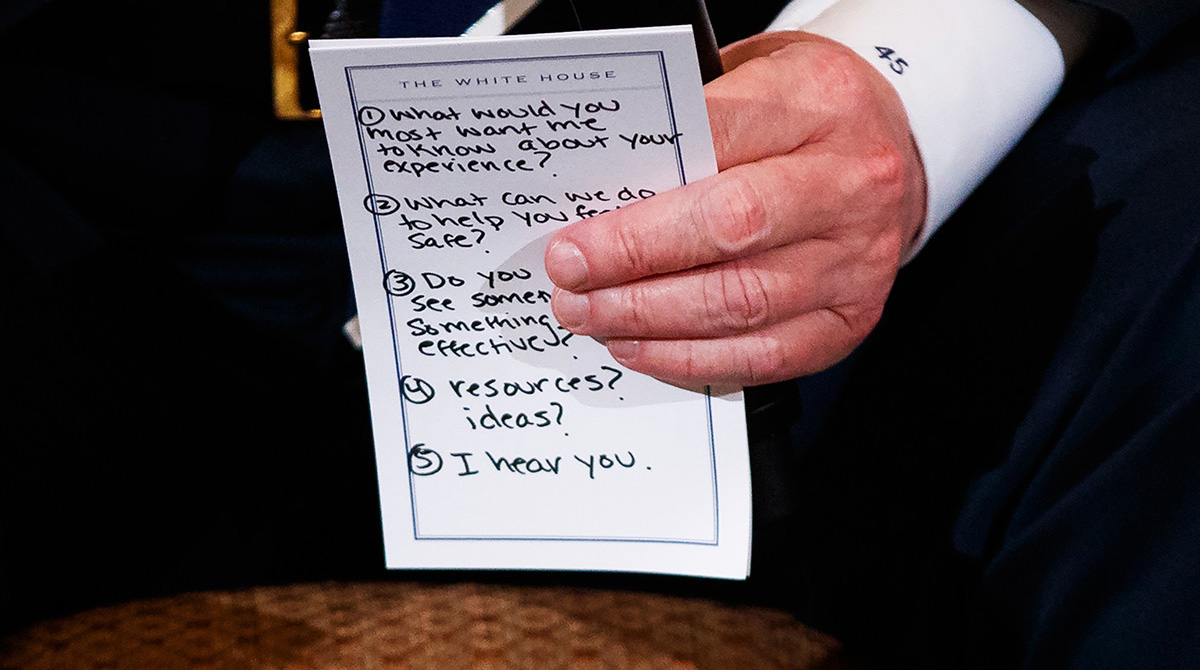 Trump holds notes during a listening session with high school students and teachers in the State Dining Room of the White House in Washington, Wednesday, Feb. 21, 2018. Trump heard the stories of students and parents affected by school shootings, following last week’s deadly shooting in Florida.