For the first time in quite a while, this week Trump had no control over the narrative. What was supposed to be his Infrastructure Week, was quickly supplanted by the Rob Porter scandal, which carried over from Week 65 and escalated, highlighting the Trump White House dysfunction. Another mass shooting shook the country and left Trump and his regime flat-footed ahead of bombshell indictments unsealed by Mueller against Russians on Friday.

The indictments highlight what heads of US intelligence unanimously agreed to in Senate hearings, and what H.R. McMaster called “incontrovertible” — that Russia interfered in the 2016 presidential election. Trump’s continued denial of Russian meddling leaves him in an isolated and untenable position, as the country awaits his response to Russia.

Of note, this week there was push-back from inspector generals, watchdog groups, and the judicial branch against the regime’s kleptocracy and corruption — some of the first signs of accountability. 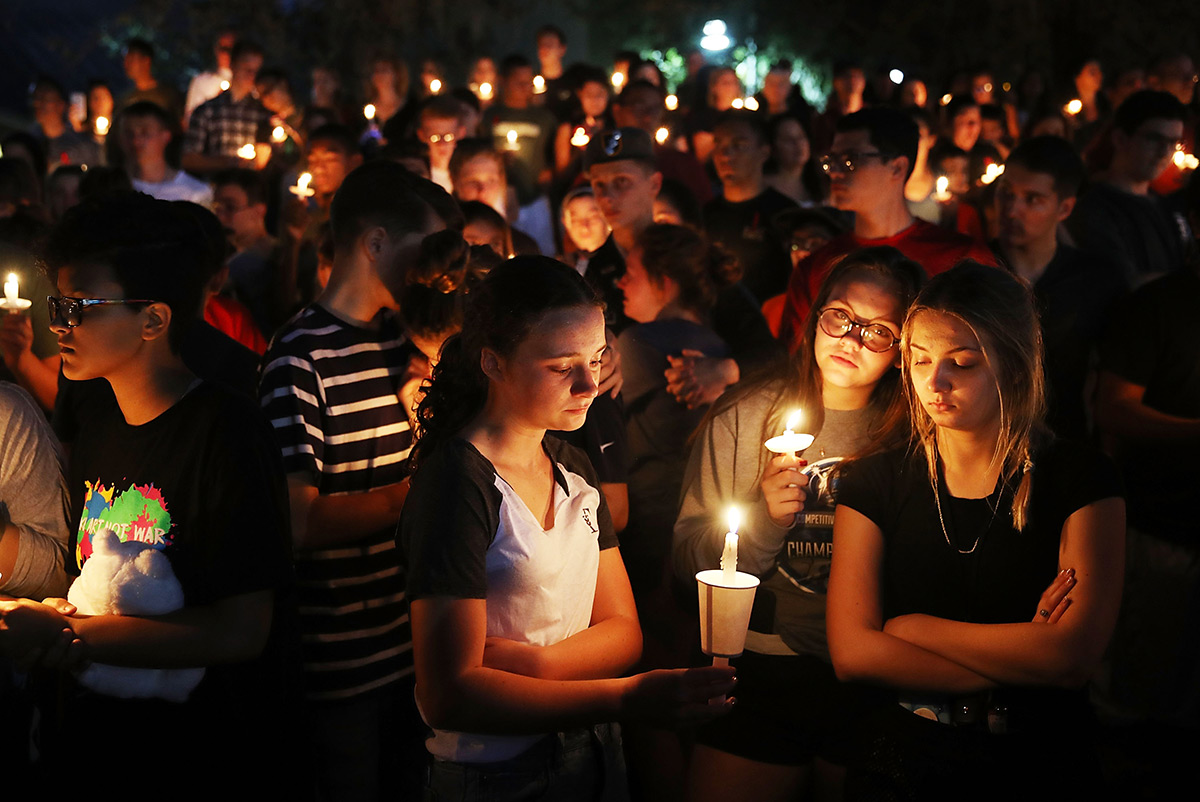 Students, staff, and members of the community attend a candlelight memorial service for the victims of the shooting at Marjory Stoneman Douglas High School that killed 17 people on February 14, 2018 in Parkland, Florida.