The news this week was dominated by the Devin Nunes memo, which, following high drama and despite calls to withhold it from US intelligence leaders including Trump appointee Christopher Wray, was released on Friday. Trump suffered no consequences for making highly classified information public, nor for pushing out Deputy Director of the FBI Andrew McCabe, almost assuring he will irreverently continue to take steps to undermine the Mueller probe, likely dispensing with Rod Rosenstein next. With few exceptions, Republicans remain silent and complicit.

This was also the week of Trump’s first State of the Union address which was a blur in the bedlam of Week 64. Critical stories about Russia’s slow creep into our country and Trump’s refusal to impose sanctions were the most alarming stories this week, yet received little attention. Nor did the stories about the continued dismantling of our executive branch agencies, and ICE ramping up their heinous activities, unchecked. 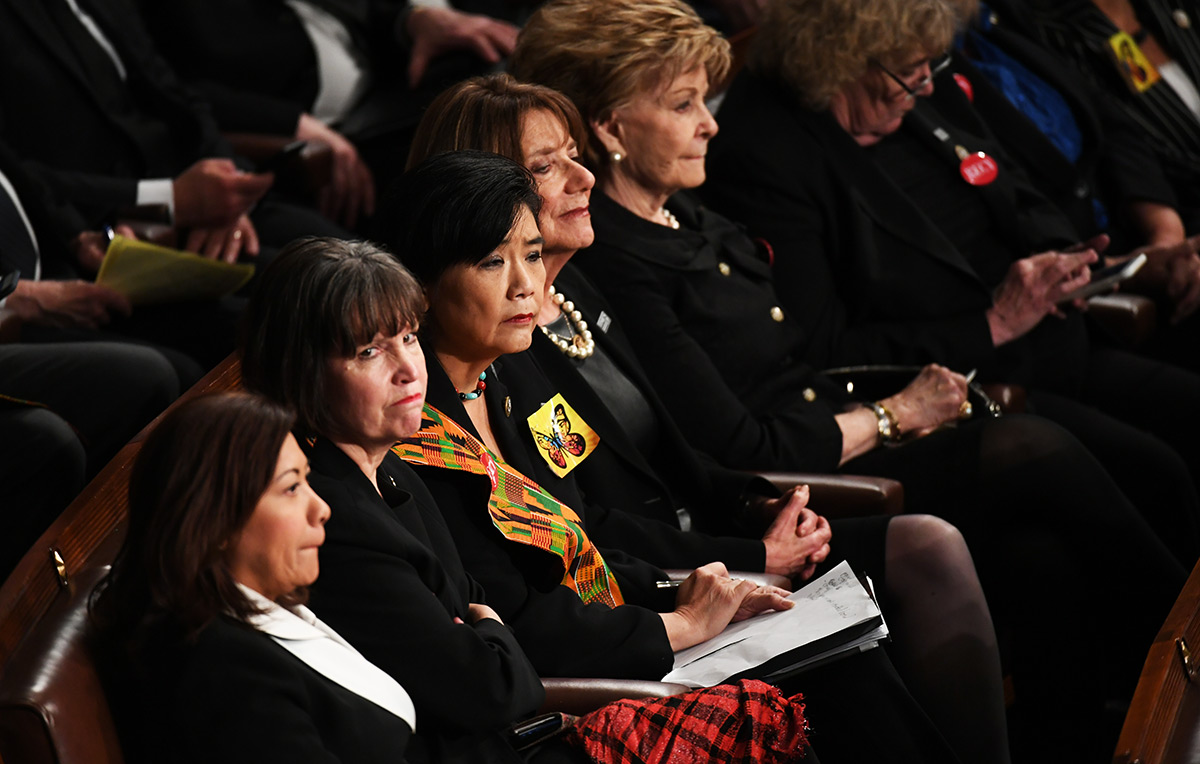 Democratic lawmakers, dressed in black to make a statement in support of women impacted by sexual assault and harassment, listen as Trump delivers his State of the Union speech before members of Congress in the House chamber on January 30.