Trump marked his one-year anniversary in office with a government shutdown, the first shutdown in history when a single party is in control of the House, Senate, and White House. Trump’s erratic behavior and fluid positions on issues were fuel on the flames of a country and Congress torn and divided. Conversely, the anniversary of the Women’s March celebrated millions marching in 250 cities across the country, and marked a record number of women running for office and becoming politically involved.

This week new evidence emerged of Russia’s effort to financially support Trump’s 2016 campaign, while the Mueller probe engulfed more Trump insiders quoted in Wolff’s book. With all the noise and chaos, it was again easy to miss the continued dismantling of our federal agencies, and disappearing rules and protections for women and marginalized communities. 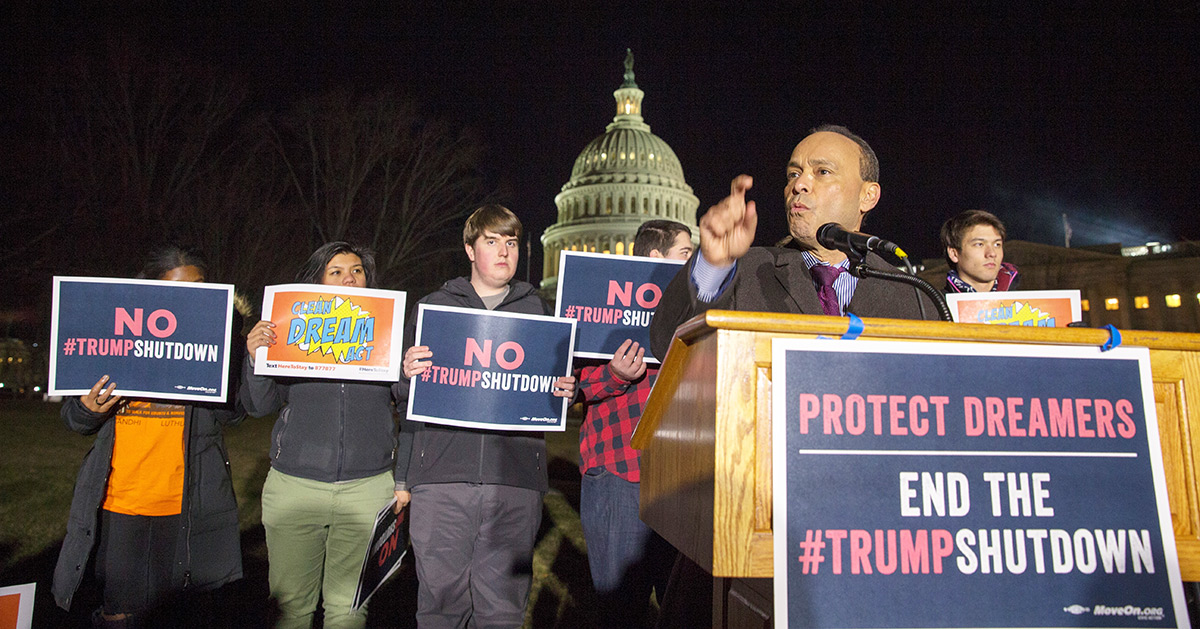 Rep. Luis Gutierrez (D-IL) speaks at a rally outside the US Capitol on January 19 to fight to add protections for Dreamers into the spending bill being negotiated by Trump and Congress.