This week marked further erosion to our failing democracy. Attacks on, and deconstruction of our free press is happening at an alarming rate, as conservative billionaires buy up media outlets, some of which are then precipitously shuttered. Republicans in the Senate passed a tax bill whose primary beneficiary will be people like Trump and regime members, without any debate, scoring, hearings, or even a chance for senators to read a bill which impacts one-sixth of the US economy.

This week Trump continued his bigoted attacks on marginalized communities, dividing us at home and embarrassing our country on the world stage. There was disturbing reporting on Trump’s mental health, including his continued belief in conspiracy theories. With events and his actions this week, Trump’s net approval gap (-29) matched an all-time low.

This week was the second bombshell in the Mueller probe, as Michael Flynn pleaded guilty to lying to the FBI and agreed to cooperate. Flynn’s testimony in court documents ties in Trump son-in-law Jared Kushner, and Flynn’s ongoing cooperation will likely ensnare many higher-ups, including Trump. 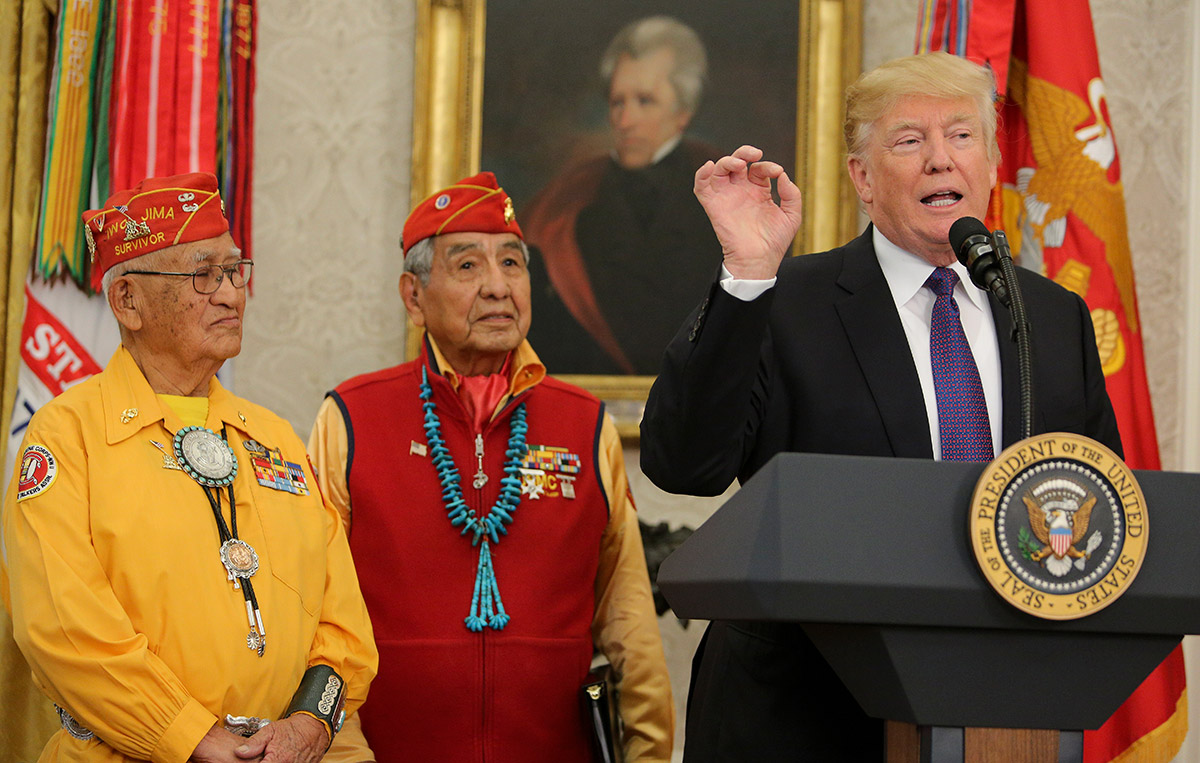 Trump speaks during an event honoring members of the Native American code talkers in the Oval Office. Trump stated, “You were here long before any of us were here. Although we have a representative in Congress who they say was here a long time ago. They call her Pocahontas,” in reference to his nickname for Sen. Elizabeth Warren. Trump stood before a painting of Andrew Jackson, known for his harsh treatment of Native Americans as president.