This week Trump’s ties to Russia came increasingly front and center, as news of a second, clandestine meeting between Trump and Putin at the G20 surfaced, and Trump moved forward with actions that seemed oddly pro-Moscow. Trump also caused alarm on both sides by raising the specter of firing Mueller and the possibility of pardoning himself and members of his regime.

For the first time this week there was bipartisan reaction: there were resignations, and pushback from national security officials who called out Russia for election meddling. Also of major importance, Congress agreed on an outline for a bipartisan bill to impose sweeping sanctions on Russia — a direct repudiation of Trump. 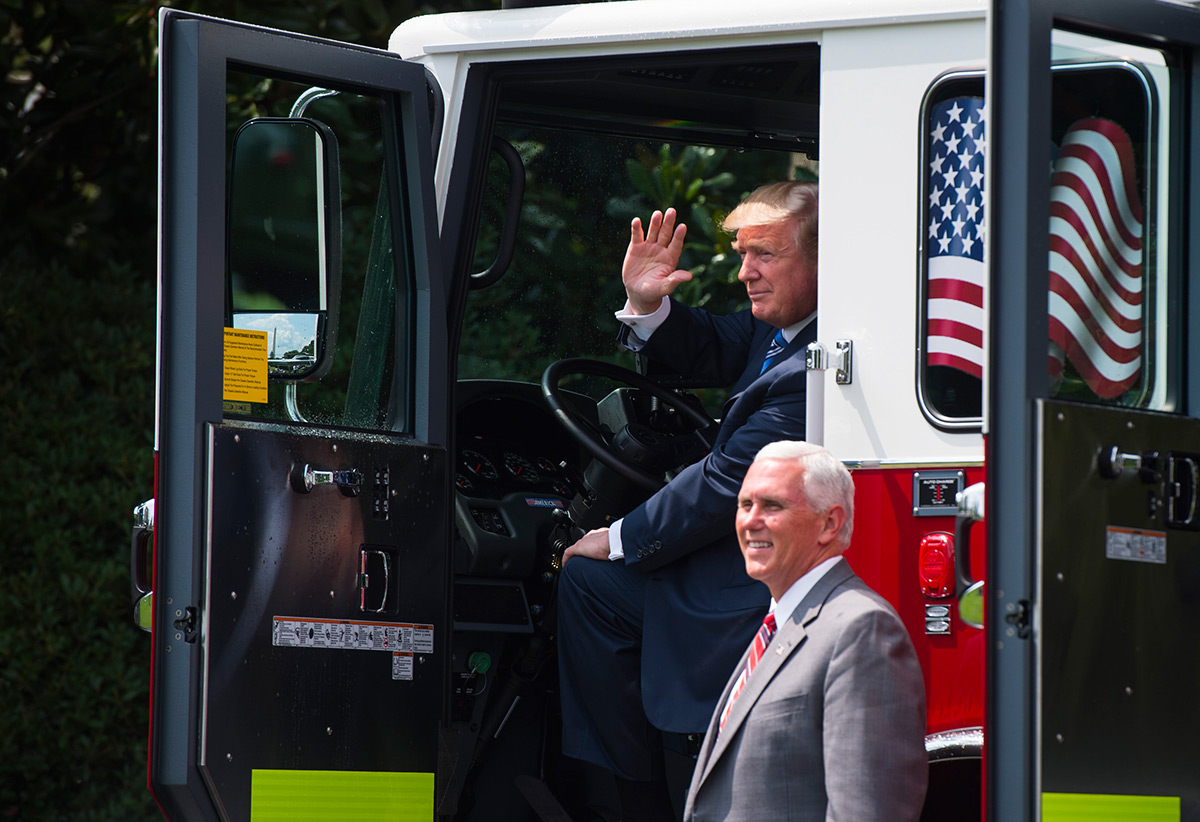 Trump tested out a fire truck at his ‘Made in America’ event.