This was a week of complete disarray within the Trump regime: firings, resignations, withdrawals. Trump distracted and played to his remaining base all week by targeting marginalized groups, and ramping up hateful rhetoric.

Also of note, and a continuation from Week 36: Republicans are turning on Trump — this week, not just in words this week, but in actions. And in response, by firing Priebus and replacing him with a general, Trump seems to be preparing for an aggressive approach towards the legislative branch. 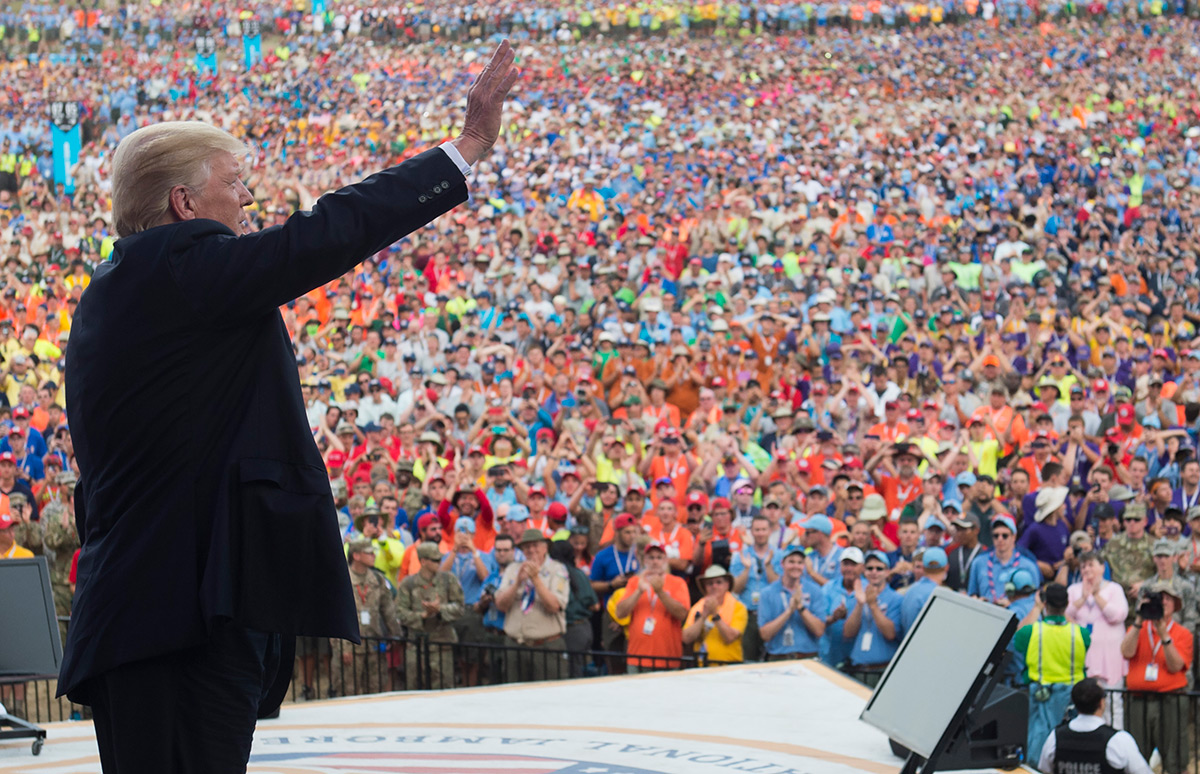 Trump waves after a highly politicized speech to the Boy Scouts during the National Boy Scout Jamboree.