This week, as Trump’s lawyers sought to maneuver around two unfolding stories that could engulf the regime — obstruction of justice and Mueller’s Deutsche Bank subpoena — Trump made radical, devastating moves. Trump forcefully backed an accused pedophile, signed off on the largest elimination of protected land in US history, and recognized Jerusalem as Israel’s capital — all while he continued to disparage the FBI, DOJ, and our free press.

Almost a year into office, Trump’s popularity continues to fall, and he has yet to move forward beyond campaign rhetoric. As his inner-circle continues to shrink, Trump takes actions which move our country towards isolationism, corruption, and kleptocracy. 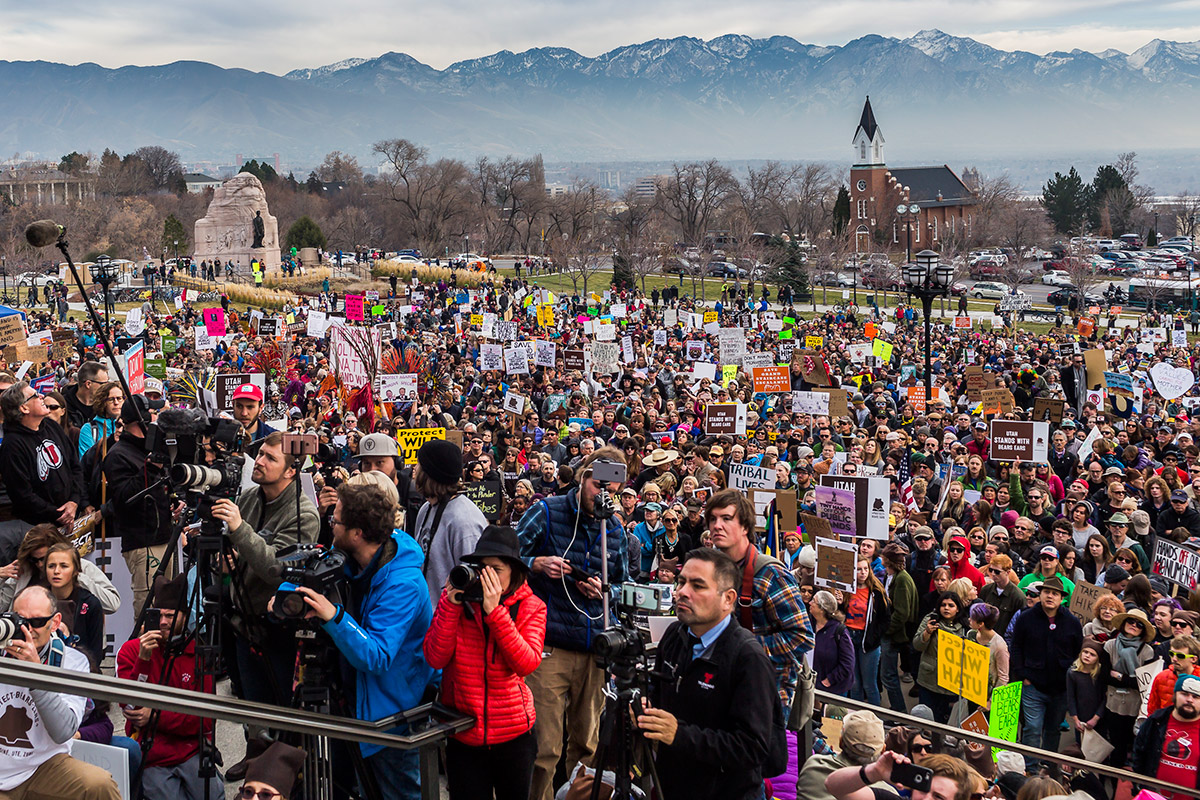 Thousands of people converged on the steps of Utah’s State Capital building to protest Trump’s plan to shrink protected areas across the country. Two of those areas are in Utah — Bears Ears and the Grand-Staircase Escalante National Monuments: the largest elimination of protected land in American history.