There were signs this week that our democracy is fading. The unusual process undertaken by McConnell in attempting to pass AHCA without Senate input or public support. Alarming evidence that Russia may have tampered with 2016 Election Day results, and possibly with help from the Trump campaign. The Trump regime taking steps to shut down access for the media, while our country burns in bigotry and hate.

Trump-Russia is still the dominant theme, as investigations open on new fronts, and Trump regime members go quiet and lawyer up. Trump continues to deny Russian interference, which will undoubtedly lead to it continuing in upcoming elections — of course to his benefit. 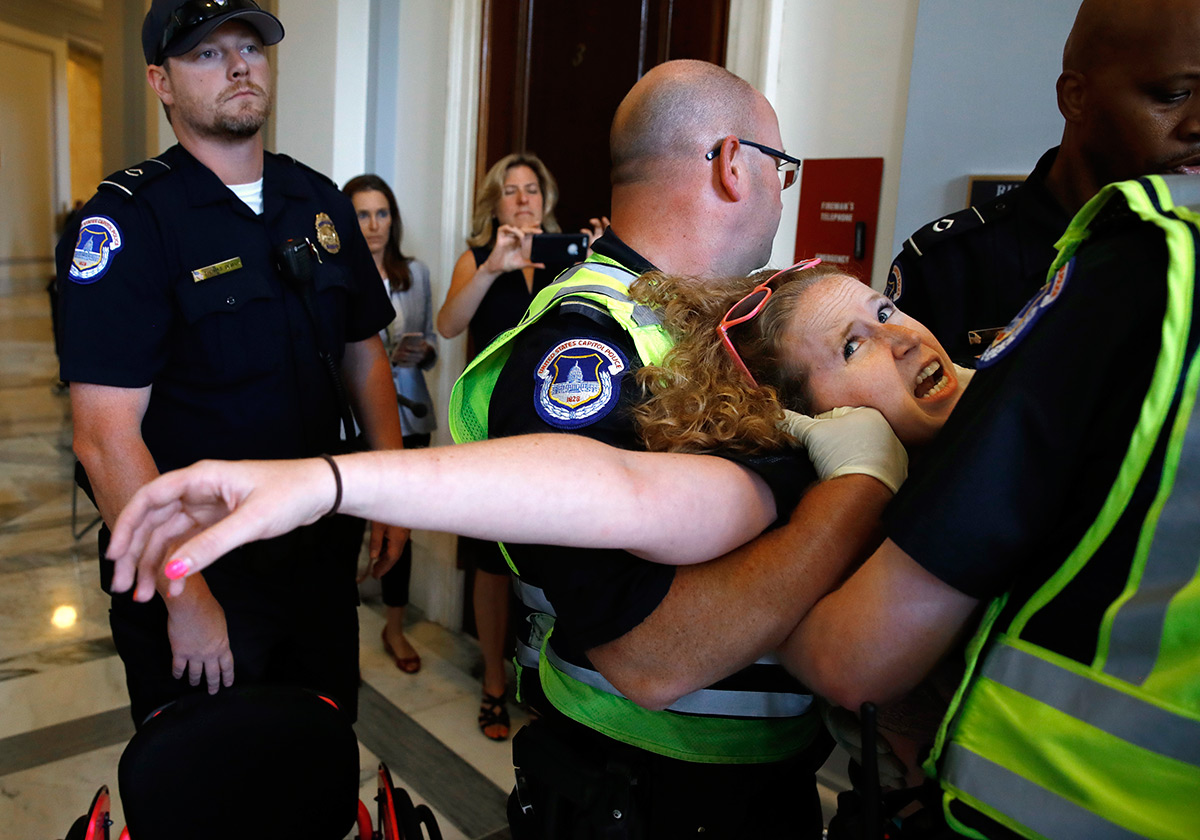 Stephanie Woodward, of Rochester, NY, who has spina bifida and uses a wheelchair, is removed from a sit-in at Senate Majority Leader Mitch McConnell’s office as she and other disability rights advocates protest proposed funding caps to Medicaid.
« Week 31
Week 33 »
Share This