This week the country braced for radical actions by Trump relating to the Mueller investigation. Trump, his regime members, elected Republicans, and conservative media turned up the rhetoric and attacked the credibility of Mueller, the FBI, and the DOJ. In the seven months since Mueller was appointed, his special counsel has already charged four Trump regime members, with more expected from Trump’s inner circle.

Also of note this week is the broad-scale attacks on norms in our fragile democracy. Trump’s regime is actively deconstructing the agencies they run, stripping away rights and regulations, and making science and educational information disappear. 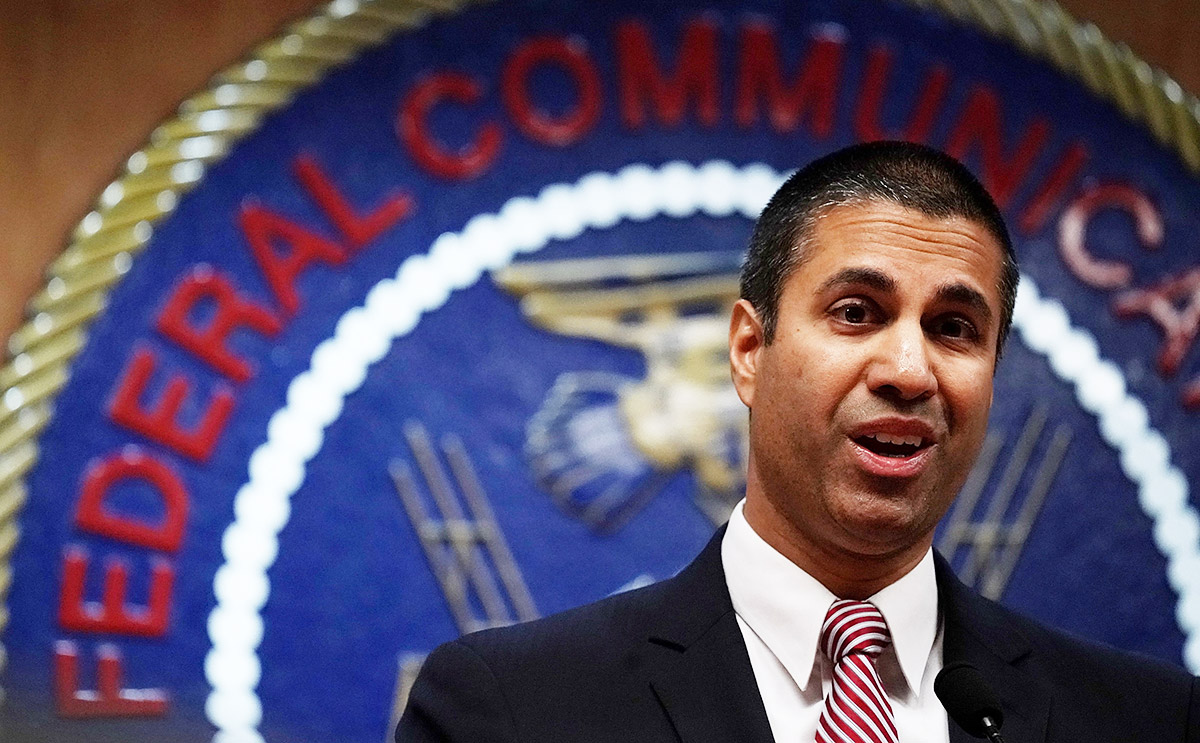 Federal Communications Commission Chairman Ajit Pai speaks to members of the media after a commission meeting December 14, 2017 in Washington, DC. The FCC voted to repeal its net neutrality rules at the meeting.