Of all the weeks so far, this was the most exhausting. In normal times, any one item below would be a top story for days or weeks — the flow of not normal is so heavy right now, it’s a challenge to keep track. Newsman Dan Rather best summarized the feel of Week 19: “I have seen a lot in my lifetime. But I have never seen anything like this. No one has. The cauldron of chaos and confusion which engulfs President Trump in his early days in office is simply unprecedented.” 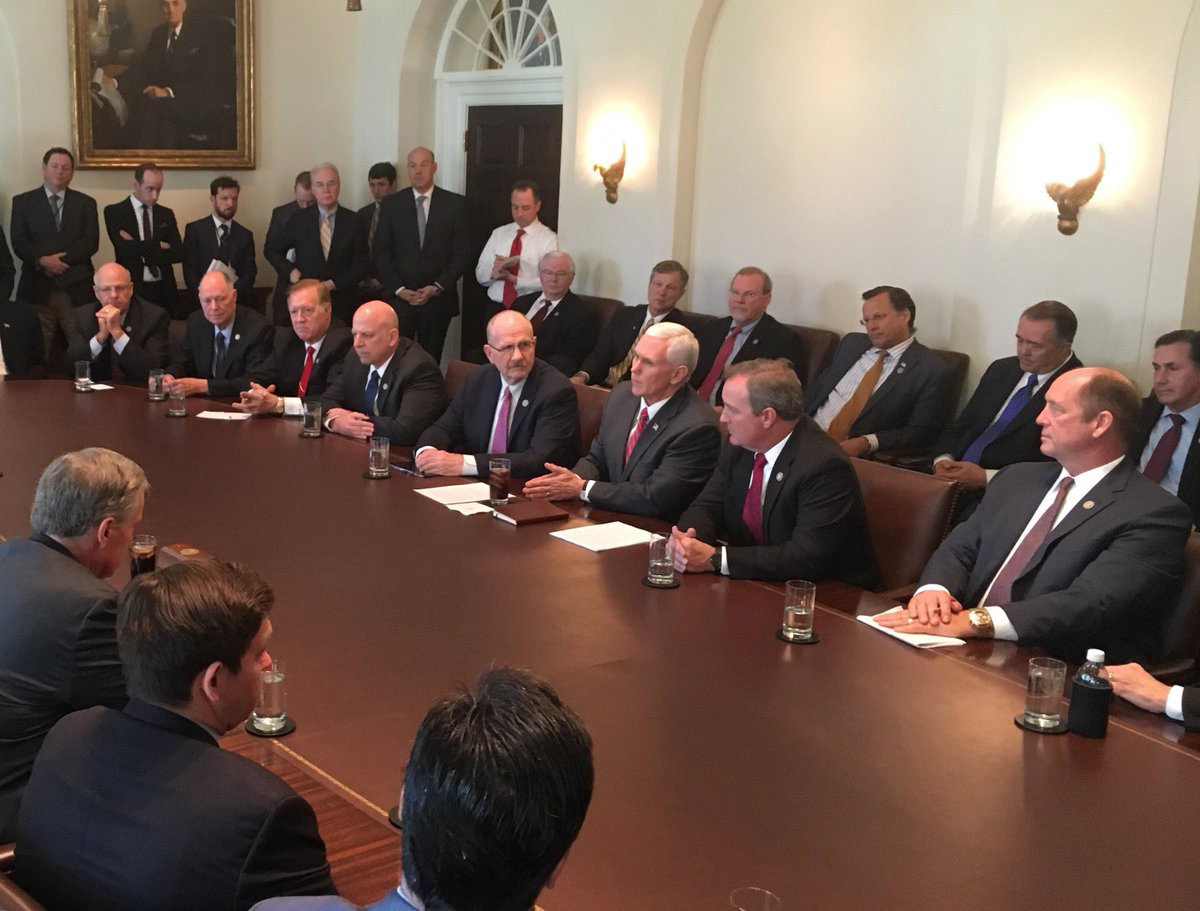 VP Mike Pence tweeted this photo of his meeting with the Freedom Caucus to discuss Trumpcare. Conspicuously absent are women and people of color.