Events and actions this week lend credence to an evolving theme: Trump isn’t all that interested in typical legislative stuff like passing healthcare or his budget — his passion and focus are on enriching himself, and making America white.

This week was also unfamiliar territory for Trump: he couldn’t control the narrative the entire week. We’re learning Trump is great on offense, but inept on defense. 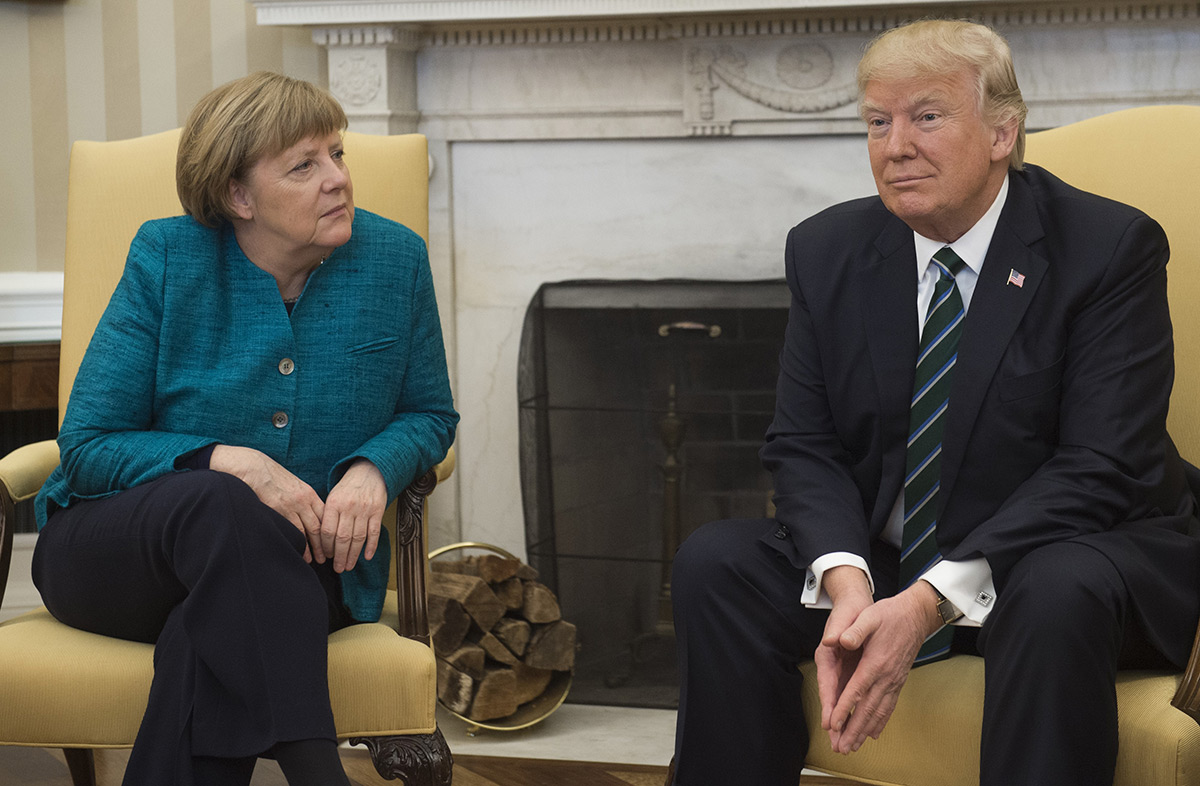 Trump and German Chancellor Angela Merkel meet in the Oval Office. Merkel: “Do you want to have a handshake?” Trump: *no response*