This week started and ended in chaos, with a respite in-between as Trump traveled to Asia and stayed on script. The length of this week’s list is a testament to how broad-based the attacks on and the erosion of norms and our democracy have become — well beyond Trump as the sole actor.

The Resistance that started as Trump took office has grown in both impact and power, as evidenced by Tuesday’s elections, which were a wipe-out for Republicans and an amazing display of diversity. A revolution around sexual assault and harassment is gathering steam, with offenders being outed daily.

All the while, the Mueller probe progresses. This week more ties between the Trump campaign and Russia were exposed, and questions surfaced as to the knowledge and engagement of senior people on the campaign, including Trump. 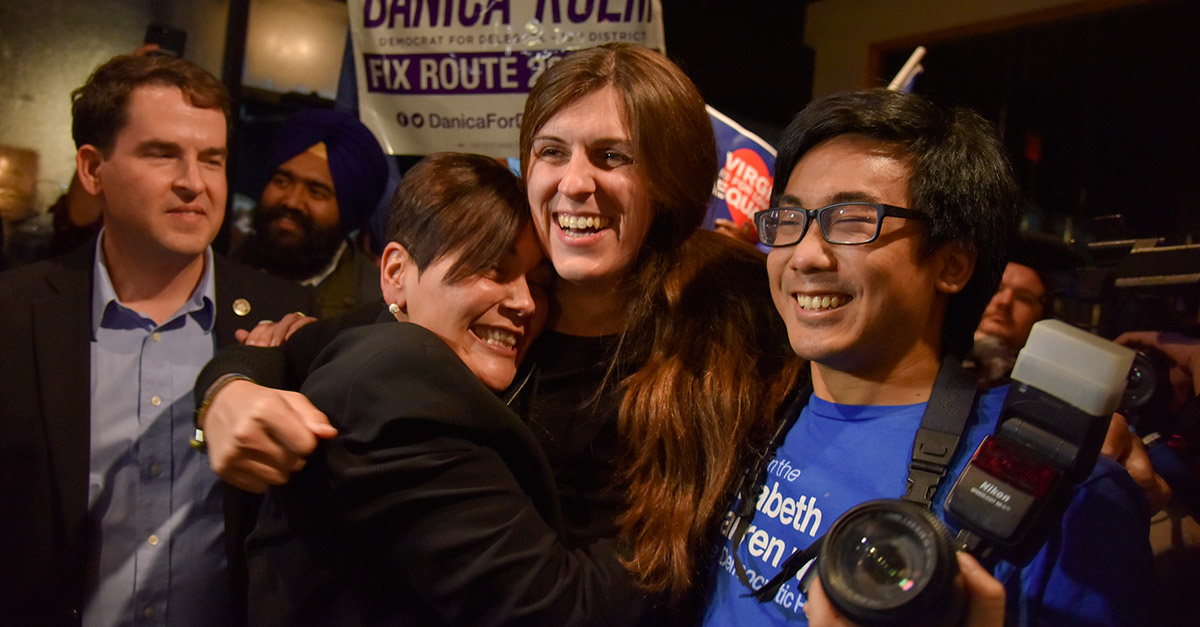 Danica Roem, who ran for house of delegates against GOP incumbent Robert Marshall, is greeted by supporters as she prepares to give her victory speech on Tuesday, November 7, 2017, in Manassas, VA. Roem is the first openly transgender legislator elected in the USA. Marshall, an outspoken opponent of transgender rights, introduced the transgender “bathroom bill.”