The feelings of anxiety and fear amid continued chaos and eroding norms were palpable in this second-consecutive, record-setting week. The Trump regime continued their attacks on rights and protections, while the Republican Party split deepened after a historic anti-Trump/save our country speech by Senator Jeff Flake.

The week closed with the unexpected news that the Mueller probe has produced its first results: charges filed in federal court. The news provided the first relief, and possible accountability after unending news of corruption, incompetence and kleptocracy. The humanitarian crisis in Puerto Rico worsened amid news of an insider-deal and cover-ups, as Trump continued to turn a blind eye of indifference. 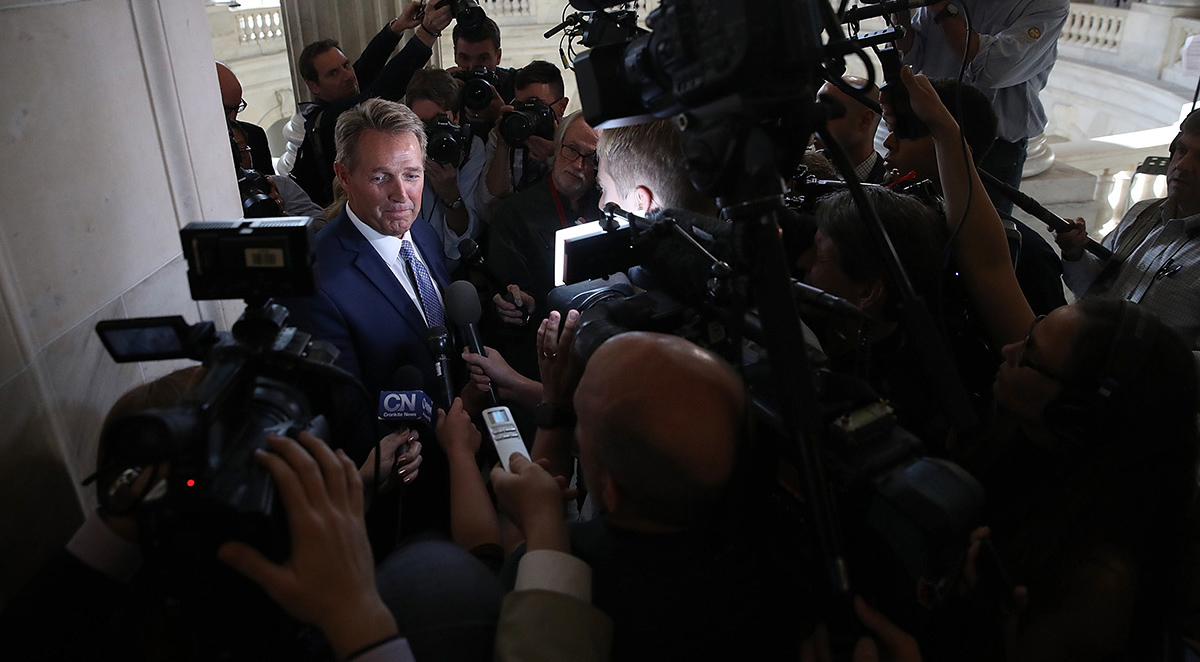 Sen. Jeff Flake (R-AZ) speaks to reporters on Capitol Hill after announcing he will not seek re-election. Flake issued a sharp rebuke of Trump in a Senate floor speech and urged his Republican colleagues to speak out.