Over the past three weeks, Trump’s approval plummeted as he struggled to take back the narrative amidst legislative failures and a ubiquitous Russia. He floated several attempts to deflect, and replace Russia as the lead story: the Obama wiretap, the Nunes brouhaha, the Susan Rice unmasking — but none seemed to work. This week he figured out a way to take back the narrative — one commonly used by autocrats — he started a war. 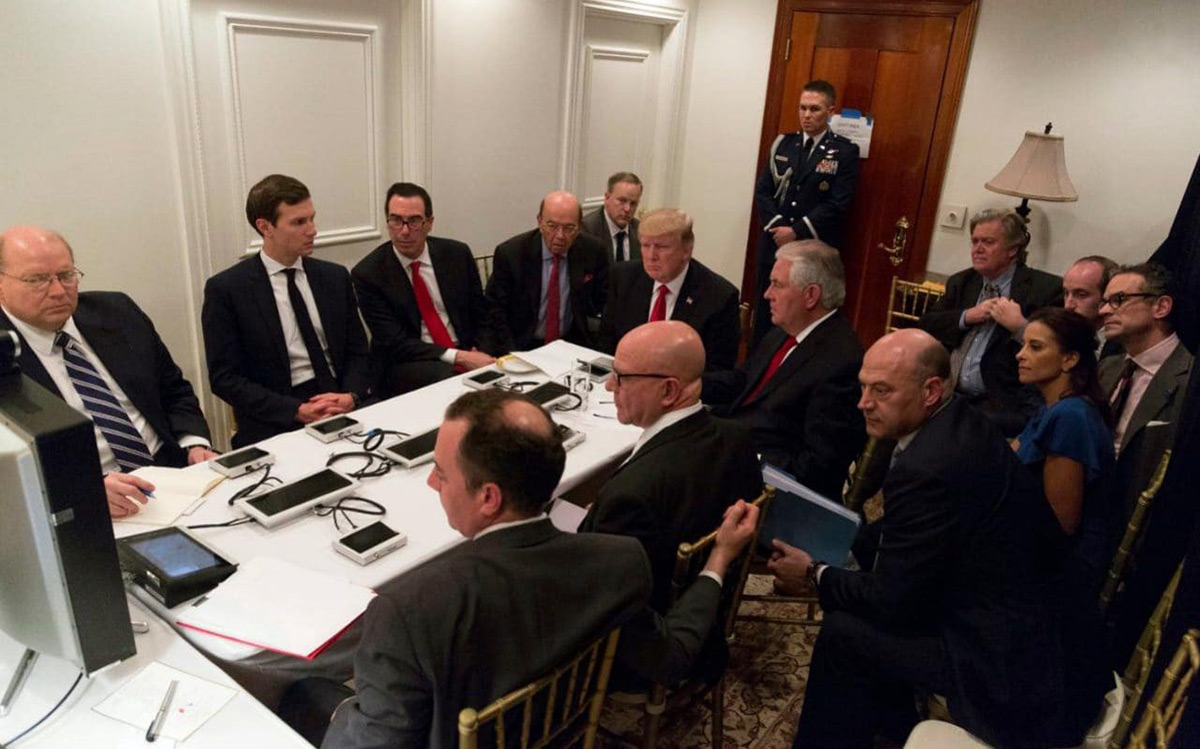 In this photo released by the White House Press Secretary Sean Spicer on Twitter, President Trump receives a briefing on the Syria military strike in a secured conference room at his Mar-a-Lago resort. (Photo: White House Photo)