This week’s theme was undoubtedly the continued taint of the Trump regime for their ties to Russia. For the first time since Election Day, Trump seems unable to drive the media storylines. 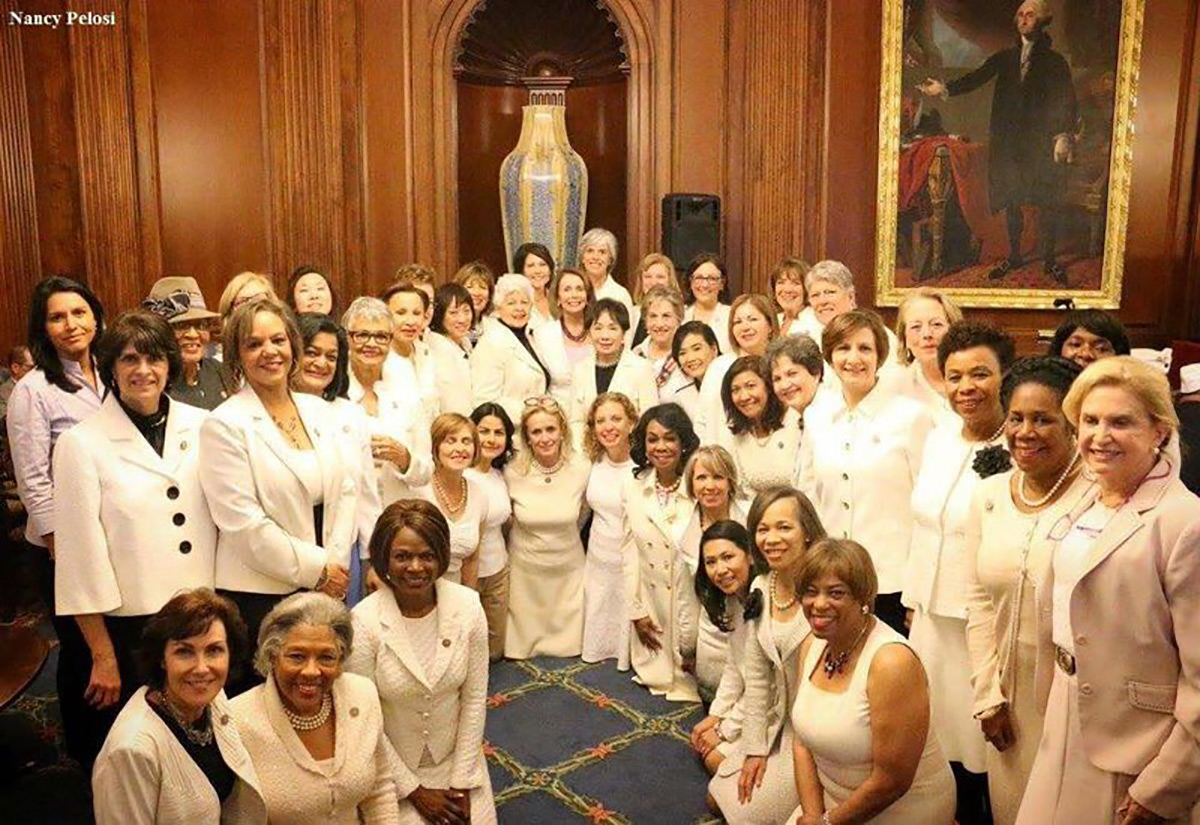 The Democratic women of the House wore the white of the Suffragists at Trump’s SOTU to show support of women’s rights (source: tweet by Nancy Pelosi).