This was a week of widespread and outrageous corruption in the Trump orbit — from Congressman Chris Collins and insider trading, to Secretary Wilbur Ross and grifting, to Secretary of State Kris Kobach miscounting votes, to the “Mar-a-Lago Crowd” controlling the Department of Veterans Affairs, and more. The phrase “drain the swamp” has disappeared from Trump’s vernacular, as he and his apostles appear to be squarely inside the swamp.

As Paul Manafort’s trial sped along, several associates of Roger Stone were subpoenaed, suggesting he is a point of focus in the Mueller probe. Trump and his surrogates continued to ramp up attacks on the Mueller probe, and related areas like the FBI — and several plan to focus on a new shiny coin: Bruce Ohr. A surreptitiously taped and leaked audio of a Republican fundraiser revealed House Intelligence Committee chairman Devin Nunes’ plans to protect Trump at all costs, including the possible impeachment of deputy AG Rod Rosenstein.

Themes of white nationalism were front and center this week with a diatribe by Fox News host Laura Ingraham on changing demographics, and the regime’s continued efforts to whiten America, while ignoring brown live lost in Puerto Rico and inhumanely separated at our Southern border. As the week came to a close, on the one-year anniversary of Charlottesville, Trump condemned “all types of racism,” in simpatico with white nationalist leader Jason Kessler who stated, “White people should be able to have the same rights as other groups.” 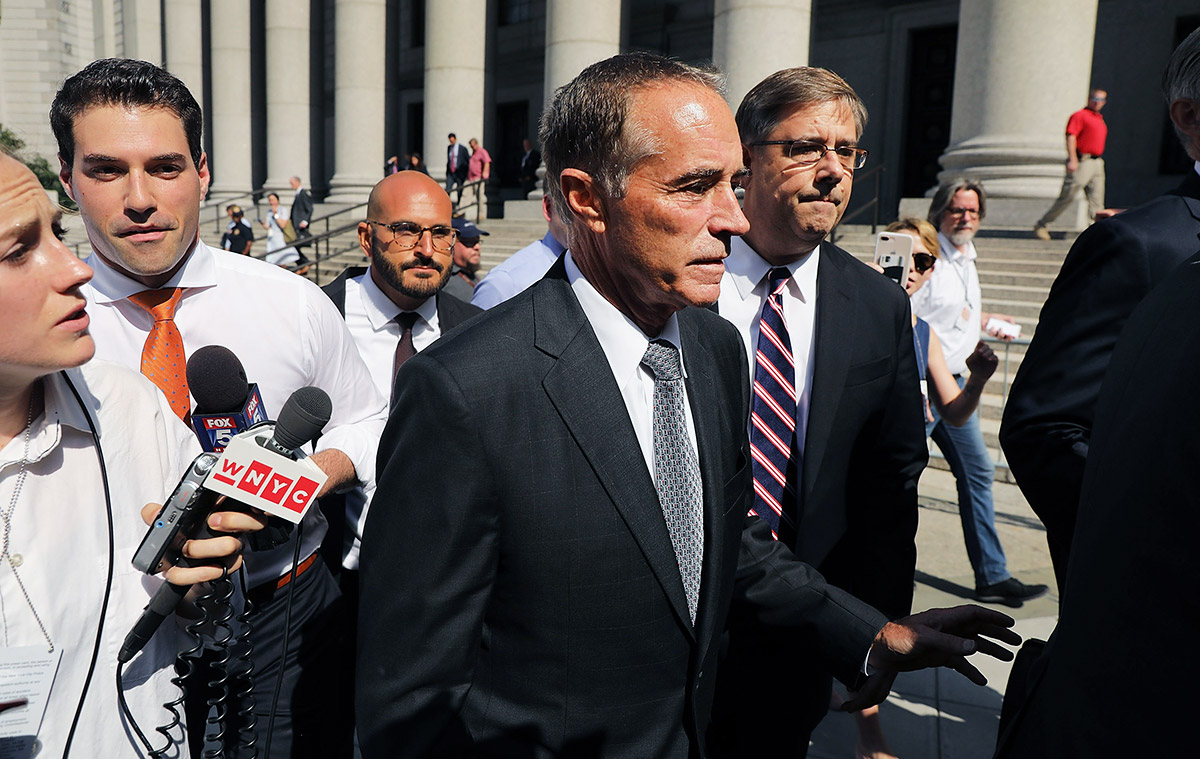 Rep. Chris Collins (R-NY) walks out of a New York court house after being charged with insider trading on August 8, 2018 in New York City. Federal prosecutors have charged Collins, the first member of Congress to endorse Trump, with securities fraud, accusing the congressman and his son of using inside information about a biotechnology company to make illicit stock trades.