Trump stumbled defiantly through the rest of a shocking week: shifting his positions on backing U.S. intelligence, considering an offer to allow Russian intelligence to question the former U.S. ambassador to Russia, publicly criticizing the Federal Reserve, and threatening his former fixer Michael Cohen who had taped their conversations.

Russian Maria Butina was arrested and indicted on charges of spying — the 26th Russian to be indicted but first Russian to face charges in U.S. court for interfering in the 2016 election. As Butina’s ties to the NRA surfaced, Treasury Secretary Mnuchin took steps to change existing rules and allow dark money donors to remain anonymous. Shockingly, as the week came to a close, Trump has still yet to admit it was Russia who interfered in the 2016 election. 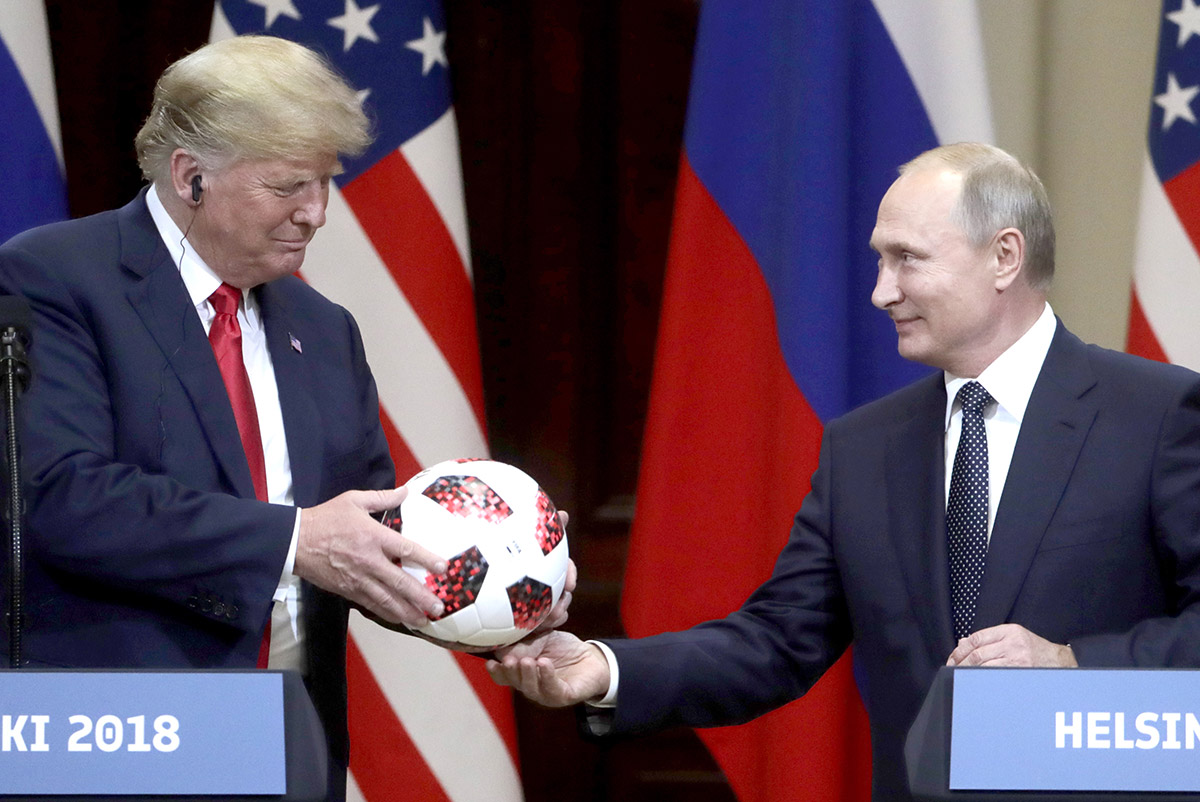 HELSINKI, FINLAND JULY 16, 2018: Trump holds a soccer ball given to him as a gift by Russia’s President Vladimir Putin at a joint news conference following their meeting at the Presidential Palace. Mikhail Metzel/TASS