At home, Trump and his allies are taking every possible step to discredit the Mueller probe and attempt to preview FBI information. This week Trump continued his hostility towards the free press and his attacks on free markets, while taking steps to consolidate power. Important developments, like Trump’s executive order doing away with non-partisan administrative law judges and the confirmation of Brian Benczkowski to a top Justice Department position, got very little notice in the chaos.

Trump views immigration as the winning issue for Republicans in the midterms. This week he continued his indifference towards the plight of separated migrant families, while his regime quietly carries out inhumane and alarming tactics to make America more white. Trump also preached his anti-immigrant message on his trip abroad, while hundreds-of-thousands marched in protest of his visit and message. 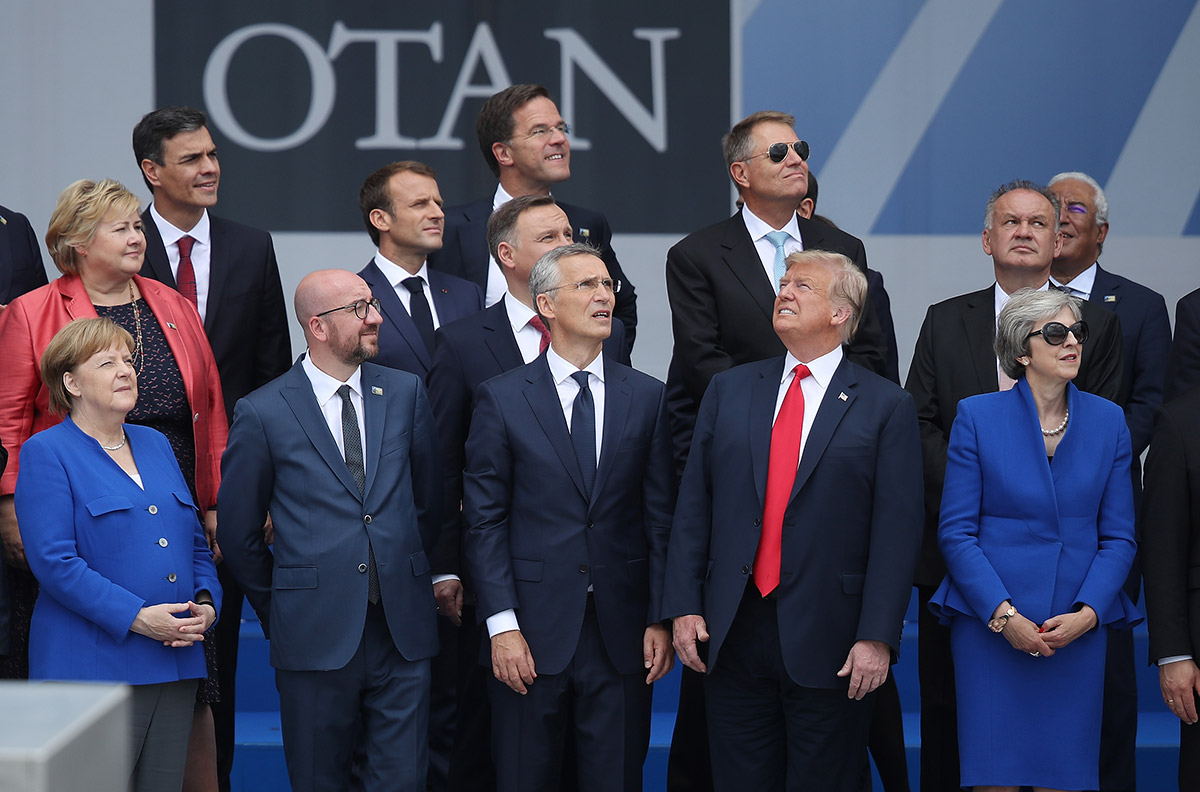 World leaders attend the opening ceremony at the 2018 NATO Summit at NATO headquarters on July 11, 2018 in Brussels, Belgium. Leaders from NATO member and partner states met for a two-day summit, which was overshadowed by strong demands by Trump for most NATO member countries to spend more on defense.