As former Trump lawyer and fixer Michael Cohen publicly hinted he will cooperate and the Mueller probe continued to broaden, Trump seemed increasingly unhinged, attacking Democrats and Republicans, as well as the media and corporations. His rhetoric of “anarchy” and “better take it easy” and ICE “liberating” towns became increasingly hostile and inflammatory.

This week, as stories of migrant children being gravely mistreated continued to emerge, the regime was forced in court to admit it had underestimated the number of children in its care, and had no tracking system in place to reunify separated families. Meanwhile, the regime took additional steps to make America more white, setting up a denaturalization task force and discharging immigrants from the U.S. army. More everyday incidents of racism were reported across the country. 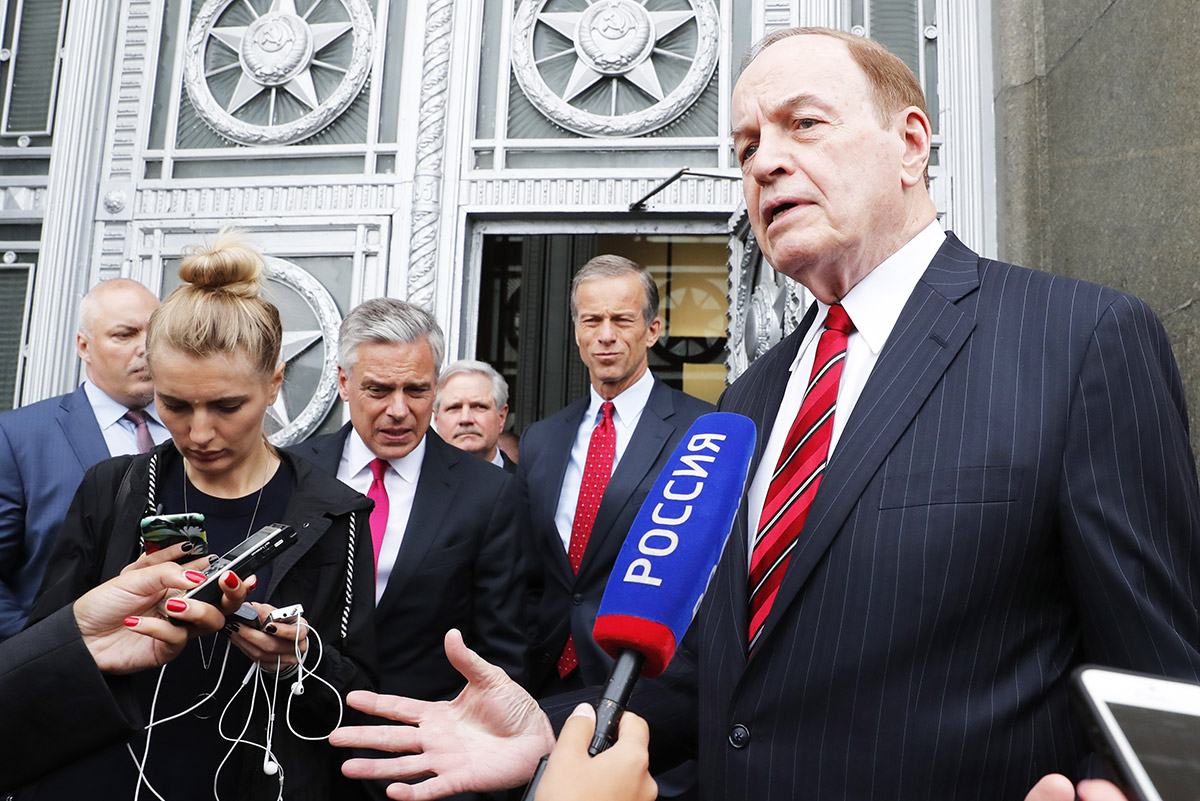 MOSCOW, RUSSIA JULY 3, 2018: US Senator Richard Shelby (R-AL) talks to the media after a meeting between a US delegation including seven Republican senators and their Russian government counterparts. No Democrats or US media outlets were included. (Photo by Mikhail Metzel\TASS)