Amid harsh condemnation domestically and worldwide, Trump signed an executive order, purportedly ending family separation, but the regime laid out no plan to reunite families already separated at the southern border, and other forms of separation continue to be carried out by Immigration and Customs Enforcement throughout our country. Curiously, after the order, the regime was still laying out plans to construct temporary housing for another 20,000 migrant children and 119,000 migrant adults.

This week Trump and his regime continued to bold-faced lie to and obscure facts from the American people. The repetition of lies was noted by the WAPO in Trump’s ramped up Twitter activity. Propaganda TV also played a role with disinformation promulgated by Fox News and Sinclair Broadcasting, which backed Trump’s alternative version of reality on immigration.

Although last week Trump was able to garner normalizing, Super Bowl-type coverage of his Singapore summit, this week revealed it was all stagecraft, no substance. The regime also quietly rolled out a government restructuring plan to consolidate power, take away safety nets and sell off government properties en masse.

– shared with permission from anonymous, who served in the U.S. Armed Forces for 14 years 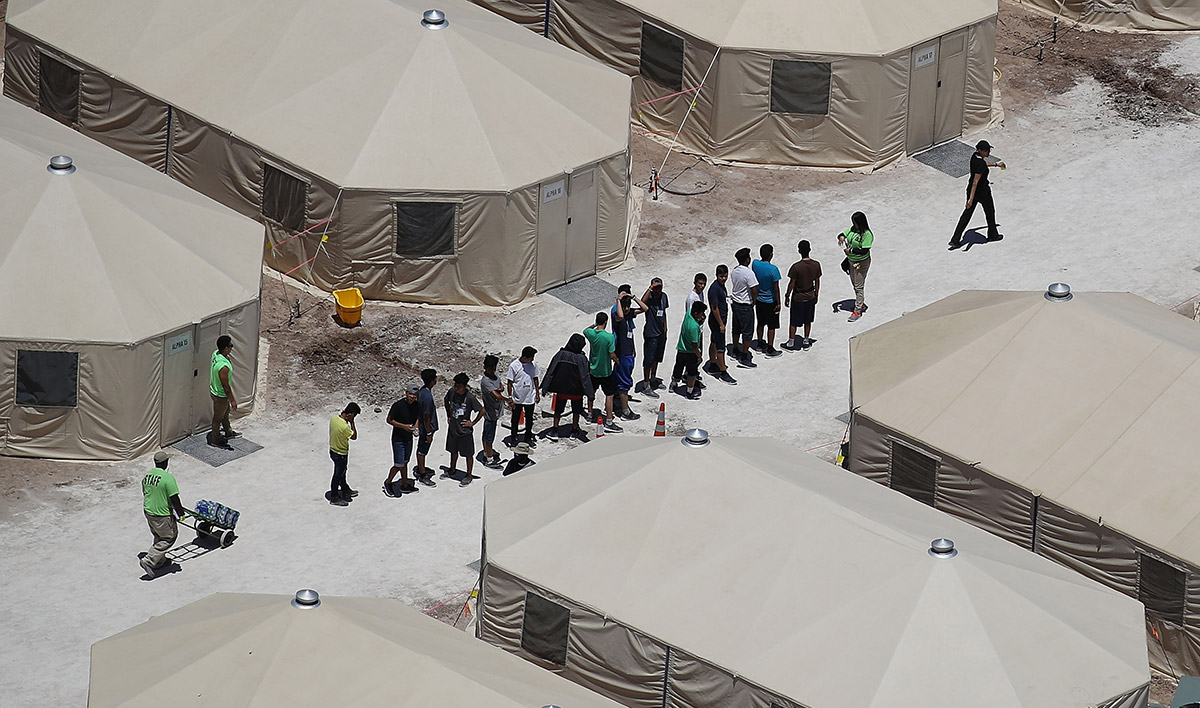 New Tent Camps Go Up In West Texas For Migrant Children Separated From Parents
Children and workers are seen at a tent encampment recently built near the Tornillo Port of Entry on June 19, 2018 in Tornillo, Texas. The Trump regime is using the Tornillo tent facility to house immigrant children separated from their parents after they were caught entering the U.S. under the administration’s zero-tolerance policy.