Early in the week, Trump celebrated a Supreme Court victory for his Muslim Ban, and the retirement of Supreme Court Justice Kennedy — giving Trump the power to potentially reshape our highest court and place issues like abortion and civil rights, gay marriage, and healthcare in jeopardy.

Americans took to the streets again this week to protest Trump’s “zero-tolerance” policy and to call for the abolishment of ICE — a rallying cry that is picking up support. Migrant families remained separated as the rest of the world looks on in horror.

In all this chaos, progress of the Mueller probe into possible Trump campaign collusion with Russia was overshadowed, but there were many developments this week, as Trump prepares for a summit with Putin, continues to deny Russian interference in the 2016 election, and continues to work to undermine the investigation. 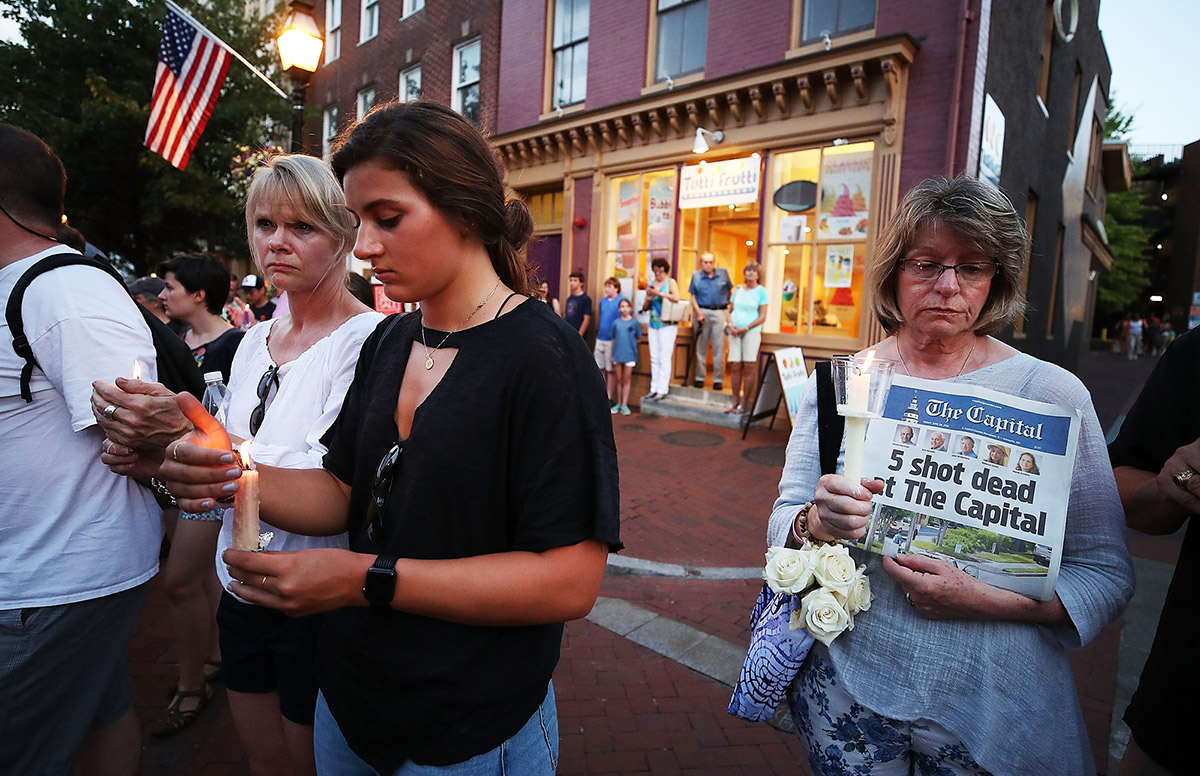 People line up on both sides of Main St. during a candlelight vigil to honor the 5 people who were shot and killed at the Capital Gazette newspaper yesterday, on June 29, 2018 in Annapolis, Maryland. Jarrod Ramos of Laurel, Md. Has been arrested and charged with killing 5 people at the daily newspaper.