Trump held a well choreographed summit with Kim Jong Un in Singapore, which received media attention on the scale of a Super Bowl, but resulted in little in the way of substance. Trump continues his pattern of ignoring human rights abuses abroad, while cozying up to dictators and alienating former democratic allies. Trump’s capacity and culpability for human rights abuses at home may explain why.

This week Trump’s former campaign chair, Paul Manafort, was sent to jail, pending his trial, and Trump insider Michael Cohen lost his legal representation, amid persistent rumors that he may cooperate. As the week came to a close, Rudy Giuliani bragged that Trump would clean things up by issuing pardons. 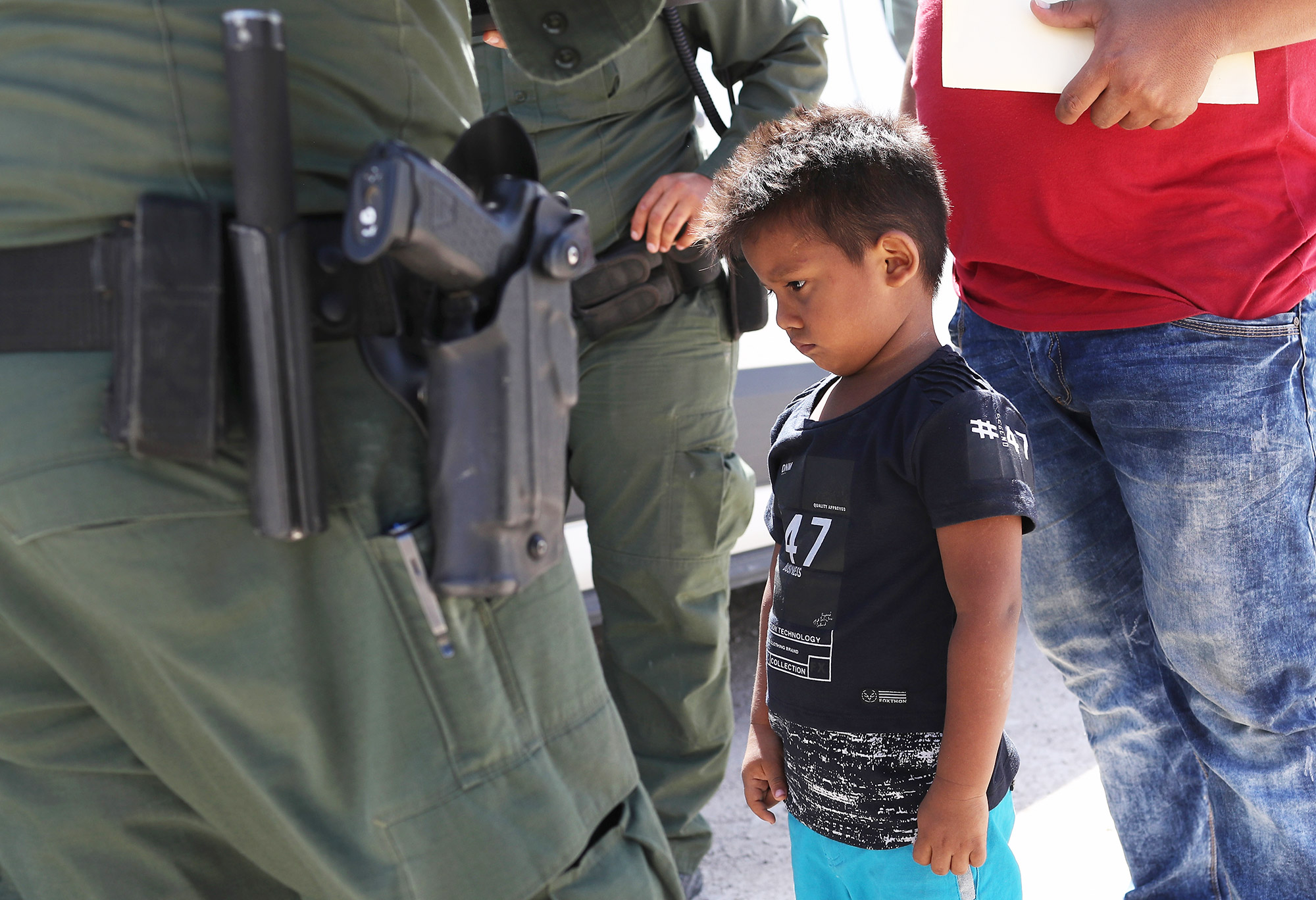 A boy and father from Honduras are taken into custody by U.S. Border Patrol agents near the U.S.-Mexico Border on June 12, 2018 near Mission, Texas. The asylum seekers were then sent to a U.S. Customs and Border Protection (CBP) processing center for possible separation. U.S. border authorities are executing the Trump administration’s ‘zero tolerance’ policy towards undocumented immigrants. Sessions also said that domestic and gang violence in immigrants’ country of origin would no longer qualify them for political asylum status.