Trump continued to divide the country, creating controversy by disinviting the NFL champions the Philadelphia Eagles from the White House, and later in the week, the NBA champions. The regime continues its cruel Zero Tolerance policy at the southern border, which has drawn international outcry and lawsuits.

Trump continues to act as if he is solely in charge, attending the Group of Seven summit in Quebec where he arrived late, left early, delivered a harsh, toothless speech, and complained Russia wasn’t invited — further alienating our former allies and achieving nothing before leaving for his summit with Kim Jong Un next Tuesday. However, this week, the Republican Party showed signs of standing up to Trump on several issues including trade, the FBI informant, ZTE and protections for “dreamers.” 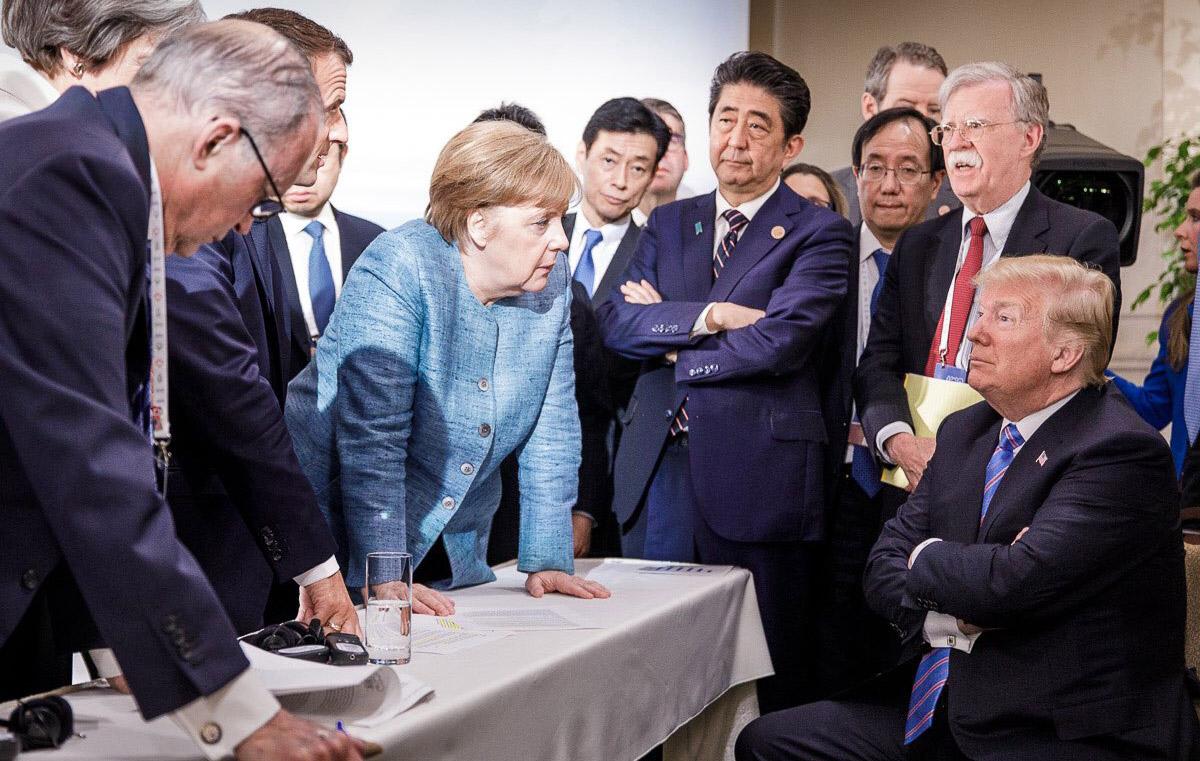 The German government released this photo of Chancellor Angela Merkel and other world leaders speaking with Trump at the Group of 7 summit Friday in Canada. (Steffen Seibert/German Information Ministry)