Seeking to counter these closing walls, Trump continued to promote his alternative version of the truth, telling a crowd in Kansas City, “Just remember, what you’re seeing and what you’re reading is not what’s happening,” and pushing a new storyline that Putin wants to help Democrats win the midterms. Trump reportedly is living in his own reality as well, admonishing staffers that only Fox should be on televisions, and retaliating against those who are critical of him, including exploring revoking security clearances and banning a reporter from a Rose Garden press briefing.

As a court deadline for reuniting migrant families arrived on Friday, 711 out of 2,551 children ages 5 to 17, and 46 children of 103 children under 5 have yet to be reunited with their parents, while the Trump regime claimed their work is done. 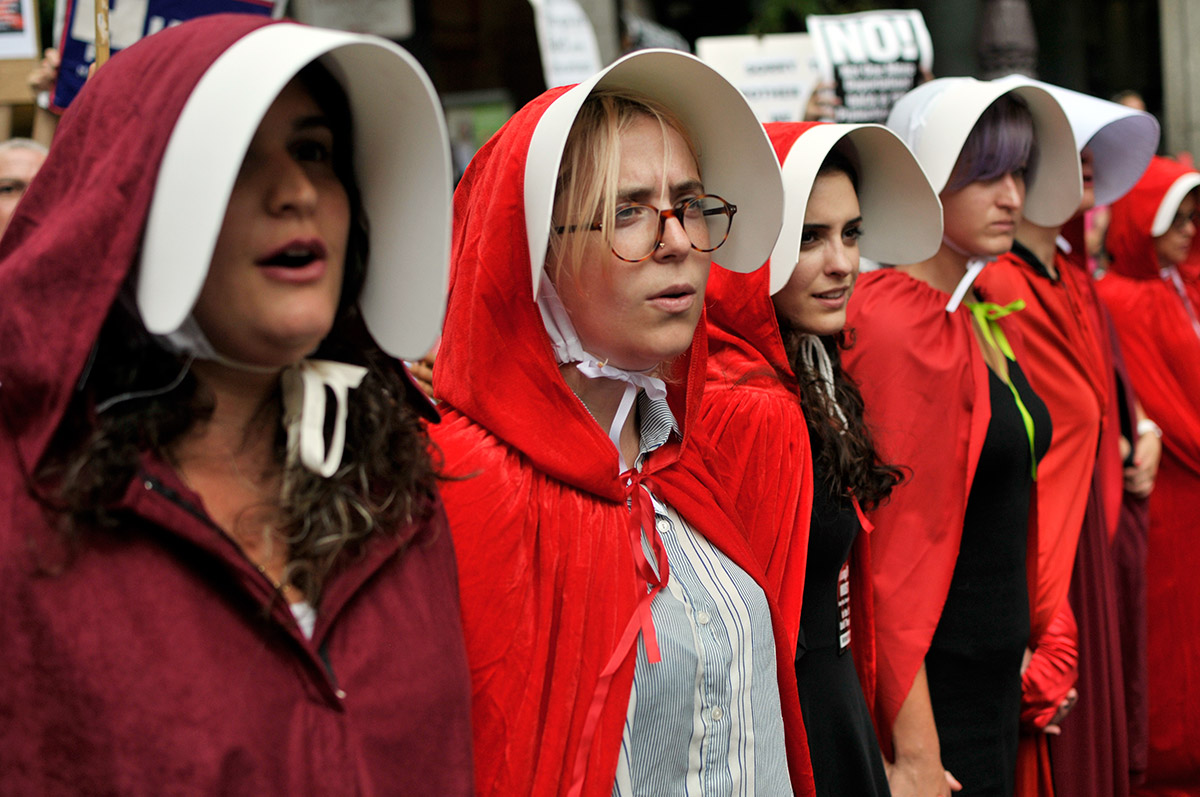 Protestors in Handmaid’s Tale attire gather outside a fundraiser attended by Vice President Mike Pence and Lou Baretta, at the Union League, in Philadelphia, PA, on July 23, 2018.