This week Trump met his match in former White House aide Omarosa Manigault Newman, who launched a new book and publicly shared her stories and perspectives on Trump and his regime members. Their feud played out like a reality TV show, as Omarosa released recordings and White House staffers reportedly are living in fear of the next shoes to drop.

Trump was again at war with the media this week, as over 400 news outlets published editorials critical of his treatment of the free press, to which he responded by calling the press the “opposition party.” The Senate took the unusual step of passing a measure stating the media is not the enemy of the people.

The Weekly List podcast is here! You can find more information by clicking here. 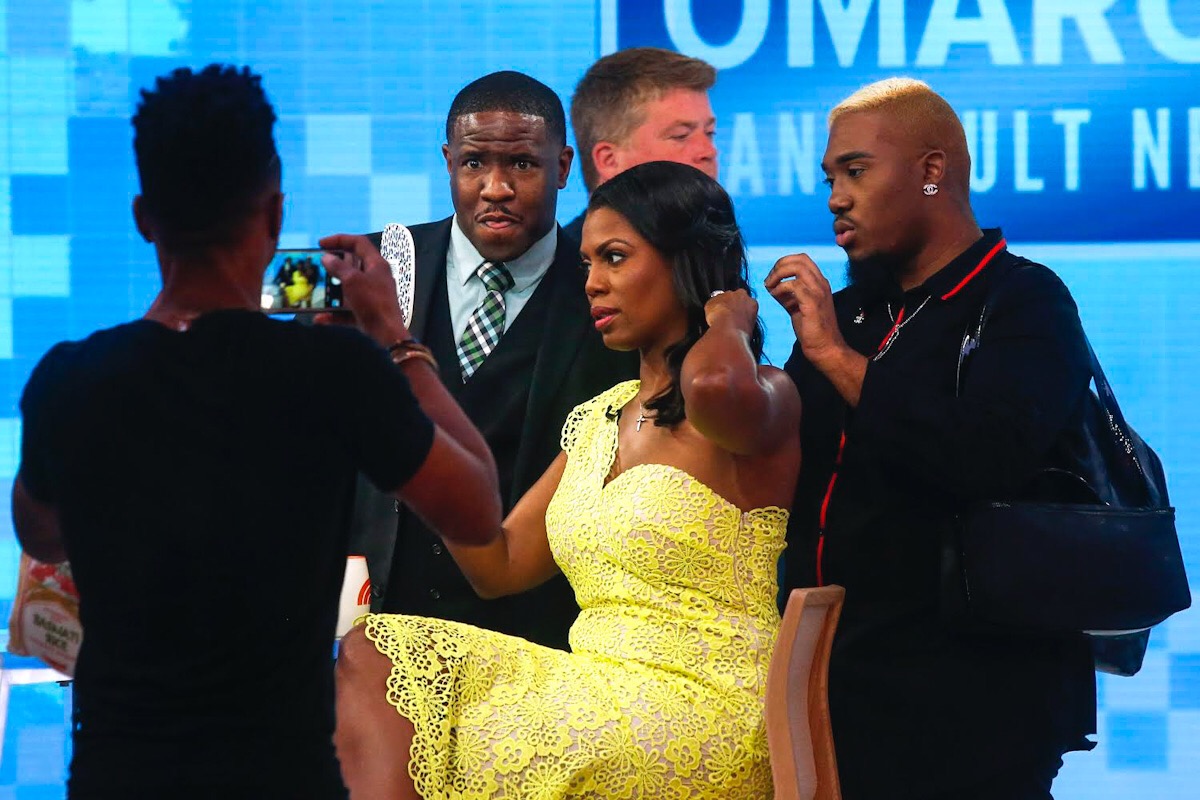 Omarosa Manigualt Newman gets her hair done before promoting her new book on The ‘Today Show’ on August 13, 2018 in New York City. Omarosa Manigault Newman Former White House aide, recognizes that she taped her firing process of White House just to protect herself.