In a week some described as relatively quiet on the news front heading into Passover and Easter, Trump continued to seize power. Trump is acting increasingly strident and confident in his — and solely his — abilities and judgment. As Hope Hicks departed and Trump had yet to name her replacement, news stories indicated Trump is considering becoming his own press secretary, as well as possibly his own chief of staff. Trump continues to be scattered legislatively, save his obsession with his border wall, while continuing to strike out at adversaries, this week’s favored target being Amazon.

Trump’s remaining inner-circle continues to be plagued by possible ethics violations and incompetence. With the exit of attorney John Dowd, Trump is without a lead counsel in the Mueller probe, as he also faces threats on a number of other fronts including Stephanie Clifford, the emoluments clause and the unraveling of Cambridge Analytica’s involvement in the US election. 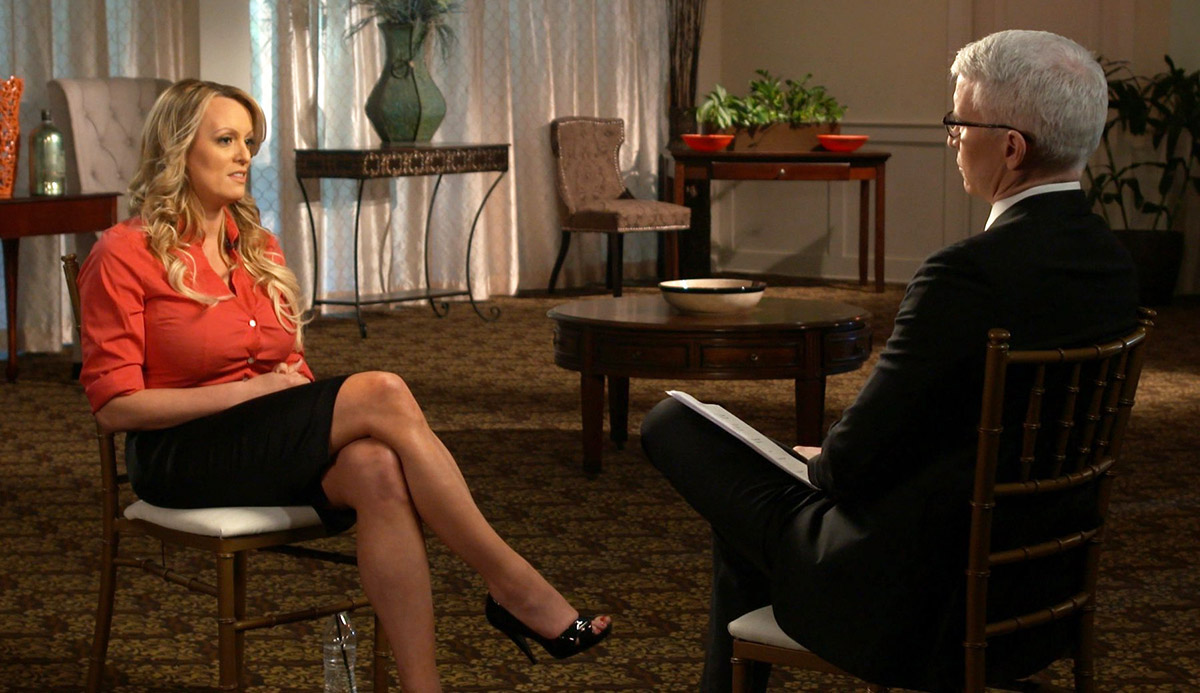 Stormy Daniels (left) talks during an interview with Anderson Cooper on “60 Minutes” in an interview that aired on March 25. Cooper said there were many “tawdry” details that CBS left out. | CBS News/60 Minutes via AP