This week, in a scene reminiscent of a crackdown in an authoritarian regime, U.S. troops stationed in our nation’s capital at Trump’s behest fired tear gas and rubber bullets on peaceful protestors to disperse them as Trump delivered a “law and order” speech from the White House Rose Garden. The sounds of protestors screaming and shots being fired could be heard in the background as Trump spoke tough talk, and threatened to send the U.S. military to cities to take control. Trump then awkwardly swaggered to St. John’s Church, with a few in his inner circle, and held up a Bible. It was a scene evoking a democracy in collapse —while the country and the world looked on in horror.

While Republicans largely remained silent and went along, top generals, some of whom formerly worked in the regime, spoke out about the violation of our Constitution, and Trump and the military troops he used, violating their oath. Democracies turned on Trump, while he embraced strongmen from Russia and Brazil, and by week’s end said he would pull troops out of Germany.

Trump spent most of the week cowering in the White House — having extended its perimeter with, ironically, walls of his own — and continued his tough talk, using term like “dominate” and referring to protestors as “terrorists.” As with his inability to show any empathy for 100,000 Americans dead from the coronavirus, Trump made no effort to acknowledge the social unrest with healing words or actions.

But the American people were not deterred. Protests continued, and by Wednesday, the 9th day, had turned mostly peaceful. Americans, who had been cooped up at home for months from the coronavirus took to the street in the broadest protest in U.S. history, spreading to more than 650 cities and towns, across all 50 states — and even in cities worldwide. 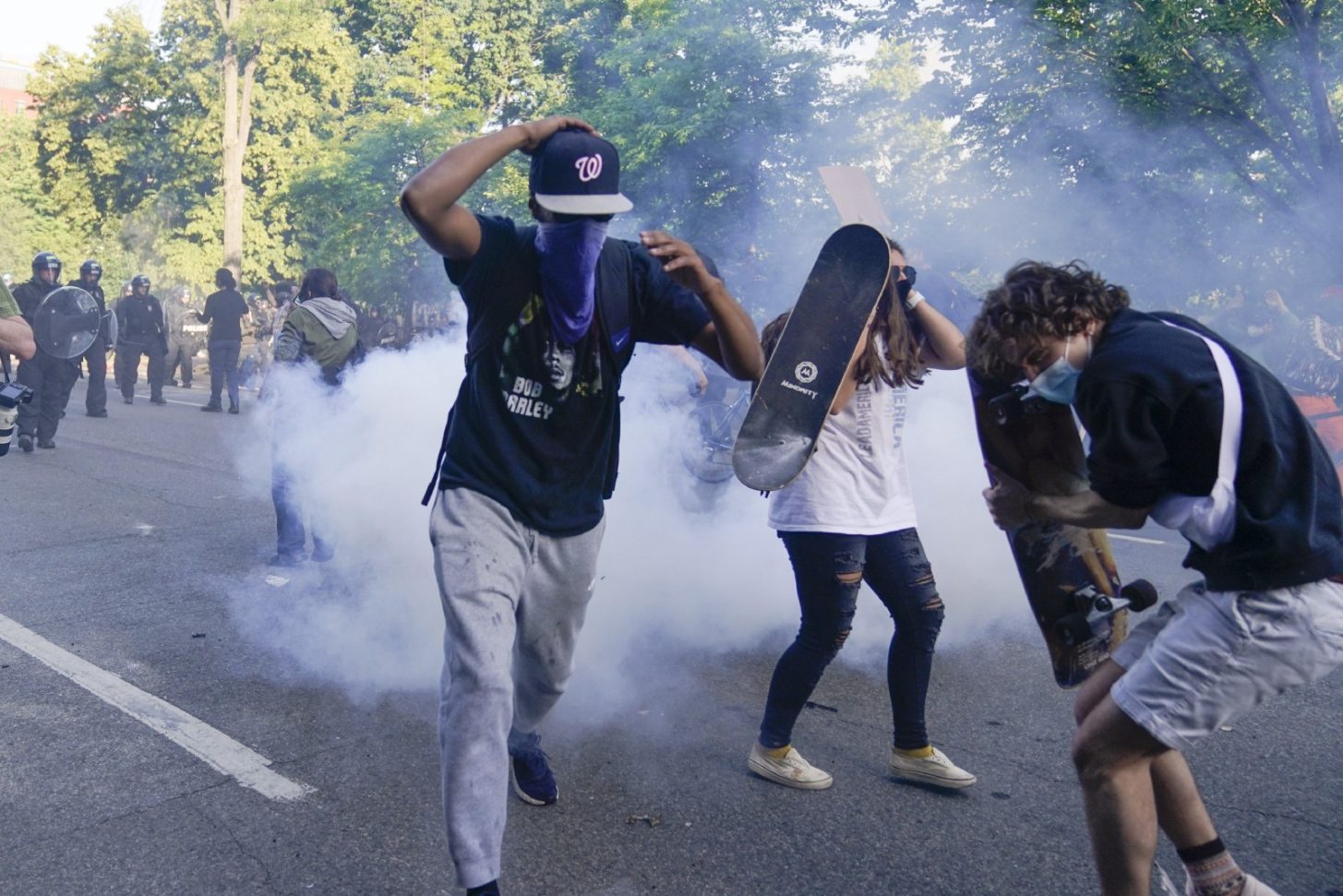 Demonstrators, who had gathered to protest the death of George Floyd, begin to run from tear gas used by police to clear the street near the White House in Washington, Monday, June 1, 2020.