This week Trump seemed to fade into the background, unsure of how to respond to a triple set of crises that gripped the nation: continuing social unrest, a second wave of coronavirus, and the stock market plunging with the economy officially entering a recession.

Trump spent most of the week locked up in the White House, behind the layers of fencing he had constructed, which protestors in turn decorated with signs reading “Black Lives Matter,” “Fuck Trump,” “I Can’t Breathe,” and other such posters. Trump finally emerged on Thursday, heading to Dallas, but still without addressing the killing of George Floyd whose funeral was in Houston days earlier, or coming up with any policies or plans despite one of the most rapid shifts in opinion in our country’s history: support for Black Lives Matter and the need for police reform.

The military continued to turn on Trump, as the nation’s top military officer, Gen. Mark Milley, publicly apologized for his role in Trump’s photo op at St. John’s. He and Defense Secretary Mark Esper were called out in a letter signed by more than 700 West Point alumni, as Trump delivered a commencement address there Saturday. More than 1,250 former Justice Department officials also called for an investigation of Attorney General William Barr for his role in gassing peaceful protestors. 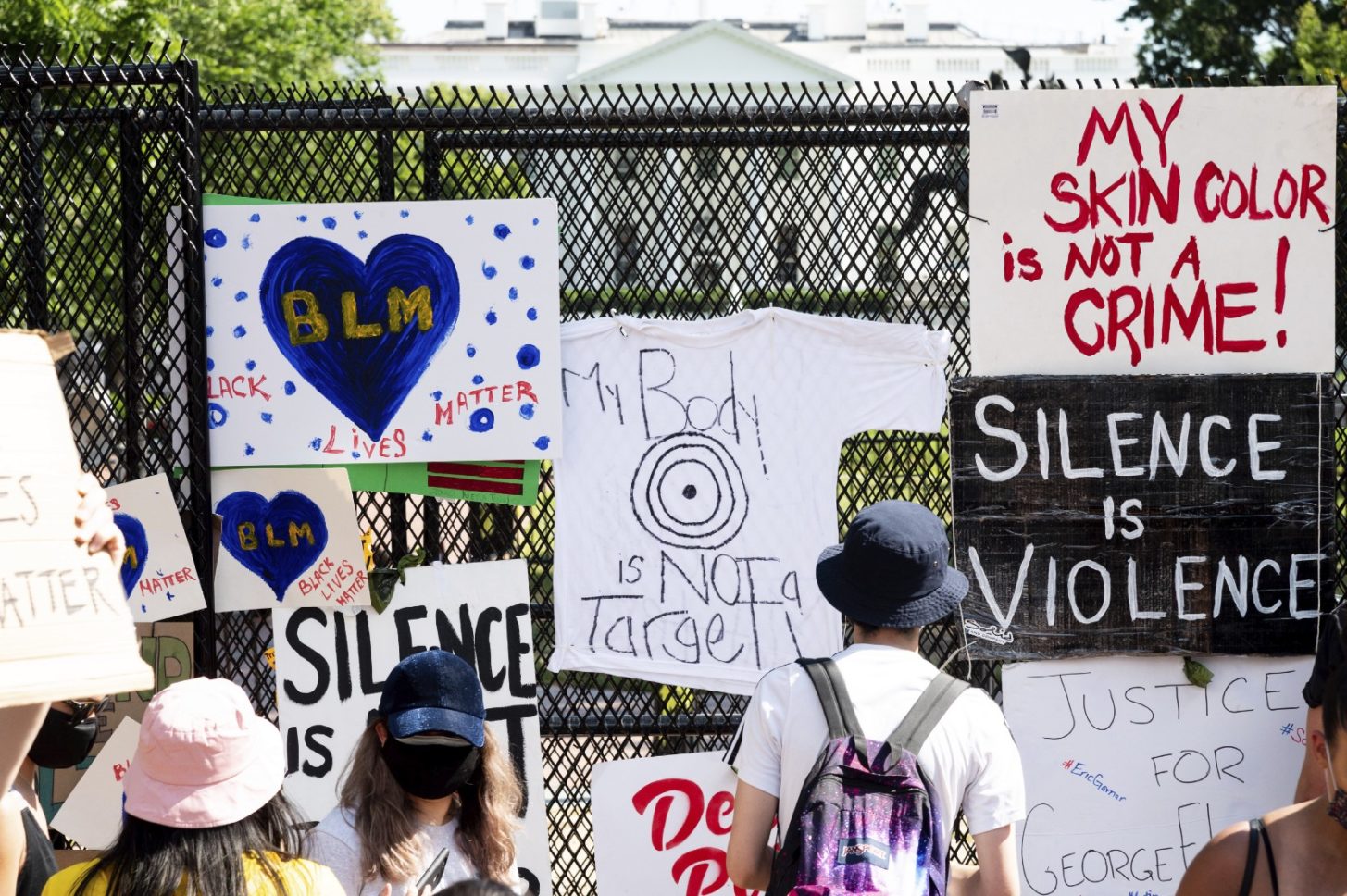 Protestors left signs and protest-related materials along the newly erected fence around the White House during a protest for the death of George Floyd and Black Live Matter.