This week, Trump fully transitioned from leader to salesman, leaving the states to fend for themselves, while he promoted a “transition to greatness.” After a week when two White House employees tested positive for the coronavirus, Trump made the remarkable claim he has been taking hydroxychloroquine prophylactically — leading public health experts to sound the alarms to American citizens not to follow Trump’s lead. Days later, the largest study yet on the drug’s efficacy to date found no benefit, but severe cardiac risks for Covid-19 patients.

This week, Trump continued campaign stops at battleground states, visiting a Ford Motor plant in Michigan that had been reconfigured to manufacture ventilators. Despite requests from the company and demands by the state’s attorney general to abide by restrictions requiring a face mask, Trump refused, later saying, “I didn’t want to give the press the pleasure of seeing it.”

Trump also battled with Michigan’s secretary of state (notably Michigan’s governors, SoS, and AG are all women), and with Nevada, over those states offering voters the option to vote by mail given the pandemic. Without offering any evidence or proof, Trump made accusations of voter fraud and threatened both states with withholding federal funding — something he cannot do. Days later he commanded houses of worship to reopen immediately as “essential,” and similarly threatened governors not to get in the way — another power he does not have.

As the week came to an end, and the death toll neared 100,000 Americans in less than three months, Trump started Memorial Day weekend by golfing at one of his clubs. 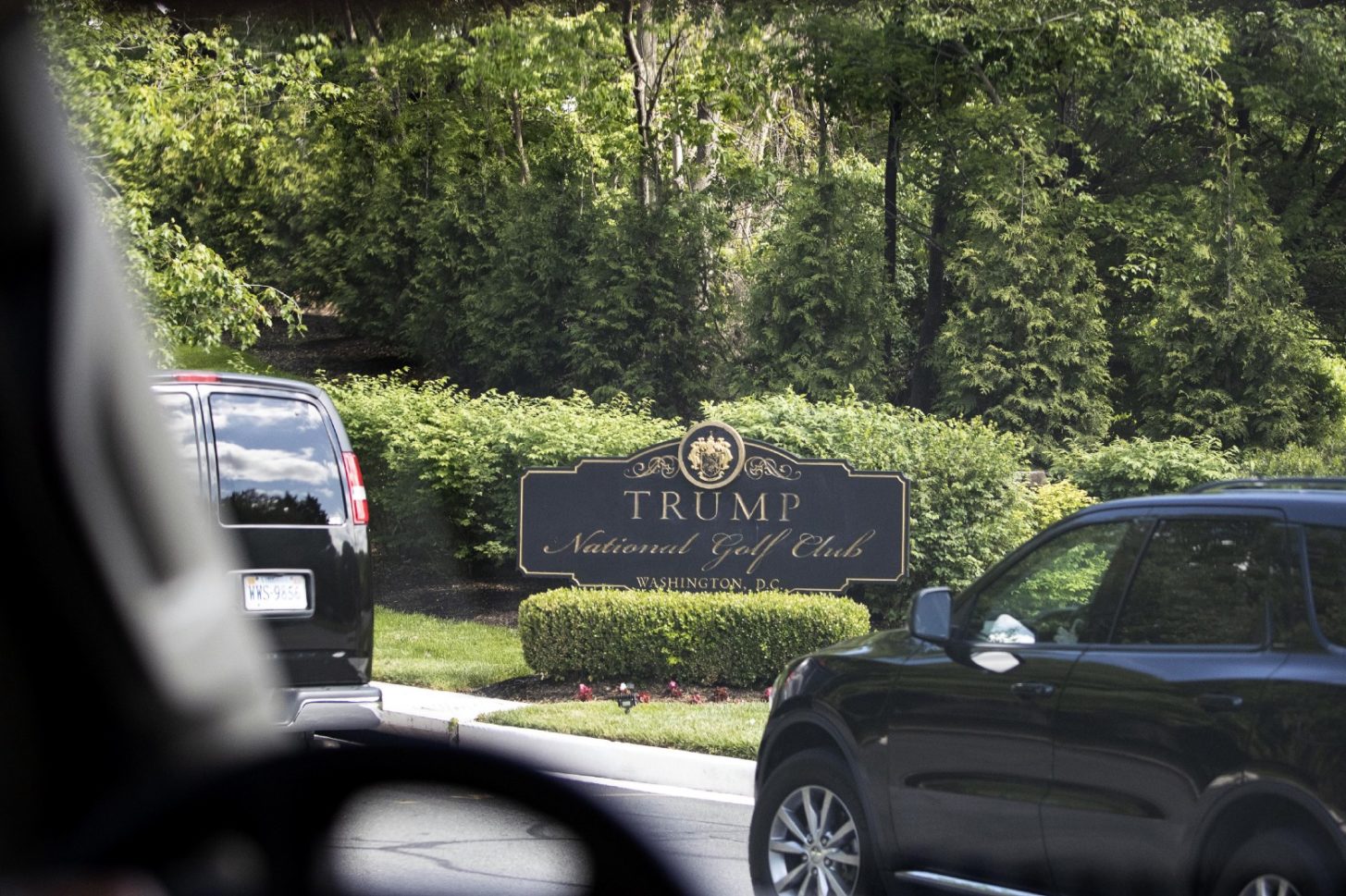 The motorcade for Trump arrives at Trump National Golf Club, Saturday, May 23, 2020, in Sterling, Virginia as Memorial Day weekend begins. Nearly 100,000 Americans had died from the coronavirus in less than three months.