This week Trump tried out a new, more positive approach as the death toll passed 80,000 and more than 36 million Americans were unemployed, claiming, “We have met the moment and we have prevailed.” Trump bragged the U.S. leads the world in testing, then later seemed to indicate testing was not important, and if we didn’t test so much, we wouldn’t have so many cases — leading an NYT health and science reporter to say of Trump, “This is not somebody whose grasp of the science is even third-grade-level.”

Contrary to Trump’s upbeat assessment, this week Dr. Anthony Fauci and CDC Director Dr. Robert Redfield gave somber testimony before the Senate, warning of dire consequences of reopening too soon. Whistleblower Dr. David Bright warned the House in testimony, “Without better planning, 2020 could be the darkest winter in modern history.”

This week Trump turned to an old strategy of blaming former President Barack Obama and accusing him of “Obamagate” — although it was unclear what this was, and Trump never clarified. Nonetheless, Fox News and the conservative media compliantly spent the week on this shiny coin, turning coverage away from the growing death toll, and grim economic news. Health experts pressured the FDA to issue a warning after a growing body of data showed hydroxychloroquine, the drug touted by Trump and his cohorts, could be deadly.

The week closed with an emboldened Trump firing another inspector general, the fourth in recent weeks, as he continued to retaliate and surround himself by incompetent loyalists — sadly, with little pushback and no consequences. 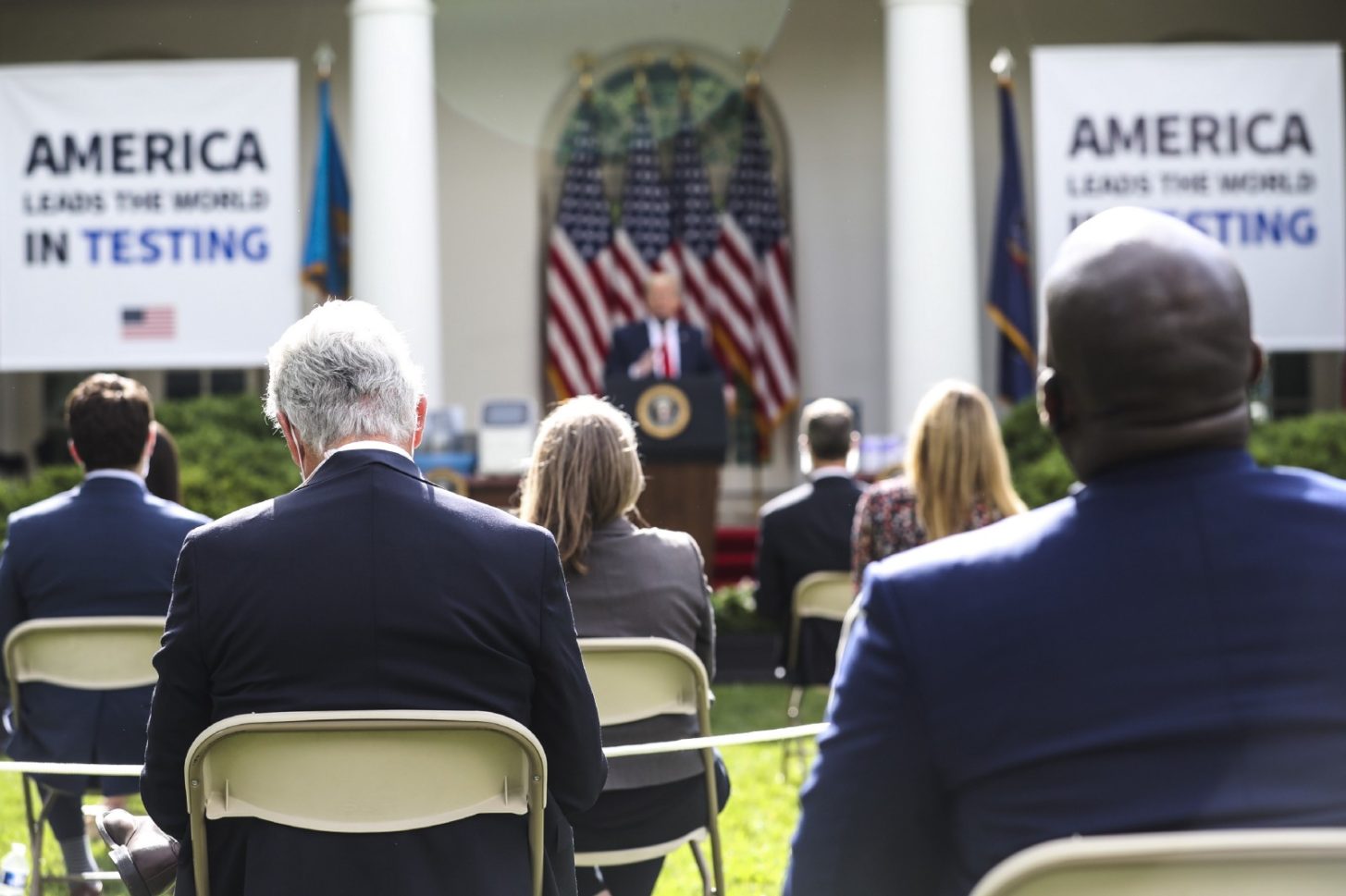 Trump speaks about the coronavirus, focused on testing, during a press briefing in the Rose Garden of the White House, Monday, May 11, 2020.