This was one of the darkest weeks since I started the list. The week began with Trump spinning conspiracy theories to distract from the country reaching the grim milestone of losing 100,000 Americans to the coronavirus, and ended with our country literally burning in the flames of our racial divide, with Trump throwing kerosene on the flames.

Susan Glasser, a writer for the New Yorker, noted the year 2020 has been some horrible combination of the 1918 (the deadly Spanish flu pandemic), 1929 (the Great Depression), and 1968 (the Civil Rights Movement). The heaviness, sorrow, and sheer exhaustion our country felt this week was the summation of Americans suffering, dying, and starving from the pandemic, and yet another death of a Black American at the hands of police. Trump was ill-equipped to handle any of it — let alone all at once. He golfed, tweeted, threatened Twitter for fact-checking tweets, and played upon every worse impulse in some hope of salvaging his approval and re-election prospects.

As we head into the November election, and Trump plays at every ploy he can to make voting less accessible, and raise concerns about the validity of an election with mail-in ballots, it is starkly clear that our country may hobble through to the election, but we could not withstand another four years of Trump — that would spell the end of the great American experiment. 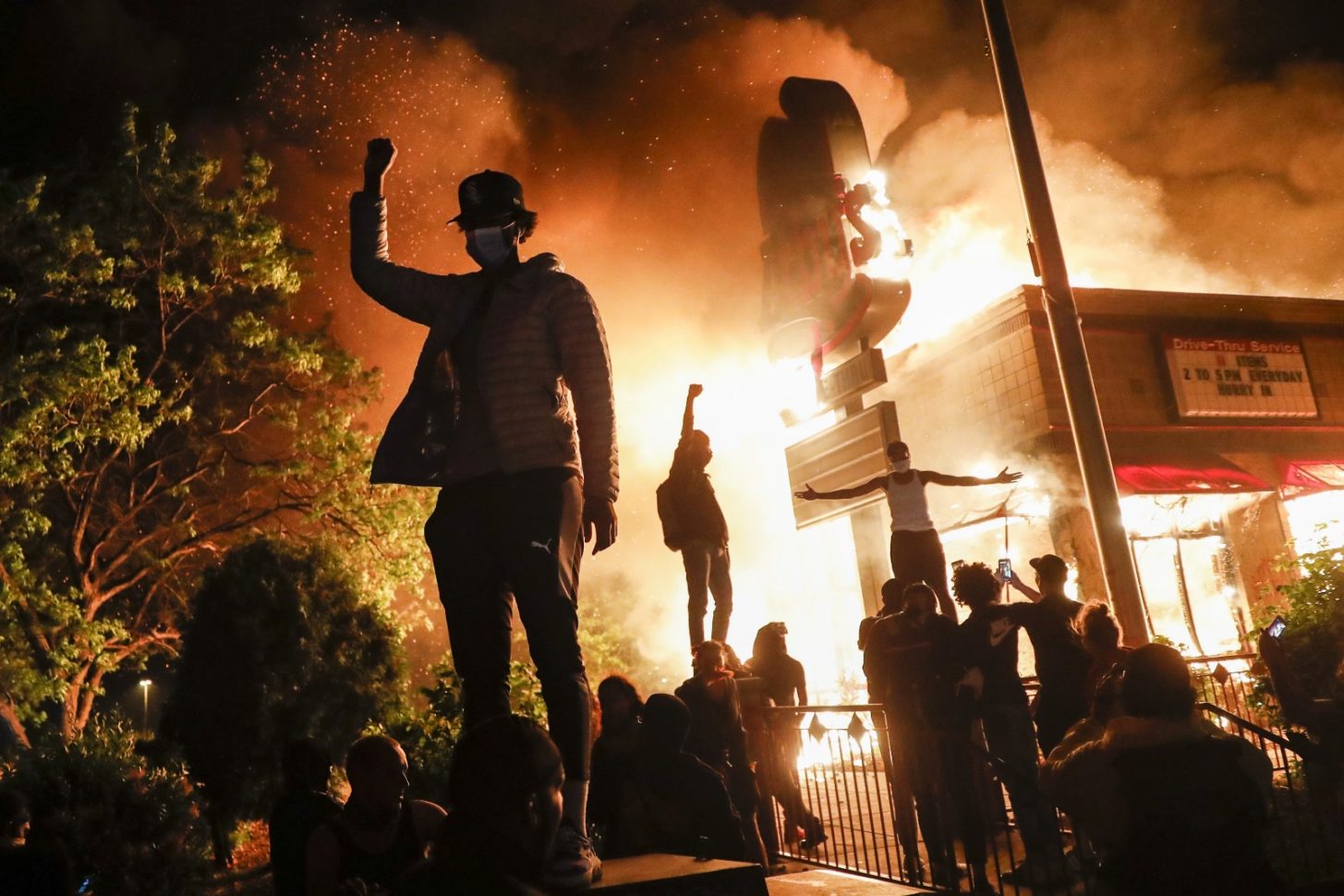 Protestors demonstrate outside of a burning fast food restaurant, Friday, May 29, 2020, in Minneapolis. Protests over the death of George Floyd, a Black man who died in police custody Monday, broke out in Minneapolis for a third straight night.