This week the United States had the highest spread rate of the coronavirus of countries reporting, starting the week with roughly 2,500 cases, and ending the week fourth in the world with more than 22,000. Countries that had early testing available like South Korea saw their daily adds ebb to below 100, while daily growth in U.S. cases was close to 50%. Despite Trump’s promises last Friday for 1.4 million tests this week, a new Google testing website and drive-thru testing at retailers — none of it happened. Trump continued this week to hold daily press briefings in which he lied, spread disinformation, and attacked the media, while self-aggrandizing — resembling and replacing Trump’s campaign rallies.

The Dow Jones Industrial Average traded down another 17%, the worst week since October 2008, and hitting levels below where the market traded when Trump took office. Goldman Sachs estimated 2.25 million Americans filed for initial unemployment this week — a record — while the Trump regime asked states not to report their data, lest the stock market, 30% off its highs, would trade further down. Several banks said the U.S. economy was already in a recession, and projected the second quarter gross domestic product would fall double digits, some estimating a fall of more than 20%. The Senate reconvened this week, but finalized little as businesses small and large shut down, and the nation came to a standstill.

Amid fear and panic, Trump assured the country all was well and he had matters in control — blaming China for the “Chinese virus,” while blustering we are at war with an “invisible enemy” that he will defeat. Fox News sharply shifted its tone on the virus, but much of the country, which has not been impacted, viewed it as a problem for three blue states. Hospitals around the country — especially New York and California — sounded alarms about lack of masks and other surgical gear, as well as ventilators and ICU beds. Trump shifted his tone from promising states help to telling governors, “We’re not a shipping clerk” — you’re on your own. 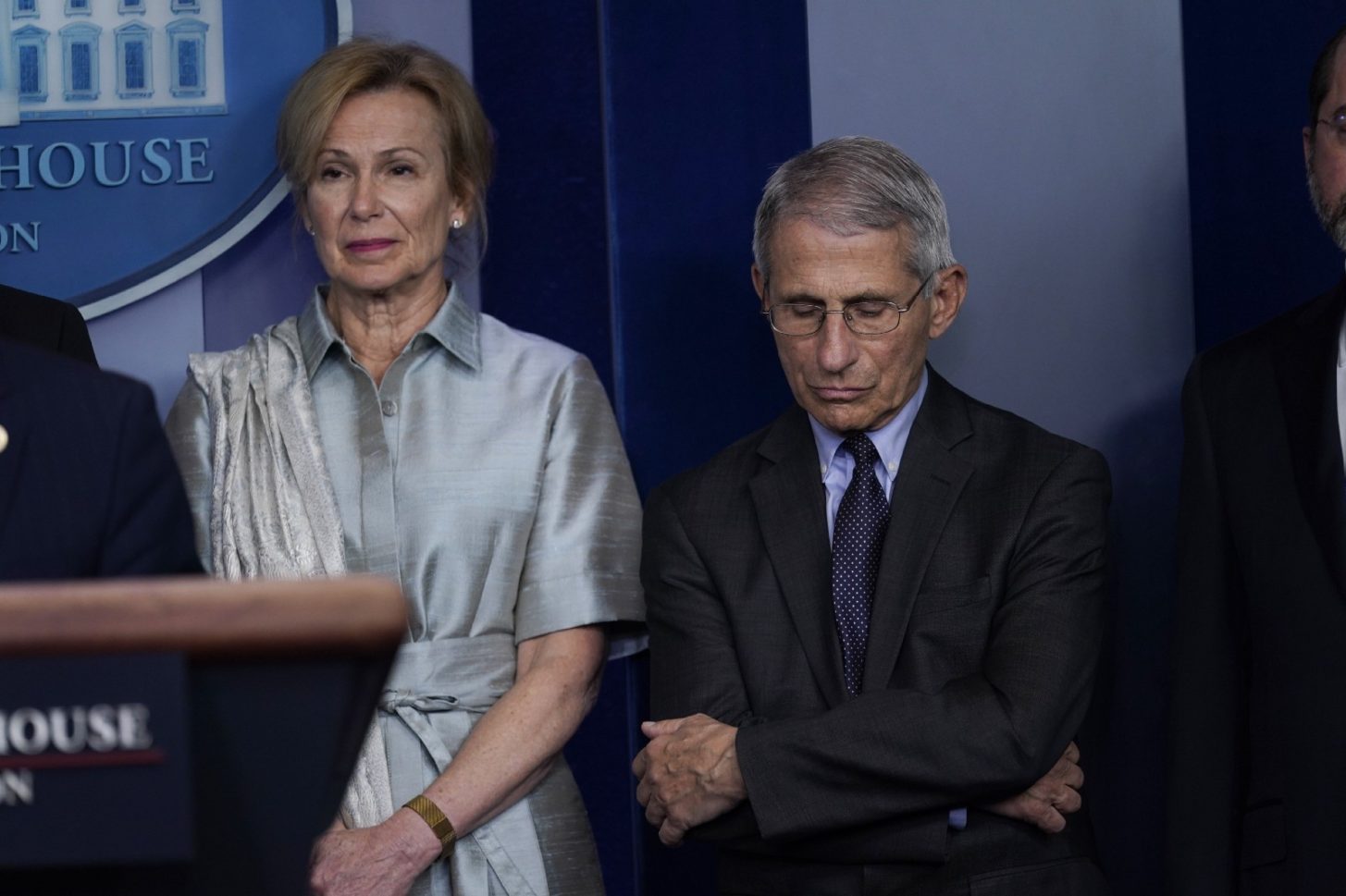 White House coronavirus response coordinator Dr. Deborah Birx, left, and Director of the National Institute of Allergy and Infectious Diseases Dr. Anthony Fauci listen during a coronavirus task force briefing at the White House, Friday, March 20, 2020, in Washington. This week Dr. Fauci contradicted Trump several times, and at one point during this briefing, covered his face with his palm.