This week the U.S. continued exponential growth of coronavirus cases, finding itself with the most cases in the world on Thursday — surpassing Italy and China. The number of deaths likewise continued to grow exponentially. New York was hardest hit, accounting for roughly half the cases, but was also ahead of the rest of the country in aggressively testing and quarantining.

An impetuous Trump, eager to put this all behind him, and concerned about the stock market and his re-election, continued to minimize the pandemic, saying Monday he wanted to reopen the economy at the end of a 15-day period, meaning next Monday. On Tuesday, he tweaked that slightly to say he wanted to have the churches full by Easter Sunday, saying it would be “beautiful.” Dr. Anthony Fauci, who seemed to be the sole voice of reason in the task force, pushed Trump to be flexible and watch the virus. This week, the daily coronavirus task force briefing devolved into Trump campaign rallies, filled with lies and disinformation — causing one death in Arizona where a man and his wife ingested Trump’s supposed coronavirus cure.

This week, Trump shifted from blaming China and using the term “Chinese virus,” to blaming New York as a “hot spot” — by week’s end, threatening a quarantine of the state and neighboring New Jersey and Connecticut. During the week, as confusion reigned with Trump’s inaction, states were left to fend for themselves, often bidding against one another amid a nationwide shortage of medical supplies. Rather than leading and unifying, Trump targeted governors who were, in his view, not nice enough to him — singling out Michigan Gov. Gretchen Whitmer as that state saw a surge in cases and deaths for his ire, refusing to declare the state a disaster, and according to Whitmer, telling vendors not to fulfill orders for medical supplies. States also started to follow Trump’s lead and target one another.

Congress passed a $2.2 trillion coronavirus relief package, as more than 3 million Americans filed for unemployment. Trump continued to attack the media for their coverage of his and his regime’s failures to lead and take action on this national emergency. 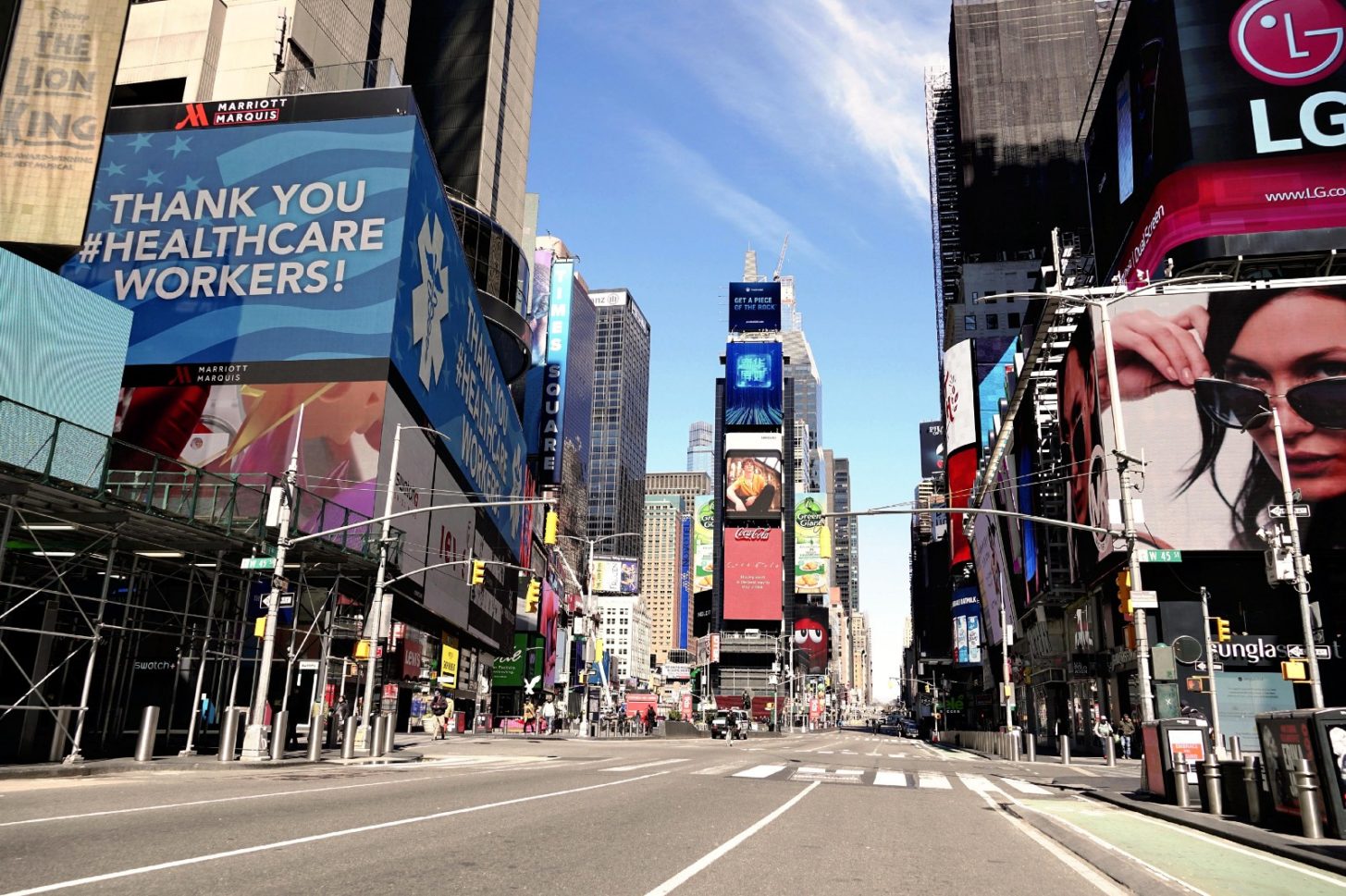 A deserted Times Square in Manhattan, New York on March 24, 2020, amid the outbreak of a new coronavirus COVID-19.