This week coronavirus cases and deaths in the U.S. spiked, adding close to 200,000 reported cases, and by midweek, more than a thousand Americans were dying each day. Trump pivoted from denying the crisis and wanting to reopen the country, to suddenly acknowledging the gravity and claiming if 100,000 to 200,000 Americans die, he will have done a “very good job” — a remarkable claim! Only two times in American history, the Civil War and World War II, did more Americans die.

Trump continued to blame governors, the media, and this week accused hospital workers in New York City — as that city became the global epicenter of the pandemic — of stealing masks and selling them off for a profit. Trump made this accusation three times. As New York prepared for the apex of cases, Trump denied Gov. Andrew Cuomo’s request for more ventilators, and when asked by reporters Friday if New York had enough for the expected weekend surge, responded, “we’ll find out.”

This week Jared Kushner was introduced at a task force briefing as leading much of the federal government response, despite his background as a real estate developer with no public health and scarce government experience. Kushner parroted Trump, saying the states are on their own and the national stockpile is not for them, and then when questioned by reporters on his misstatement on the stockpile, changed the associated language on the government’s website overnight. Reporting continued to reveal how poorly Trump has handled the pandemic response, including spending the first 70 days denying the problem existed and taking almost no action.

This was perhaps the most frightening time since Trump took office, as he appeared unmoved by the growing number of American deaths, and unwilling and unable to take any sort of action to improve matters, as the pandemic continued to ravage the U.S. By week’s end, the U.S. accounted for 1 in 4 worldwide cases, and 1 in 8 deaths.

Throughout the week, Trump tried throwing shiny coins to change the narrative: from launching a military counternarcotics operation, to bragging about a phone call with Saudi Crown Prince MBS on oil prices, to a blistering letter sent to Senate Minority Leader Chuck Schumer, to firing Intelligence Committee Inspector General Michael Atkinson late Friday night. But none of these acts distracted from the slew of American people dying. 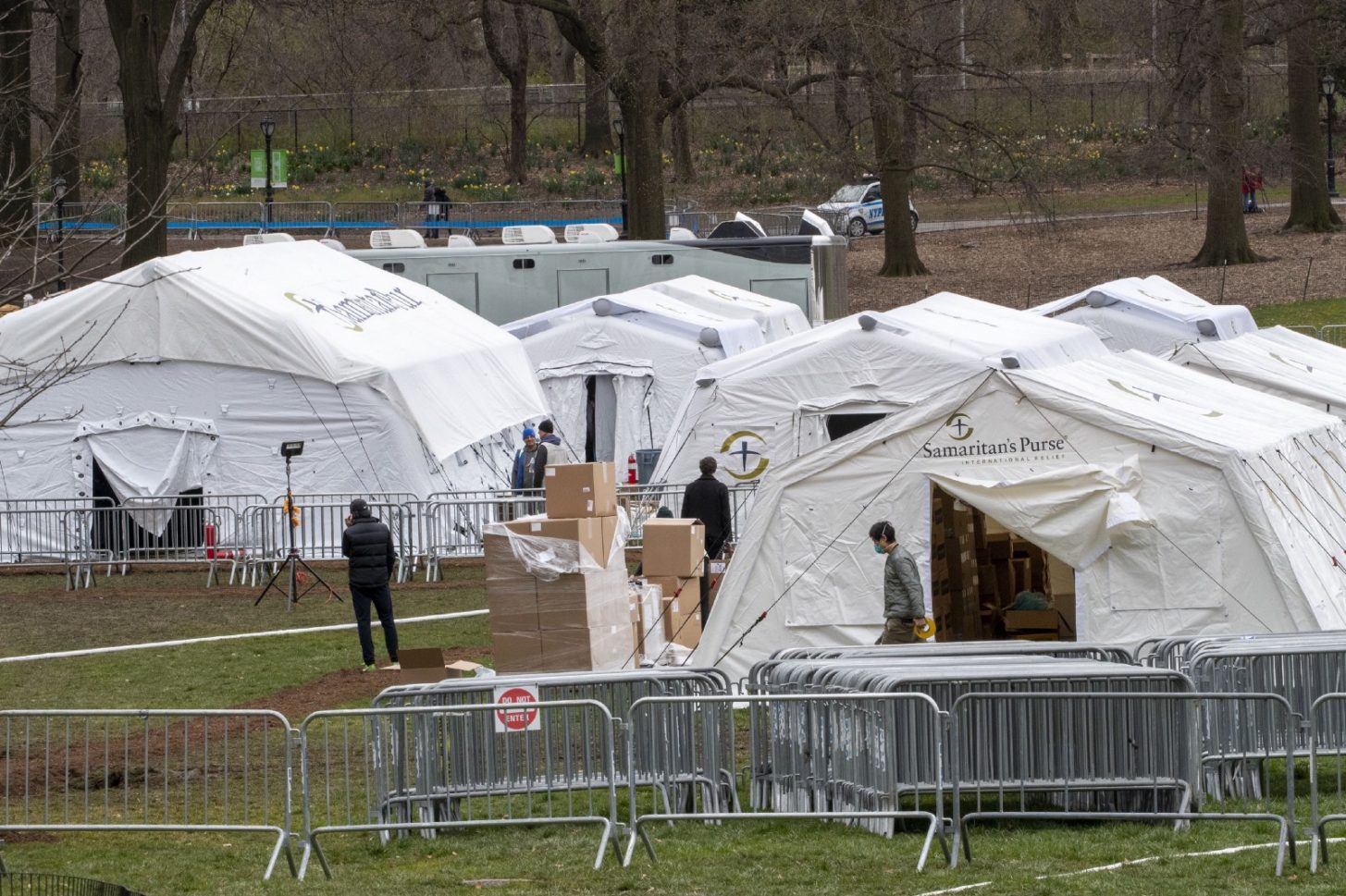