This week, nearly 12,000 Americans died of the coronavirus. The U.S. became not only the country with the most cases by a factor of three, but also the country with the most deaths in the world. As American bodies piled up, Trump was obstinate and refused to change his approach, instead continuing to tweet grievances and holding daily campaign rallies masquerading as task force briefings, some lasting hours long.

It became clear this week that neither Trump nor our federal government would have a plan or much of a role to play in stopping the growing outbreak — unthinkable in the history of our country. Instead, states were left to fend for themselves, and Americans learned to count on one another to stay home and volunteer to help. Trump’s short-lived bump in the polls disappeared, and approval of his and the federal government’s handling of the outbreak fell considerably.

This week Trump pushed the unproven drug hydroxychloroquine as his game changer, amplified by Fox News — taking a page from the Roger Ailes playbook of casting Trump as a hero bringing hope, and the “other media” and Democrats as villains who downplayed the drug to get back at Trump. Fox News and Trump allies also pushed other conspiracy theories, including that the death count was overstated.

As the week came to an end, Trump seemed on unfamiliar ground, unable to deploy his typical strategy of casting blame and making it stick and redirecting as Americans were dying, and dying alone — and the virus developed new hot spots in major cities and rural America. 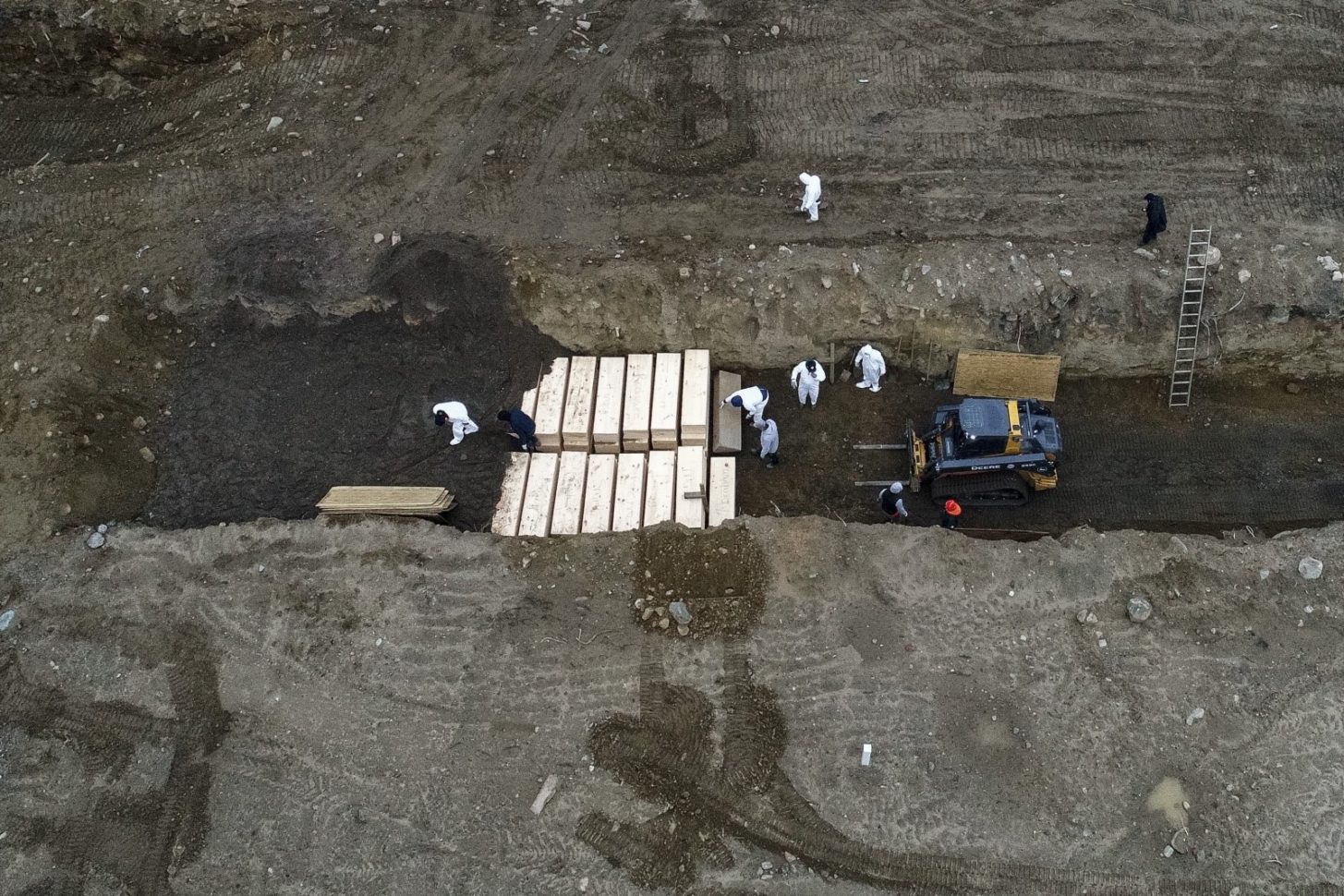 Workers wearing personal protective equipment bury bodies in a trench on Hart Island, Thursday, April 9, 2020, in the Bronx borough of New York. On Thursday, New York City’s medical examiner confirmed that the city has shortened the amount of time it will hold on to remains to 14 days from 30 days before they will be transferred for temporary internment at a City Cemetery. Earlier in the week, Mayor Bill DeBlasio said that officials have explored the possibility of temporary burials on Hart Island, a strip of land in Long Island Sound that has long served as the city’s potter’s field.