This week Trump threw a series of shiny coins to distract from the growing death toll and his mishandling of the coronavirus response. On Monday, he proclaimed he, not the governors, had “absolute authority” to reopen the country; on Tuesday he halted funding to the World Health Organization in the midst of a global pandemic; on Wednesday he threatened to adjourn Congress to make recess appointments; on Thursday he announced his plan to reopen the economy to much ballyhoo and which wasn’t actually a plan; and on Friday he encouraged protestors with tweets to “liberate” states from lockdown orders. Each item was remarkable on its own, and the media spent their days dissecting the legality of the pronouncements and whether they were presidential, as the death toll surpassed live lost in three years of the Korean War and kept going.

As the week came to an end, the United States accounted for nearly 1 in 3 worldwide coronavirus cases, and nearly 1 in 4 deaths. The U.S. is just 4.2% of the world’s population. It became increasingly clear that months of inaction, lies, and disinformation had turned a country which up through the Obama administration had been a leader in preventing global pandemics, into the epicenter of infection, death, and dysfunctionality.

As the U.S.counted 2,000 or more deaths per day, with no slow down in sight, Trump, Fox News, and conservative commentators minimized the import with various whataboutisms, and not-so-subtly pushed for the country to reopen. Not that the country was ready — it was definitely not according to public health experts. Rather Trump was singularly focused on getting re-elected, which required an economic upturn, as 22 million Americans filed for unemployment — even if that meant inciting insurrection. 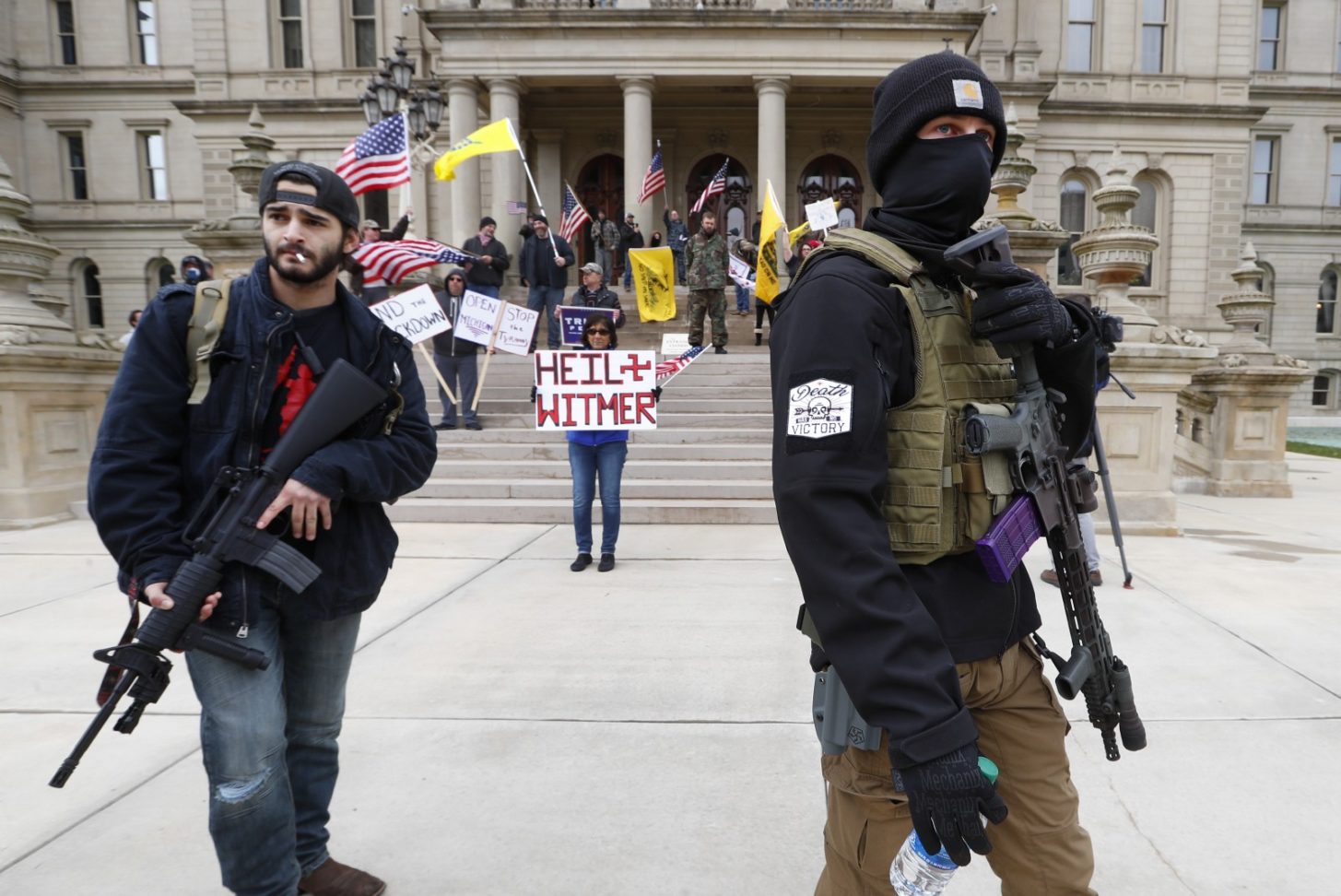 Protesters carry rifles near the steps of the Michigan State Capitol building in Lansing, Mich., Wednesday, April 15, 2020. Flag-waving, honking protesters drove past the Michigan Capitol on Wednesday to show their displeasure with Gov. Gretchen Whitmer’s orders to keep people at home and businesses locked during the new coronavirus COVID-19 outbreak. (AP Photo/Paul Sancya)