This week the coronavirus spread in the U.S. from 22 to 387 cases in 28 states, with at least 19 people dead. The number of cases is likely well under-reported due to the lack of available testing kits — one of many signs that the Trump regime is ill-equipped to tackle what is likely to become a global pandemic. The lack of verified information, combined with the constant disinformation put forward by Trump and his regime, led to a general sense of panic, as travel, conferences, and other events were canceled.

The economy showed signs of cracks, with a highly volatile stock market, and interest rates hitting historic lows as investors sought safety. Trump tried one day to urge people to go to work even if sick, then reversed himself, and all along used his own “hunch” about death rates and spread of Covid-19, parting from scientists and the World Health Organization. Amid the public crisis, Friday evening, Trump fired Mick Mulvaney and installed loyalist Rep. Mark Meadows as his fourth White House chief of staff in just 38 months.

As Joe Biden emerged on top of the 2020 Democratic pack, Trump and his allies in Congress sought to launch investigations into Hunter Biden and Burisma. A federal judge appointed by George H.W. Bush sharply criticized Attorney General William Barr’s handling of the Mueller report, saying that he put forward a “distorted” and “misleading” account of its findings to protect Trump, and his “lack of candor” had harmed not only his reputation, but also that of the Justice Department. The judge demanded to see a full version of the report to determine if redactions were appropriate. 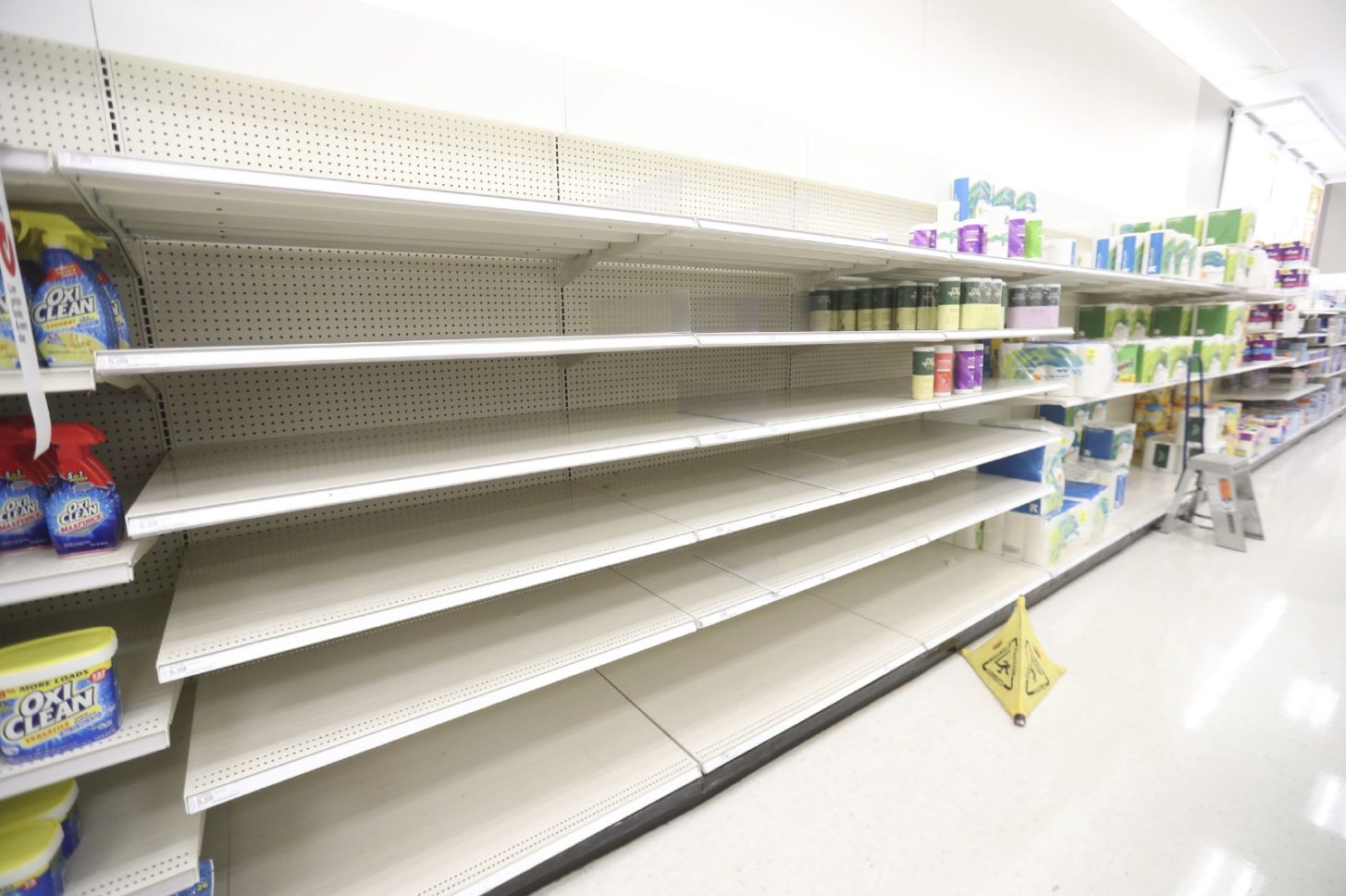 Local Target store in the D.C area depleted of cleaning and sanitizing supplies and left with empty shelves as fear grow of COVID-19 (the coronavirus) reports increasing on March 7, 2020 in Springfield, Virginia.