This week the coronavirus consumed the country and the world, as it spread from continent to continent. Trump’s strategy in recent weeks of ignoring and minimizing the virus’ import became untenable as his precious stock market plummeted, and country by country news spread of deaths and disruptions. The global stock markets have lost $6 trillion in value from the outbreak, while the Dow Jones Industrial Average and Standard & Poor’s 500 lost 12% and 11% this week alone, the worst fall since the recession of 2008.

Trump held an impromptu news conference Wednesday, where he openly contradicted the experts by his side. He spent the week blaming the market’s plunge on the media, the Democrats, and even the Federal Reserve. Trump’s firing of the U.S. pandemic response team, and cuts to the Centers for Disease Control and Prevention’s budget and focus, left the country flat-footed and ill-prepared.

As the week came to a close, the first American died from the coronavirus, and shortly after the news was publicly reported, Trump held his second news conference on Saturday afternoon, appearing somber and disoriented. Negative global economic news continued to come up, suggesting the stock market’s turmoil was far from over — and Trump, who has centered his re-election around the stock market price, started to see polling suggesting trouble. 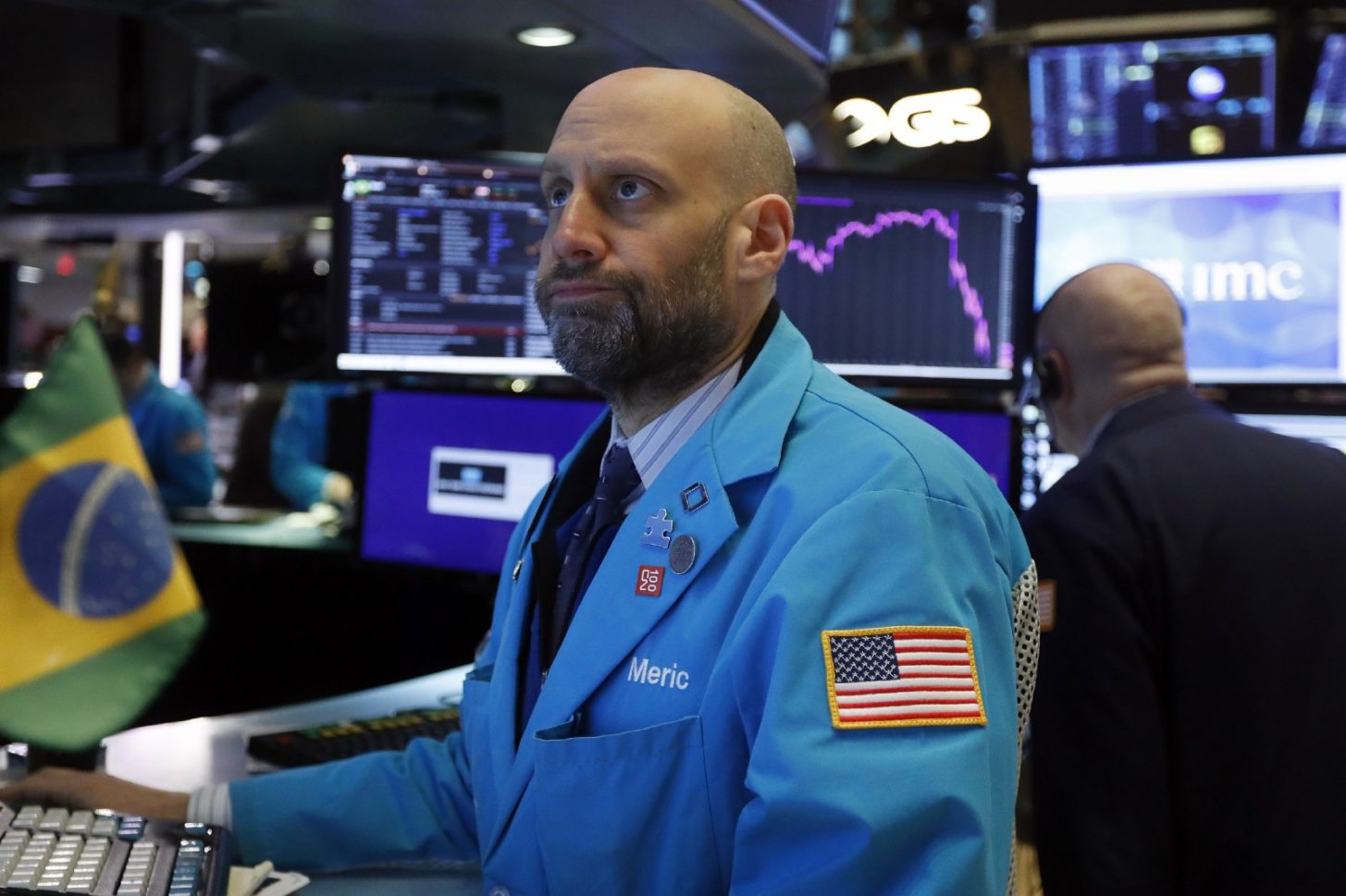 A specialist works on the floor of the New York Stock Exchange, Friday, Feb. 28, 2020. Stocks opened sharply lower on Wall Street, putting the market on track for its worst week since October 2008 during the global financial crisis.