In this historic week, Trump became the third president in U.S. history to be impeached. Unlike his recent predecessors who faced the process, Richard Nixon and Bill Clinton, Trump showed no remorse; rather as the vote was occurring, Trump blasted impeachment and his political opponents in a two-hour meandering speech at a campaign rally in Michigan. Even by his standards, his rhetoric was mean and petty — invoking a deceased Congressman, and suggesting he was watching from hell as his wife, Rep. Debbie Dingell, voted for impeachment.

Republicans continued to stand by Trump like sycophants. The hubris of Senate Majority Leader Mitch McConnell and Sen. Lindsey Graham, saying their minds were made up and the Senate impeachment trial would not be fair, led House Speaker Nancy Pelosi to hold the articles of impeachment, refusing to transmit them before Congress recessed for the holiday break. Reporting continued to expose Trump’s strange ties to Russia, while in plain sight Trump allied with Russian President Vladimir Putin while continuing his frosty relationship with Ukraine.

As Trump continued his war on the so-called deep state, the exodus of senior employees at the Pentagon continued, and morale at Secretary of State Mike Pompeo’s office plummeted. The country felt on edge and divided as Congress and Trump departed, with Pelosi in control of the process, and no clear road ahead. Christianity Today, a mainstream evangelical magazine, called for Trump’s removal in a scathing op-ed, calling him “profoundly immoral.” 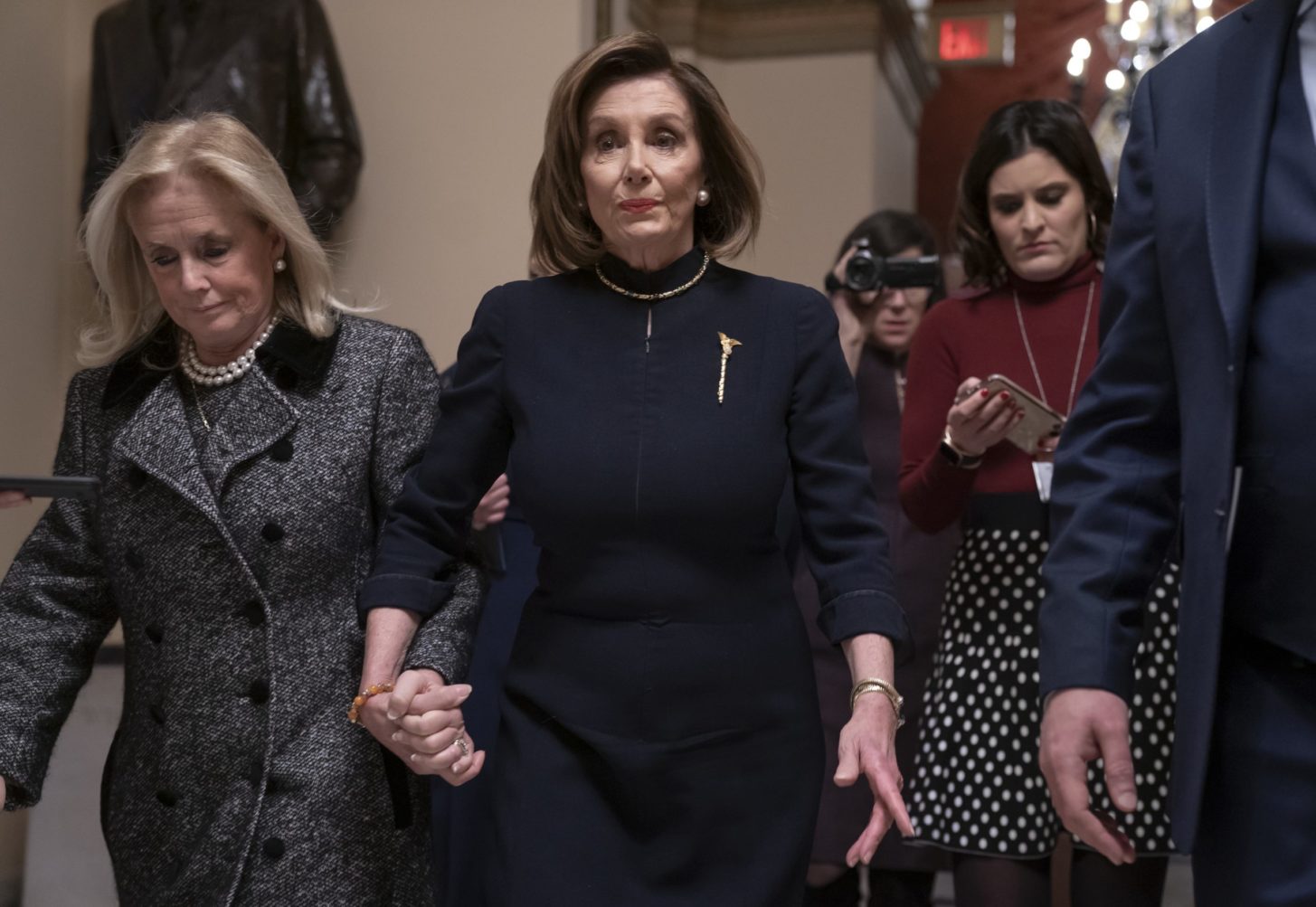 Speaker of the House Nancy Pelosi, D-Calif., holds hands with Rep. Debbie Dingell, D-Mich., as they walk to the chamber where the Democratic-controlled House of Representatives begins a day of debate on the impeachments charges against Trump for abuse of power and obstruction of Congress, at the Capitol in Washington, Wednesday, Dec. 18, 2019.