This week, the House Judiciary Committee debated and voted to approve two articles of impeachment against Donald J. Trump, for abuse of power and obstruction of Congress. After two fiery days of debate, the panel took a somber vote Friday, marking the fourth time in U.S. history the Judiciary passed articles of impeachment. Remarkably, Senate Leader Mitch McConnell appeared on Fox News the night prior, saying he was in “total coordination” with the White House, and there was “zero chance” Trump would be removed from office.

On the same day Democratic House leadership announced the House would move forward on impeachment, Trump hosted Russian foreign minister Sergey Lavrov in the Oval Office, closed to U.S. press. Notably, the day prior, Ukrainian President Volodymyr Zelensky, who has yet to be invited to the White House, met with Russian President Vladimir Putin in Paris, without Trump issuing any sort of statement or tweet in support of Ukraine.

This week the Justice Department Inspector General report was released, and although IG Mike Horowitz found no political bias and said the FBI was justified in opening its investigation, Trump and Attorney General William Barr both publicly disparaged the report. Former AG Eric Holder called on Barr to step down.

With impeachment in full gear, Trump, who fears the stain on his legacy, while portraying strength, has taken to binge tweeting — on one day alone tweeting or retweeting 123 times. The full House will vote on impeachment next Wednesday, and as the week came to a close, only one moderate House Democrat had defected. 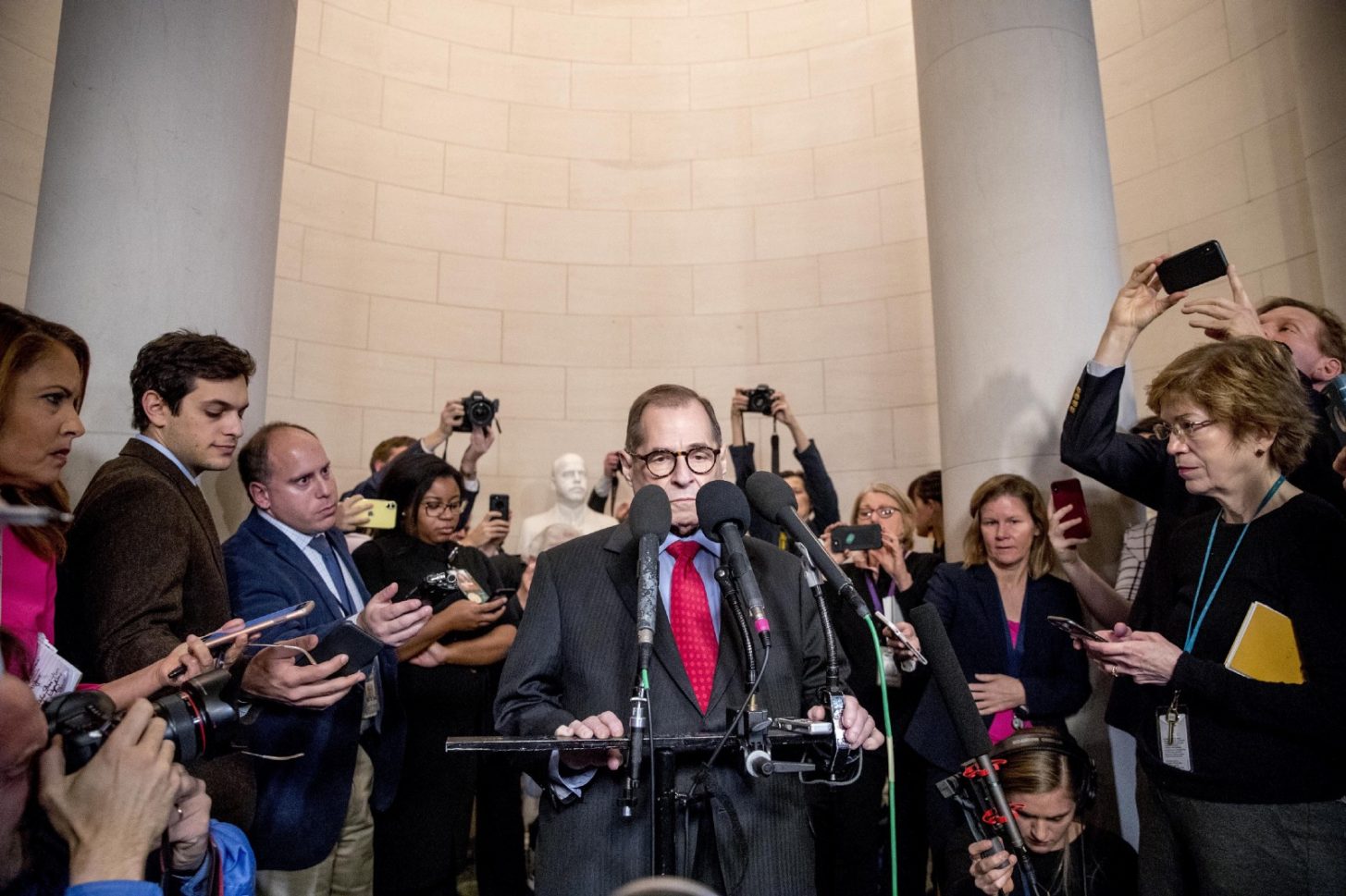