This was the quietest week in months as Congress left Washington for a two-week holiday break. After House Speaker Nancy Pelosi refused to transmit articles of impeachment to the Senate, Trump spent the week stewing and repeatedly attacking her on Twitter and in his limited public appearances. Sen. Lisa Murkowski became the first Republican Senator to speak out against Majority Leader Mitch McConnell’s handling of the impeachment trial, saying she was “disturbed” by his “total coordination” with the White House.

Trump spent the week at Mar-a-Lago, removed from White House staffers and consumed with airing his personal grievances and amplifying far-right conspiracy theorists. He and his allies attacked Canadian Broadcasting Corporation for cutting out his cameo appearance in a Christmas showing of “Home Alone 2.” Trump also spent much of his days quoting hosts and guests on Fox News, and retweeting allies and conspiracy theorists.

This week the media did a bit of reckoning on its coverage of Trump, after Rolling Stone published an interview of “Meet the Press” host Chuck Todd, in which he admitted he has been “naive” in his coverage and complicit in the spread of disinformation. Evangelical leaders continued their online battle over whether Trump’s moral unfitness was grounds for his removal. 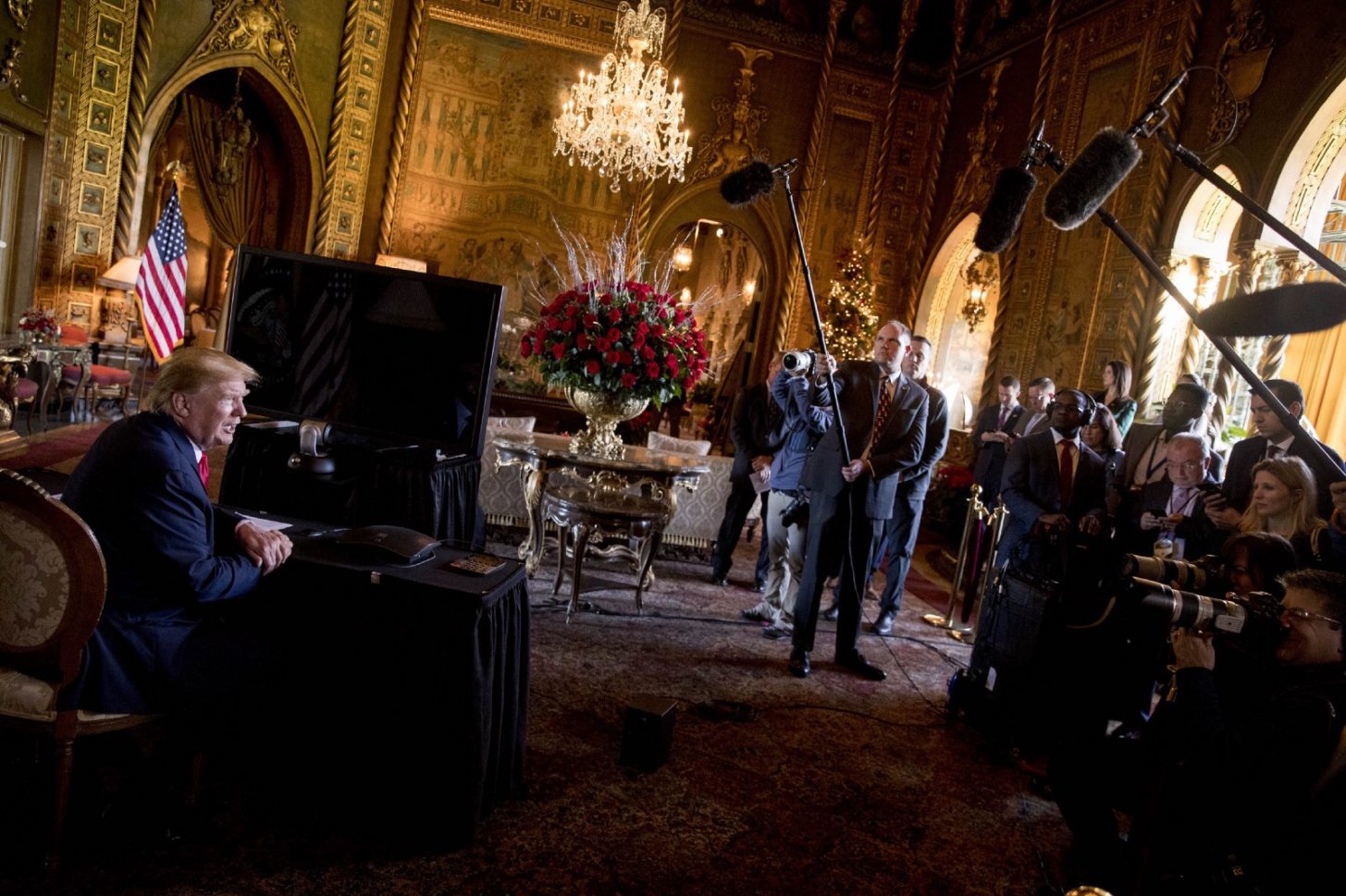 Trump speaks to members of the media following a Christmas Eve video teleconference with members of the military at his Mar-a-Lago estate in Palm Beach, Fla., Tuesday, Dec. 24, 2019.