As a backdrop, this week additional reporting and documents released under Freedom of Information Act requests painted a far more dire picture for Trump heading into a Senate impeachment trial. As House Speaker Nancy Pelosi continued to hold the articles of impeachment, the mood seemed to shift with Senate Majority Leader Mitch McConnell trying to defend his statements about pre-judging the matter and his actions of moving in lock-step with the White House.

This week the country was again rocked by an anti-Semitic attack, amid a massive increase of hate crimes in U.S. major cities. Trump remained passive on the rise of hatred of all kinds, which continued to escalate to record levels in 2019. 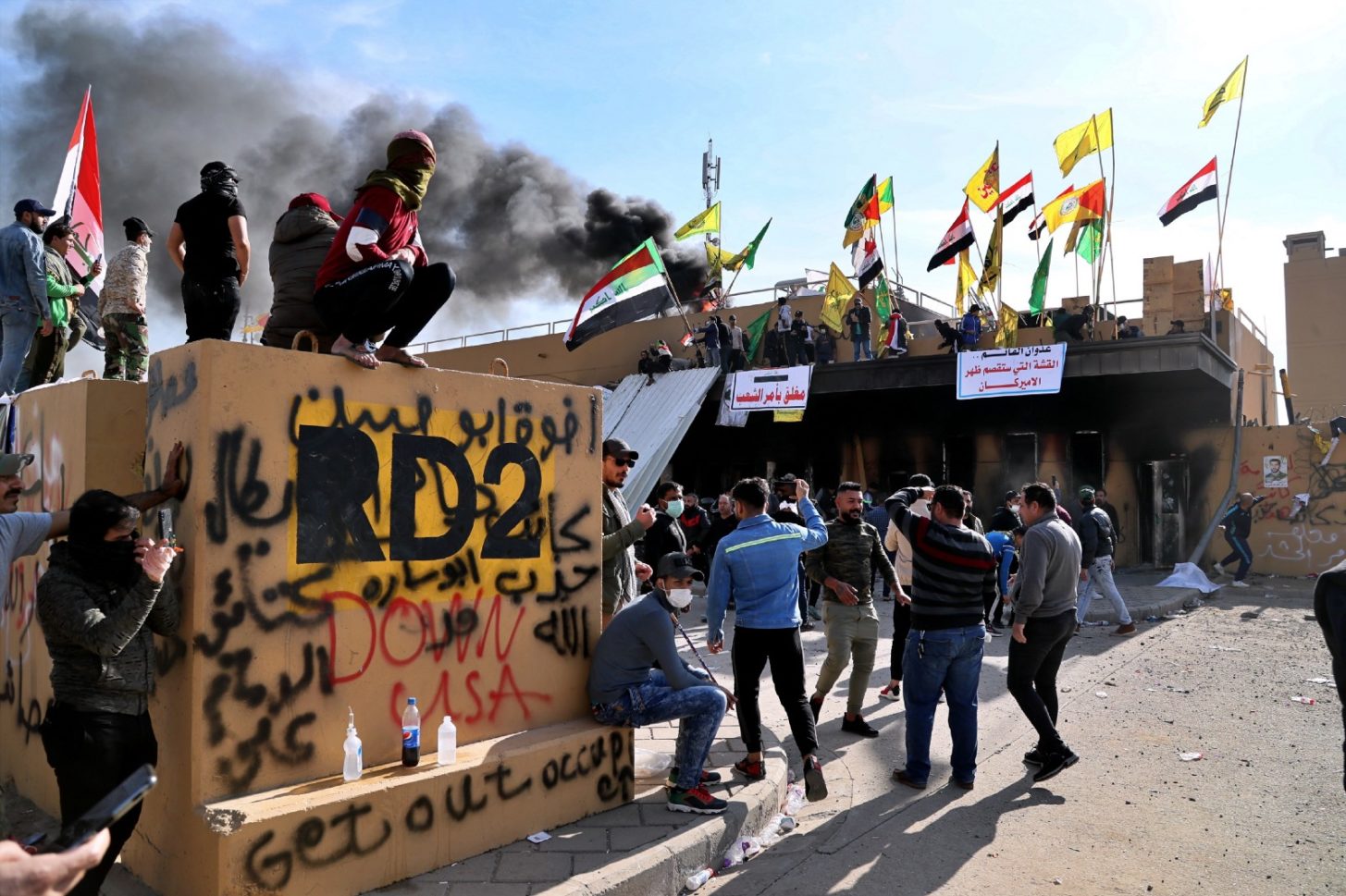 Pro-Iranian militiamen and their supporters set a fire during a sit-in in front of the U.S. embassy in Baghdad, Iraq, Wednesday, Jan. 1, 2020. U.S. troops fired tear gas on Wednesday to disperse pro-Iran protesters who were gathered outside the U.S. Embassy compound in Baghdad for a second day as pro-Iranian militiamen and their supporters had camped out overnight at the gates of the embassy. On Tuesday, dozens of the protesters had broken into the compound, trashing a reception area and smashing windows in one of the worst attacks on the embassy in recent memory.