This week as the country was on the brink of war with Iran, we stood alone, with the Trump regime having neglected to consult with our allies in Europe or the region. Reporting indicated the decision to strike that precipitated the latest crisis was made by Trump and Trump alone, amid his shrinking circle of less experienced but more compliant national security experts. After Iran retaliated, Trump seemed flat-footed, saying he would address the country that night, then backing off. The next morning he addressed the nation in a speech which he seemed to struggle to deliver, full of lies and misinformation, and which clarified little on strategy or the reason for the escalation. One of the numerous unintended consequences of the escalation was a downed Ukrainian Air plane, with 176 passengers killed over Tehran in the fog of war.

The basis for the strike was in dispute during the week, as the regime failed to provide Congress or the American people with information to back their ever-changing rationale. By the end of the week, the regime indicated it was threats to U.S. embassies that led to the strike, with Trump specifying, without providing evidence, four embassies in total. Reporting also indicated there was another planned strike the day Soleimani was killed, targeting a senior Iranian military official in Yemen, that failed — indicating a broader attack may have been underway, and further muddying the regime’s account of events.

This week former National Security Advisor John Bolton offered to testify in the Senate impeachment trial, which Trump later said he would likely block, as House Speaker Nancy Pelosi scheduled a vote to send the articles to the Senate. Republicans continued to largely stand behind Trump, even as he nearly brought the country to war without reason, and as the impeachment trial is set to get underway. 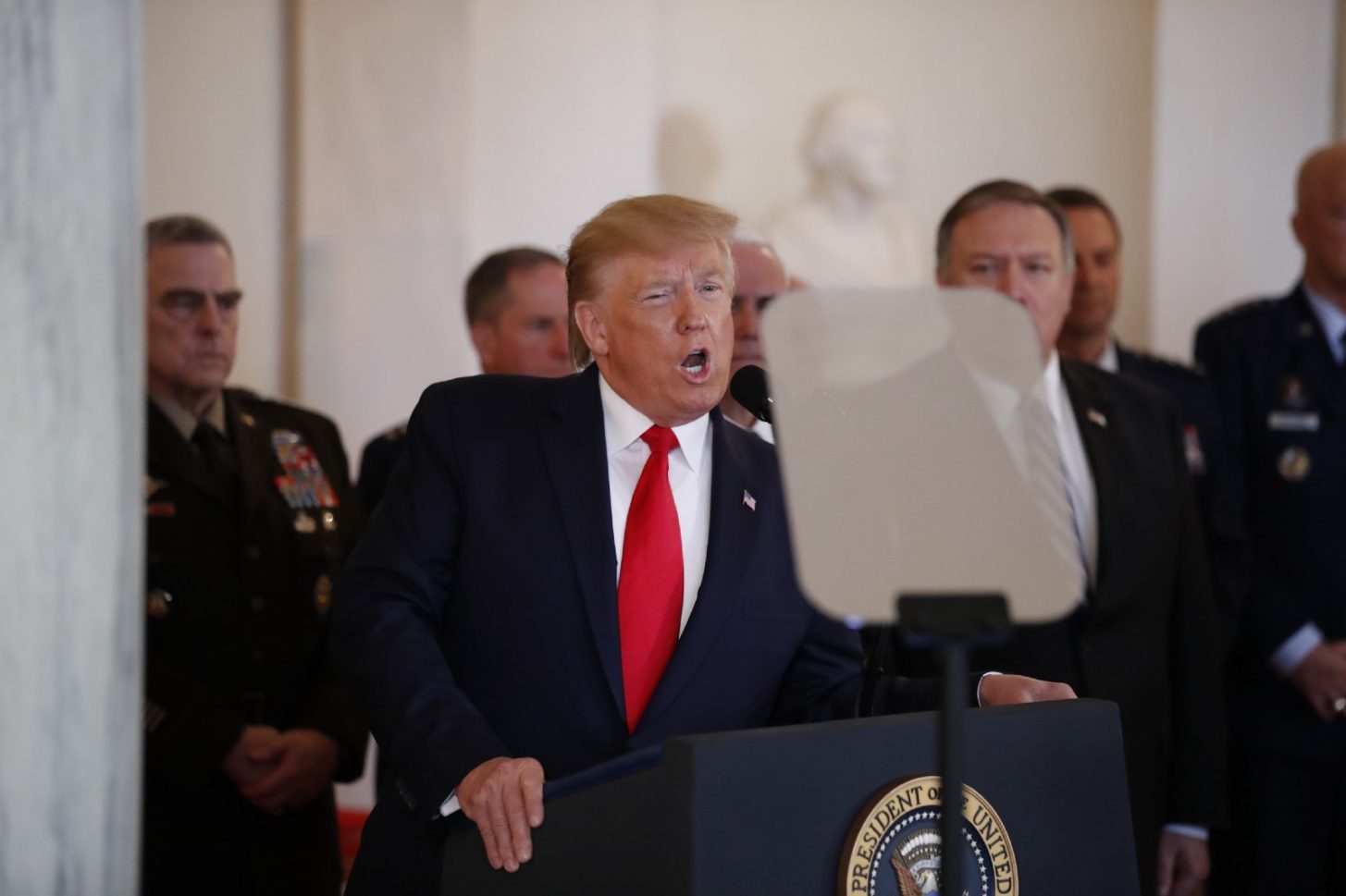